"The America of John McCain has no need to be made great again because America was always great." 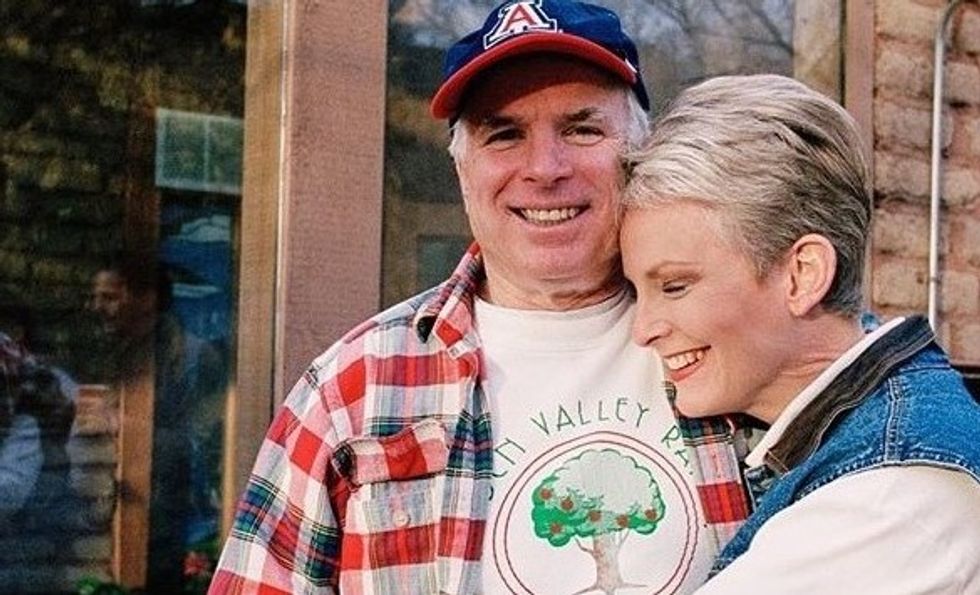 On August 25, 2018, America lost a war hero who displayed the utmost bravery in the face of one of the most terrifying situations a person can be placed into. Born on August 29, 1936, to Navy Admiral John S. McCain and his wife, Roberta, John McCain spent much of his early life living on various naval bases and eventually went on to attend the United States Naval Academy, graduating in 1958.

When the Vietnam War broke out, McCain volunteered to fly carrier-based attack planes on low-altitude bombing missions over North Vietnam, which led to his capture in 1967 when his plane was shot down. Eventually, his captors learned of his father's military status, which caused them to offer him early release. McCain refused in accordance with the military code of conduct, which required that a member of the armed forces not accept any favors from the enemy if captured, and the deal for his early release meant that he would be leaving before many men who had entered the prison before him. After his refusal of their offers, his treatment worsened, leading to even more intense torture than before, all while he had untreated injuries from his plane crash. At the time of his release, he had been imprisoned for five and a half years.

It is easy to see how McCain was a man of unrelenting bravery who fought hard for his country and his death has led to many Americans expressing their sorrow at the loss of such a hero. None of which was as touching as the eulogy delivered by his daughter Meghan McCain. Her speech shows just how much respect she has for her father and how much she was able to learn from him throughout her life.

One line that is particularly notable is, "The America of John McCain has no need to be made great again because America was always great." Although she is making a political statement directed at President Trump, she is doing so with grace, and I cannot think of a better way to eulogize her father than to include his love for his country and the sacrifices he had made for it in her speech. Of course, Trump tweeted "Make America Great Again" in an obvious symbol of rebellion. Was this appropriate? Of course not, especially after the history he has of making inappropriate comments about John McCain and other prisoners of war.

As many people know, President Trump was not invited to the funeral after making insensitive comments that poked fun at prisoners of war, saying that he preferred people who did not get captured and that McCain's status as a war hero is due to his capture, completely disregarding the sheer strength McCain had shown in a truly horrific situation, the likes of which few people would be able to survive, let alone deny themselves freedom for the sake of honor.

john mccain
Report this Content
This article has not been reviewed by Odyssey HQ and solely reflects the ideas and opinions of the creator.