Maybe "The Boy Who Lived" should have lived only until Book 7. 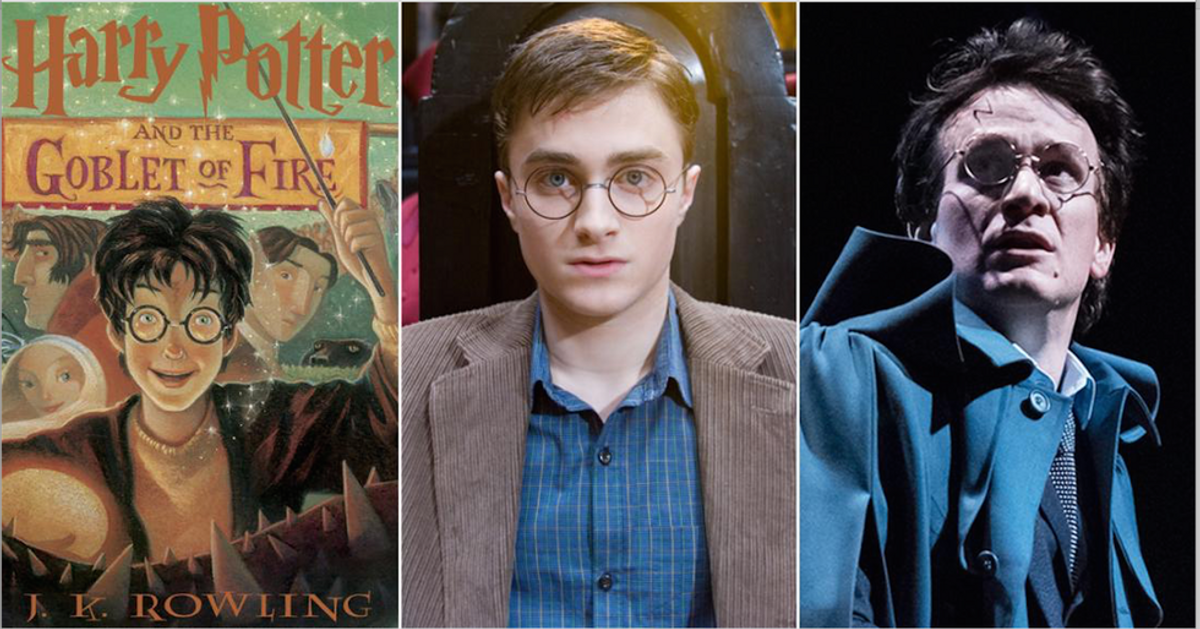 July 31st marks the 36th birthday of the wizard we all grew up with. This year, Harry Potter’s birthday is also noteworthy because of the midnight release of the eighth book in the series, written as a play: “Harry Potter and the Cursed Child.”

Excitement has been buzzing about the book since Rowling announced it, and the onstage performances in London have been selling out. But I have to wonder—is Rowling selling out, too?

For one thing, the seventh book left off on a very final note: “All is well.” The epilogue shows readers what became of the characters in the future and the series is neatly wrapped up as Harry, Ginny, Ron, and Hermione drop their children off at the Hogwarts Express. Now, Rowling has penned an eighth book that takes readers where the epilogue left off, in which Harry is a father of 3 and works for the Ministry of Magic. The play follows Harry’s son Albus Severus Potter as, unsurprisingly, Potters’ past snakes its way into the present. In hindsight, it seems that Rowling’s neat, “All is well,” was intentionally ironic.

But in some ways, it seems like Rowling does not know how to just leave a good thing alone. Is this eighth book really going to shed indispensable light on Harry’s story—or is it akin to turning on a flashlight in a sunlit room? More and more, it seems that Rowling is expanding the Harry Potter franchise rather than his individual story. From the theme parks, to the “Fantastic Beasts” movie, and now to this play, all sorts of holes are being filled in that no one had even noticed—since Rowling dug them only so she could fill them in herself.

Rowling is even expanding her wizarding world to North America as well. Ilvermorny, the North American Hogwarts she described in a recent Pottermore post, is another leaf of the same tree, just uprooted and moved across the Atlantic. Is it really a fresh story, or just more of the same?

With the release of “The Cursed Child,” I have to wonder: Can the Harry Potter books stand on their own spines, or do they need new information to stay relevant and interesting? For our generation, growing up with Harry was part of the magic; we eagerly awaited the next year in Harry’s life as we ourselves grew older. For new generations of Potter fans, perhaps Rowling is trying to compensate for the fact that they did not grow up with Harry and thus is releasing new material to change that. Or perhaps she simply enjoys expanding her wizarding world.

Either way, is it necessary to expand Harry's existence outside the books? As works of fiction, they should be able to stand on their own, without adding heaps of new updates and stories. The same can be said for the other revisions Rowling has dropped along the way, like the fact that Dumbledore was supposed to be gay. But if this did not come across in the books, does it really matter? If Dumbledore is only gay in hindsight—not because it was obvious in the books, but because the author clarified that later—then the fictional work cannot stand on its own.

Do not get me wrong, I will be purchasing and speed-reading my copy of “Harry Potter and the Cursed Child” along with millions of others. Reluctantly, however, I will wonder whether the updates are necessary, or if "The Boy Who Lived" should have lived only until book 7.