Founders Of Color: Jia Wertz On Building A True Crime Empire And Freeing The Wrongfully Committed

If you're a true-crime-lover, you need to know her name. 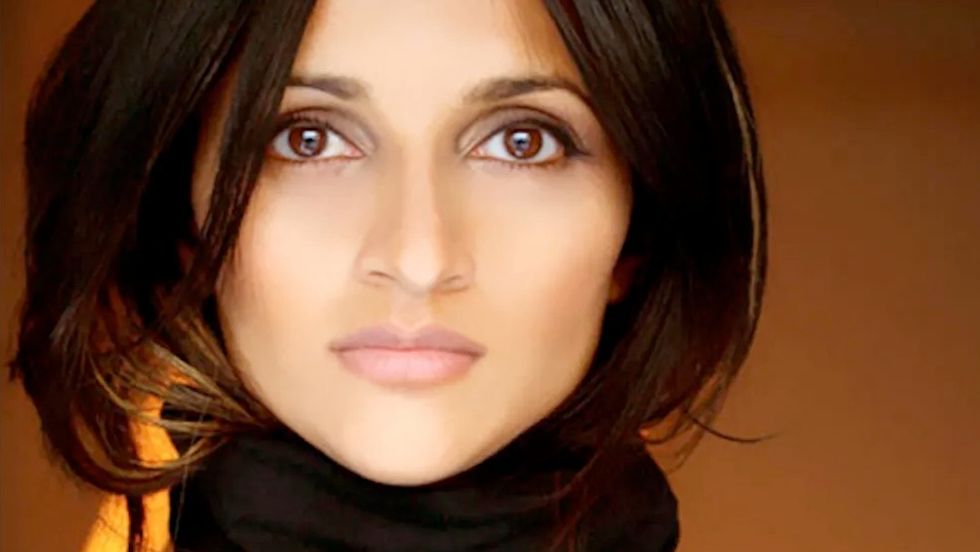 Jia Wertz' resume of accomplishments includes her own fashion house, a past life in photography, and documentary filmmaking — and that's the short list.

I was massively intimidated by her till I met her and was immediately hit by her incredible grace and warmth. To meet Jia is like meeting up with a longtime friend or sister, and it's obvious why. Throughout her multiple past lives in fashion, PR, and cinema, one thing has remained consistent: her passion for championing women and people of color.

Her years of experience and international recognition culminated in the recent launch of her documentary film, "Conviction," available now on Amazon Prime, launched on August 5 to already be accepted in film festivals around the world.

In every one of her accomplishments and pieces of art, one can see Jia's passion for championing underserved audiences, and this is her story:

What has been your biggest challenge and highlight as an entrepreneur?

Luckily, I haven't had a lot of challenges.

But growing up I was bullied incessantly for the color of my skin; I grew up in a predominantly white city.

In the '80s, Calgary was around 90 percent Caucasian. Being bullied has stuck with me. I was bullied from elementary school all the way till junior high school.

I notice myself holding back from doing things because I'm always worried about what other people will think. It's only in the last few years that I've stopped holding myself back or questioning myself.

It made me super quiet, shy, and introverted, so at networking events and stuff, I was never the one who would make connections.

Then when I had public speaking opportunities for my business, I always thought I was going to go up there and everyone would judge me. That was my default mindset. About ten years ago, my mindset changed when my husband said: People are nice and people are rooting for you. People want to see you succeed.

Now when I have public speaking events, I keep his words in mind, and I actually love it. I do it all the time.

I have to remind myself, why would people want me to fail? Kids were mean when I was young, and I was living in that bubble. But that's not my reality today.

When I wanted to go to film school, I knew exactly what I wanted to do. I wanted to highlight or investigate cases and help people wrongfully accused of a crime.

I definitely dealt with imposter syndrome – why am I the person to do this? But the other question is, why not?

I'm going to put my life on hold and do this. I was a little hesitant to approach the people whose story I want to tell but so far people have been happy to have the support.

The biggest highlight of my career has been the release of my film last week. It's been the thing I've gotten the most positive feedback on. The film is called "Conviction" and it's a true-crime documentary about a wrongful conviction, where an innocent 16-year-old boy was falsely accused of raping and murdering a fellow classmate.

The film has gotten a lot of positive testimonials and glowing reviews.

I've received so much positive feedback, and it's been very motivating.

How much does coming from a marginalized community play into the way you conduct business on a day-to-day basis?

I lean towards hiring, working with, and giving opportunities to underrepresented minorities, especially South Asian people and people of color in general.

And not only working with them but offering support and advice with whatever I can help them with. That's huge, and I think every business I've worked in, I've felt that way.

Often, I've been the only person of color in the room and that's not a good thing.

How do you feel social media and community building within it has changed the way you do business?

There's a lot more access, which is awesome. For marketing the film, for example, I was already in so many wrongful conviction groups. Ever since I read Rubin Carter's "The Sixteenth Round," at the age of 20, I was hooked on this cause. Because I've been so interested in it, I joined many social media groups on the topic.

You have this super niche audience all in the same place all interested in this super-specific topic.

On the flip side, it feels like there's so much noise on social media, and how do you cut through that? Traditional marketing doesn't really work anymore. Some of it doesn't work and some is just too expensive. There's also too much nonsense online, so in some ways, it's done a disservice.

What advice would you give to the upcoming generation of entrepreneurs coming from marginalized communities?

I feel like there's a lot that we can learn from the new generation because they are so tech-savvy and they innately know how to use every social media platform; they're great at it and it's the way of the future.

They don't need to learn social media marketing, it's second nature for them because they've grown up with it.

The number one thing I wish the upcoming generation would learn is the value of hard work. Maybe everything has been too accessible for them, but I often find that the grit and work ethic is missing and they don't always take professionalism as seriously as the older generations did.

Very often, I find that the work ethic just isn't there.

How do you see someone's innocence?

I would work with organizations who have processes in place to determine whether someone is innocent or not. However, one important factor to consider is people who maintain their innocence year after year after year.

The way the criminal justice system works, when it comes time for a parole hearing, if you say you're guilty and show remorse, you have a much better chance of getting parole. Those people that maintain their innocence, even at the cost of spending more time in prison, I find are often telling the truth about their innocence.

To the parole board, showing remorse is a sign of someone who has changed and will do better if released into society.

Also, in a lot of these cases, the accused people have alibi witnesses. The sad thing is that it's easy to get wrapped up in this when you're a person of color. Black people are seven times more likely to be wrongfully convicted of murder than white people.

What can we expect from the future of your many projects?

I'm in post-production wrapping up the new documentary. It is the longer, feature-length version of the story that's currently on Amazon. The documentary short that released on Amazon focuses on Jeffrey's personal struggles after being wrongfully convicted, the feature doc expands to focus on the justice system and police and prosecutorial misconduct.

For example, there was DNA in his case and they didn't test it. Why didn't they allow the testing, and things like that.

My goal is to cover stories of South Asian people who have been wrongfully convicted. Those are the cases I'm looking for and to work on in the future. If anyone is in that situation, I would love to talk to them and see what their situation is.

What are your favorite accounts to follow on social media?

@chrissyteigen is hilarious. She is so so funny.

Tell us a book you'd recommend.

"The Sixteenth Round" by Rubin Carter.

What charities do you support?

So, I support a couple. I supported Women for Women International for years. Kleos Microfinance Group donates funds to help women in Uganda start their own businesses. Then, of course, Adnan Syed's Legal Defense Fund is always at the top of my list.