31 days I couldn't have predicted. 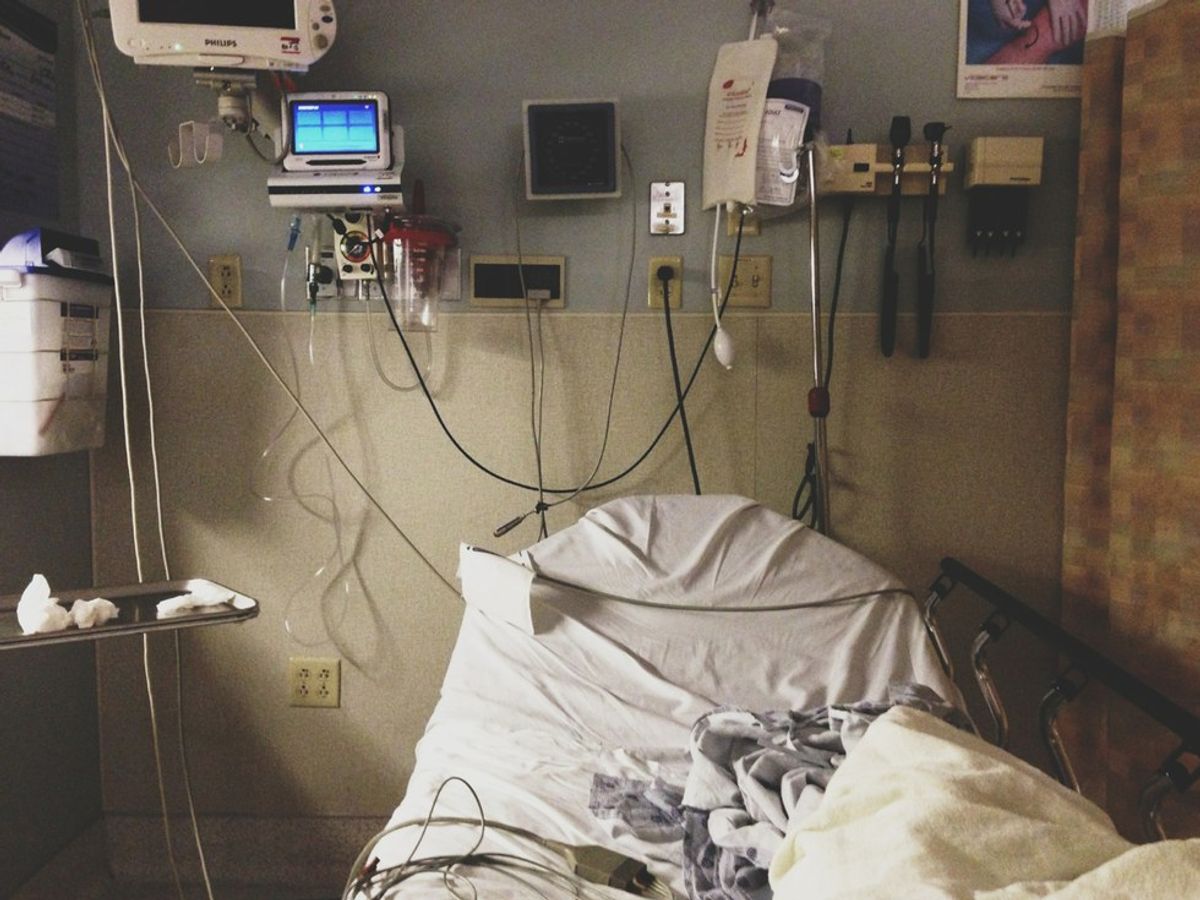 As the coveted Wofford Interim draws to a close at the end of this month, I deem it appropriate to to reflect on the events of the past four or so weeks, due to the fact it was not at all what I was anticipating.

I feel like I should start by saying that Interim is one of the reasons I chose Wofford. The idea of a month focusing on a single class everyday seemed like such a good way to have a break from working too hard but while also keeping the mind active. In future years I plan to travel, but for this semester I stayed on campus in an Interim all about Debate: what it is, the different types, how to properly argue, etc. My choice was perfect for me. Debate was a chance for my to branch out into the field of argumentation and learn the rules as well as how to beat an opponent. Held everyday from 9 to 12, my days were generally very open for me to do whatever.

"But Avery," you may ask (but probably not), "With so much free time, why did you only write one other Odyssey article?"

Yeah...maybe the month didn't flow as smoothly as I thought it would.

Two days after I left home to return to campus (something I had been dying to do since the second day of winter break) my grandmother went to the Medical Universoty of South Carolina for an invasive surgery through her back. She and I talked on the phone that Thursday night before she went in the next morning and I gave her a cheery, "Don't worry, everything will be alright."

Fast forward to when I'm writing this and she's still in the hospital, ICU to be exact. Setbacks and side effects led to yet another surgery for a collapsed lung, piling on another thing she needs to recover from. Tensions were high all around me and I tried to ignore the dark rain clouds over my head by focusing on my class.

Alas and alack, ignoring one problem doesn't stop other from happening. Enter in Hell Week. Not in the traditional sense of a week in bootcamp or initiation into a society, my Hell Week was a serious of seven days in which any possible thing you could imagine going wrong did.

The week started with me planning a trip to Charleston that upcoming Friday to visit MUSC and clear my head from another situation I was dealing with on campus, one involving a close friend dealing with their own problems and cutting me off. Not to mention that my ex from a major relationship (and major break up) Snapchatted me while at a party, the first time either of us had communicated in almost two years.

If it had only stopped there.

No, instead I muddled through a week of freezing temperatures though all the beautiful snow from the weekend had melted, leading to all my shoes being covered in slushy mud; being served lunch, not once but TWICE, with a strategically placed hair in my wrap; and finally, a depression worse than any other I had yet to experience.

This depression had me in a state where I only left bed once or twice to go the bathroom if class had been cancelled. I hadn't taken my prescription Oxycodone from my December wisdom teeth surgery at that time, but instead brought it to campus with me for God knows what reason. In a depressive haze I started taking the pills, one or two every few hours, slowly increasing my dosage to more pills at more frequent times. I could hardly crawl out of bed at that point, too tired and unable to move my body. One time the high faded in the night and I woke able to get down from my lofted bed, but inexplicably angry and sad, leading me to destroy my magnifying mirror on my desk with my fists, leaving bloody cuts across my knuckles.

Friday slowly rolled around and at the last second I asked a friend to join me on the four hour trip to my home. He excitedly agreed to and packed his bags alongside me. We loaded up my truck and turned the key...to discover a completely, utterly dead battery. Attempting to jump-start my car for the better part of an hour, he and I finally gave in and called AAA (thanks Dad). The AAA guy fixed our problem and only two hours behind schedule, my friend and I were finally on the road.

Cruising down I-20 at arguably too fast speeds, I noticed the mat for the bed of my truck was beginning to take flight. Before I could decelerate the damage had been done, my mat flew out of the bed and through the air, narrowly missing the car to the right of me. I hurtled across the highway and parked on the side of the road, sprinting to retrieve my runaway mat.

Luckily the rest of my day was uneventful. We made it to my home and the two of us talked and relaxed until the dead of night. Morning slowly rolled around and we got back into my truck for the hour and half journey to the hospital where I could finally be reconnected with my family.

Hell Week came to a close and I came back to Wofford fairly less depressed. A friend from another college stayed with me for a long weekend and I even took another trip back to MUSC just last Monday. Other tiny things occurred, like getting my first speeding ticket, but I could deal with it better than if it had happened a few weeks previous.

I wish I could pretend that Interim was the best time I've had at college so far, but sadly I cannot. I know so many other people loved every single day and I'm jealous of them. I want January 2k18 to be something better. I don't need a "happy ending" or anything even close to that, all I want is to be able to learn and get more connected to my Wofford family.