Does your favorite movie pass the Bechdel Test?

It's Time To Reconsider Your Favorite Movies

Have you ever considered the fatal flaws of your favorite movies? 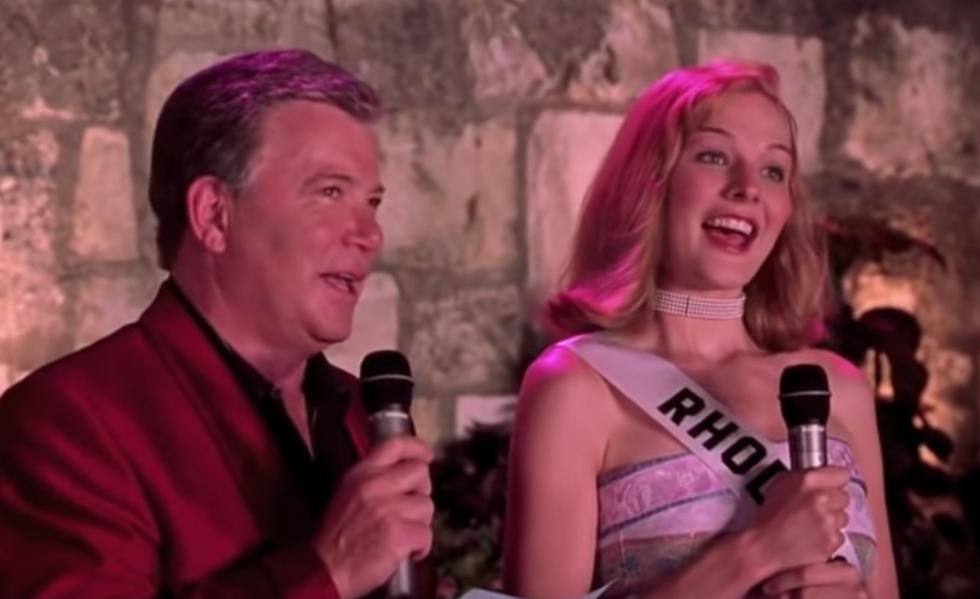 Everywhere I turn these days, I am learning about Podcasts I should listen to. I drive a lot for my work and podcasts are an easy way to shorten an otherwise long and miserable drive. Last week, I discovered a new one, one which I cannot stop listening to- The Bechdel Cast. Yes, for those involved in the media field you might have figured out this is based off the Bechdel test. For those unfamiliar with the test, it was created by the American cartoonist, Alison Bechdel to measure the representation of women, mostly in modern day films. The only requirements for a movie to pass this test are two named women must engage in a conversation with each other about something other than a man. That's it! Although the test is supposed to measure gender representation, it mostly points out the inequality in the film industry.

The Bechdel Cast does more than pick out a movie and decide whether or not the movie past the test. Instead, they use the test as a jumping off point to examine the female representation within a movie. The podcast is hosted by Jamie Loftus and Caitlin Durante, and somehow these two comedians have managed to ruin my all time favorite movies within a few days.

If I haven't brought it up enough, I love romantic comedies. Some make you laugh, cry, and for most girls they let you see your childhood fantasies portrayed on the big screen. However, we cannot avoid the fatal flaws these movies have- the lack of representation among women of different sizes, races, and ethnicities, or the questionable behavior are favorite characters display.

Take "Miss Congeniality" for example- my first introduction to the pageant world. Some of us might watch this movie and see a badass female FBI agent who goes undercover to stop a citizen terrorist. But let's take a step back and reconsider this movie with a new set of glasses. We have Sandra Bullock, a beautiful actress who spends the first half of the movie getting criticized because of the way she looks. Her fellow agents blatantly call her ugly, smack her "ass" (hello work harassment post #MeToo) and then puts up with an older man saying calling her atrocious.

Of course, our favorite Gracie Hart is not entirely innocent. Remember that scene with the pizza in the workout room? The other pageant girls claim they can't have pizza and bear to which Gracie responds "It's lite beer, and she's gonna throw it up anyway." Yes, this might be a joke but why would she call attention to her "best friend's" eating disorder. Let's not forget where she gets Rhode Island completely drunk they have to carry her home.

Now let's talk about Eric, a man who insults Gracie throughout the entire film and then abandons her when she sticks up for what she thinks is right. Does he have a good character arc, yes? But that doesn't make him any less of a chauvinist.

Frankly, I still love this movie and it will always be one of my favorites. However, I do not know if I can watch it with the same set of eyes I did before listening to the podcast. Even though this movie did pass the Bechdel test, Jamie and Caitlin pointed out the representation of a female villain and whether Gracie could overpower a male villain. Of course, for us fans, we know she can because of the sequel. Other movies which the podcast has covered include "She's the Man," "Mama Mia", "Crazy Rich Asians," and "Sleepless in Seattle."

If you love these movies, you might not be heartbroken listening to your favorite movies. However, if you are involved in the media in any way, it will open your eyes to gender inequality and female representation in the film industry.

miss congeniality
Report this Content
This article has not been reviewed by Odyssey HQ and solely reflects the ideas and opinions of the creator.

Madison Franz
The Narrative
1117323
Photo by Brooke Cagle on Unsplash

Madison Franz
The Narrative
654265
Photo by Manny Moreno on Unsplash