It's Only A Paper Moon

I have become obsessed with the origins behind personal growth and a change in heart, among other things. 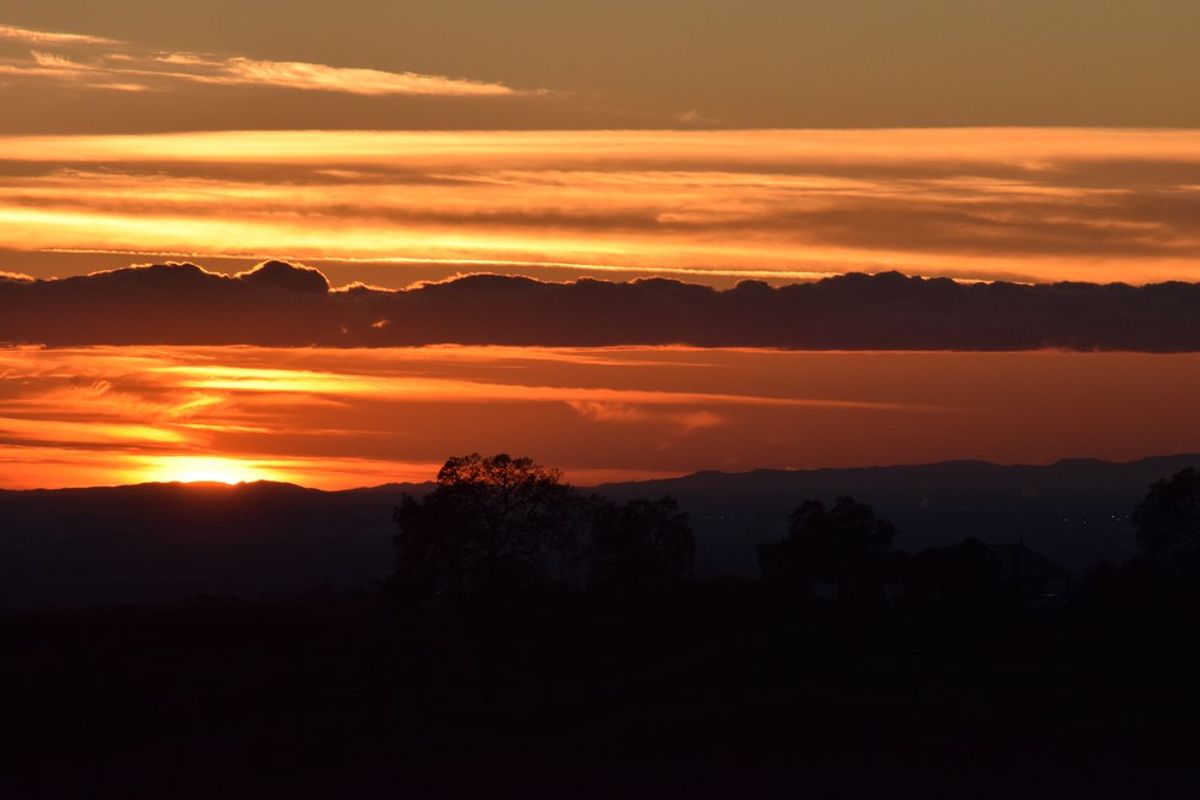 The idea of forcing oneself to occupy a certain capacity of discomfort has been a reoccurring theme in my life and in my writing in recent times. Pushing boundaries, breaking down walls and the cliché of all clichés, "stepping out of one's comfort zone," is a more mundane manner of stating what I'm trying to say, I suppose. Given that I have just recently spent three months of my life living in a foreign country, I guess you could say my interest in this sort of psychology has intensified.

I consider myself a newly intrigued enthusiast by all means of analyzing how certain experiences contour a personality, a collection of conduct, an entire life.

As time marches on, people change in ways the individual cannot begin to put a finger on. But, the question I have been toying with, is: do people change because they simply, 'grow up,' or does this ever occurring dissimilarity between the past and the present result in a specific measurement of participation in "boundary-pushing (for lack of a better term)?" This idea in particular, coupled with the fact that within the past few years of my life, I have stepped out my comfort zone more than ever before, has forced me to develop a new cogitation regarding my sheltered life growing up and the changes I have experienced in my personal life after traveling to an indigent part of the world.

During my childhood, I experienced a lack of discomfort. I lived comfortably, I had a peaceful state of mind, especially in the sense that I didn't need to worry if my bicycle would all of a sudden disappear from the garage, and that I wouldn't have one to ride around the neighborhood on after school. I also had a peaceful state of mind in the sense that I grew up knowing that if 'bad things happened,' God would certainly take care of me and everything would be alright. I never lived in fear of the future. Violence and danger seldom entered the mind of little nine-year-old me.

As I traveled across the world this past semester, I saw for the very first time the gateways of true despair and sadness in the world we live in. I saw poverty, I saw anguish and I saw hurt in a way I hadn't before. I saw a yearning to be loved, I saw a longing to be wanted in a child's eyes.

After spending a considerable amount of time as a white, American, college-aged, Christian volunteer with a name tag on, I silently cried on the bus ride home from an orphanage that fosters abandoned and abused children. Never in my life had I felt...

...for living the life I led in my home situated on a hilltop in one of the wealthiest towns in America.

I flew home from Africa across our world of brokenness. That Emirates flight I took out of Cape Town, South Africa and into Los Angeles, California flew over a world permeated with diseases, remorse, heartache, grief and abandonment. It flew across brothels, it flew across natural disasters, it flew across the poorest of the poor and the sickest of the sick. It flew overseas of waste and lands filled with agonizing convulsion caused by a lifetime of indisposition.

He will wipe away every tear from their eyes, and death shall be no more, neither shall there be mourning, nor crying, nor pain anymore, for the former things have passed away.” And he who was seated on the throne said, “Behold, I am making all things new.” Also he said, “Write this down, for these words are trustworthy and true.” And he said to me, “It is done! I am the Alpha and the Omega, the beginning and the end. To the thirsty I will give from the spring of the water of life without payment. The one who conquers will have this heritage, and I will be his God and he will be my son.

A cherished friend told me, that it was nothing less than absolutely necessary for me to turn those feelings of guilt into a humbling act of gratitude, into a time of reflection, into a complete submission of my life towards Jesus.

Therefore, my dear friends, as you have always obeyed—not only in my presence, but now much more in my absence—continue to work out your salvation with fear and trembling, for it is God who works in you to will and to act in order to fulfill his good purpose. Do everything without grumbling or arguing, so that you may become blameless and pure, “children of God without fault in a warped and crooked generation.” Then you will shine among them like stars in the sky as you hold firmly to the word of life. And then I will be able to boast on the day of Christ that I did not run or labor in vain. But even if I am being poured out like a drink offering on the sacrifice and service coming from your faith, I am glad and rejoice with all of you. So you too should be glad and rejoice with me.

It's Only A Paper Moon, lyrics written by: E. Y. Harburg and Billy Rose

“Do not let your hearts be troubled. You believe in God; believe also in me. My Father’s house has many rooms; if that were not so, would I have told you that I am going there to prepare a place for you? And if I go and prepare a place for you, I will come back and take you to be with me that you also may be where I am. You know the way to the place where I am going.” Thomas said to him, “Lord, we don’t know where you are going, so how can we know the way?” Jesus answered, “I am the way and the truth and the life. No one comes to the Father except through me. If you really know me, you will know my Father as well. From now on, you do know him and have seen him.” Philip said, “Lord, show us the Father and that will be enough for us.” Jesus answered: “Don’t you know me, Philip, even after I have been among you such a long time? Anyone who has seen me has seen the Father. How can you say, ‘Show us the Father’? Don’t you believe that I am in the Father, and that the Father is in me? The words I say to you I do not speak on my own authority. Rather, it is the Father, living in me, who is doing his work. Believe me when I say that I am in the Father and the Father is in me; or at least believe on the evidence of the works themselves. Very truly I tell you, whoever believes in me will do the works I have been doing, and they will do even greater things than these, because I am going to the Father. And I will do whatever you ask in my name, so that the Father may be glorified in the Son. You may ask me for anything in my name, and I will do it.

I believe it is those experiences God gives us, the ones that shake us, the ones that rock our worlds in ways we never knew they could, those kinds of experiences, those are the ones that really change us. They make us who we are, they light a fire within us to do something different, something life-changing, something that shows God's love to those who don't know what it means to have an eternal Father. And because of this experience God has given me, this opportunity to see discomfort, to truly recognize we live in a broken world, to find value in helping to bring new life and a new hope to those who need it most, I am changed.

"Behold, I am making all things new."