It's Okay To Be A Tourist

It's Okay To Be A Tourist

Experiences only have to be new to you. 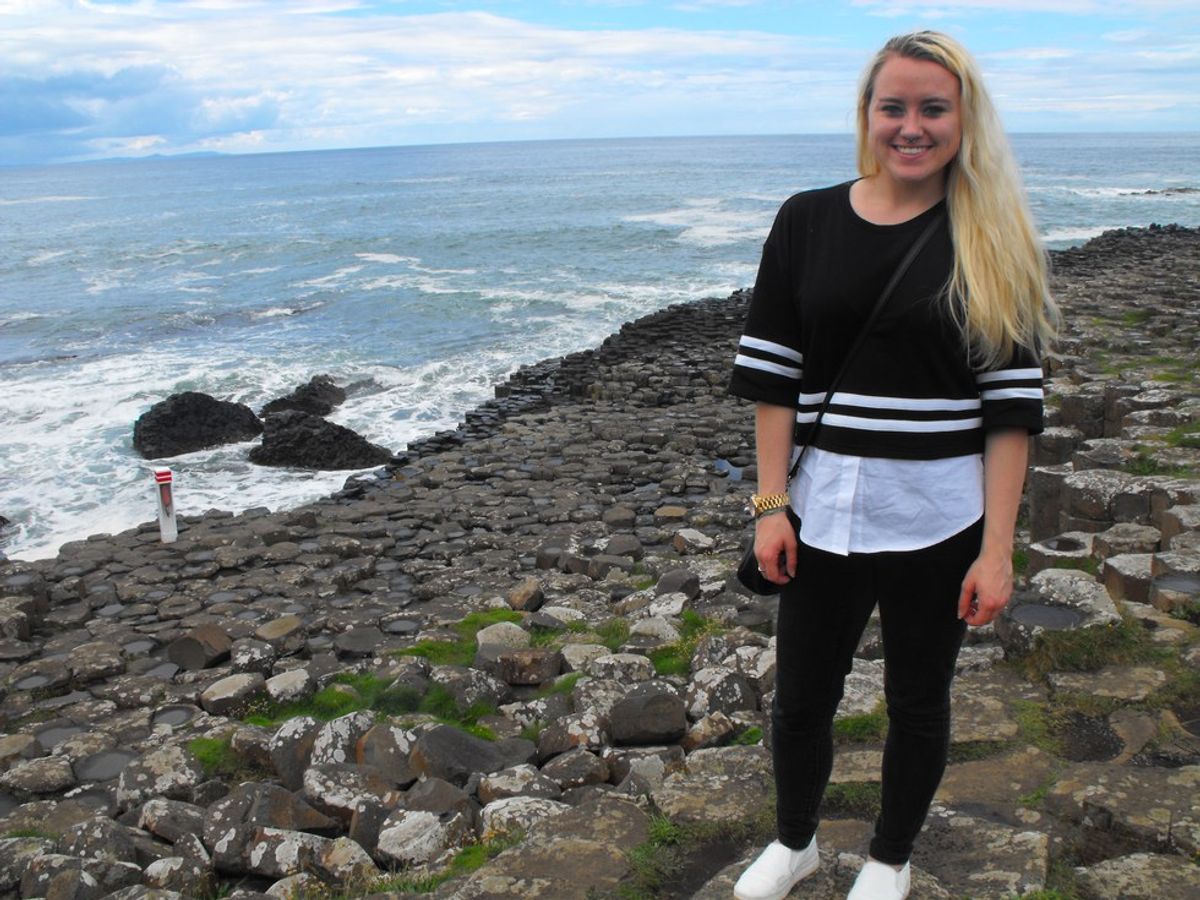 When I was planning my trip to Ireland, I was terrified of being a tourist. I had a lot of things I wanted to see and do, but everything felt cheesy and unoriginal. I landed in Shannon and travelled to Doolin, Ireland right above the Cliffs of Moher, but instead of taking a bus tour or a taxi to the visitors center, I hiked six miles from my hostel to the cliffs on a small, narrow pathway along the edge of the cliffs. I saw only one or two people passing that way, and it felt really special to take this road less travelled. And I don't regret choosing not be a tourist that day, even though, by the walk back, my feet were killing me.

Then, I wanted to go to the Guinness Storehouse, but there was no way I could do that and not be a massive tourist, so I sucked it up, grabbed two of my amazing new friends and off we went. I don't know why I struggled with feeling like a tourist, but I did. I almost felt guilty about it, like I wasn't experiencing the true Ireland that I would be living in for the next three months. I slowly started to come out of my shell, and I did actually end up taking a bus tour to see the Ring of Kerry with its beautiful national forest and sweeping coastline. Plus, seeing the Skellig Islands where Stars Wars filmed was pretty cool. I had my fair share of genuine experiences too though. I went to a tiny pub in a town in the middle of nowhere and got shushed by a grumpy old bar-goer with my friends from the hostel, and I got lost in Dublin for an hour and a half trying to get to the storehouse. Experiences are meant to be fun and exciting, and as long as they are new to me, I am happy.

I am almost done with my tour of Ireland and my incredible journey here, and I learned a very important lesson: It's okay to be a tourist. It's okay to see all the cliche things in the cities and take the cheesy bus tours that show you the best spots. Because honestly, those are things I wanted to see and wanted to have memories of. It also opened my eyes to the fact that taking pictures of every tiny detail and having a physical copy of the amazing trip I took will mean the world to me when I look back on it. I don't ever want to be able to say to someone, "I was in Ireland, but I didn't see that because it was too touristy." I want to experience as much of this country, and any other countries I go to in the future, as I can. It won't matter to me in twenty years that 'everybody' goes to see the Book of Kells or that the thirty other people on my tour bus got the exact same experience of the town of Killarny as I did, because it was an experience worth having, and I wouldn't trade being a tourist for the world.