Sometimes the climb literally feels like an uphill battle. 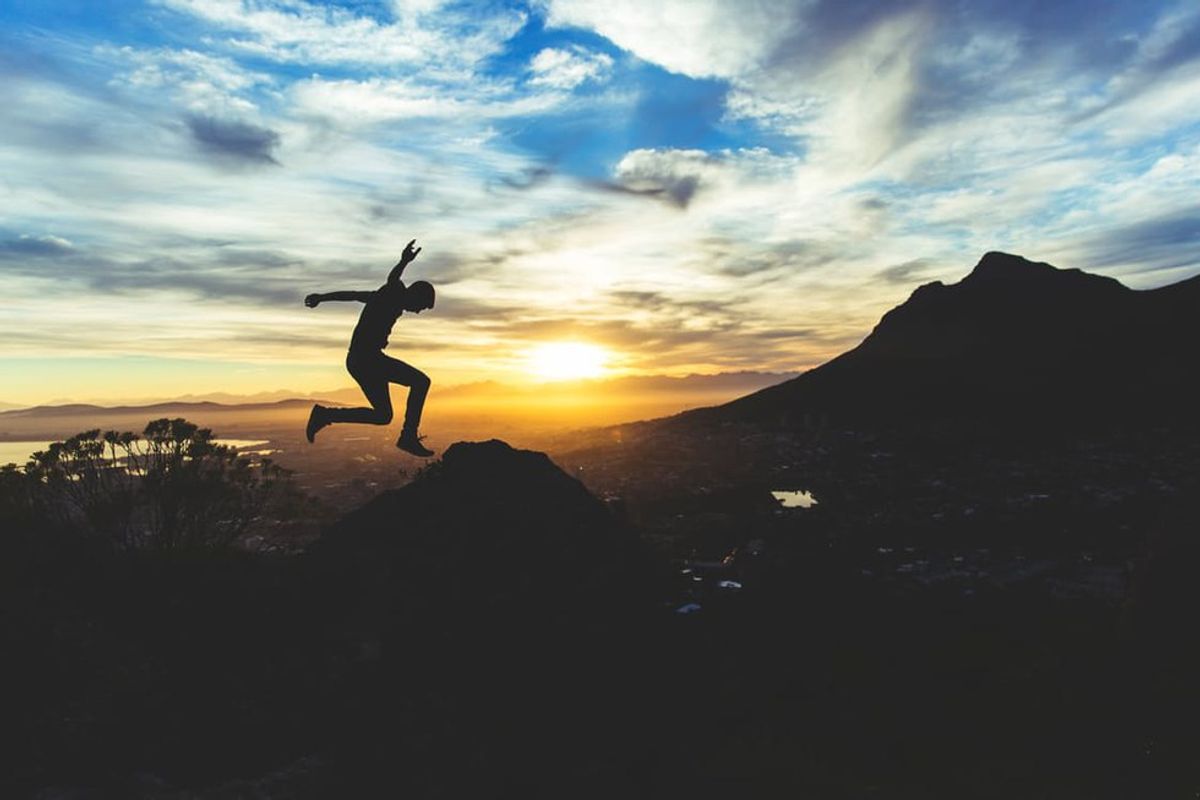 Picture this: You’re in your early twenties, relatively fresh out of college, on your own for the first time--and things definitely aren’t going as planned. We’ve all been there before, in some way, shape, or form. It’s that moment where everything in life hits you at the same time and you inevitably crumble under the weight of it all. If you’re lucky, you’ll be in the privacy of your own home when it happens. When it happened to me last year, I found myself on the bathroom floor, crying, clutching a bottle of “Barefoot” moscato wine and listening to “The Climb” by Miley Cyrus on repeat. I don’t even like Miley Cyrus all that much, and I certainly don’t like mid-2000’s Miley, but homegirl had a point. Sometimes, in moments similar to my moscato-on-the-floor fiasco, the climb literally feels like an uphill battle. At certain points in your life, it can feel like everyone has turned their back on you, or has turned on you. Listen, it won’t last forever.

It can be hard, I get it. You left your hometown behind, embarked on a new adventure, and met your new “soul mates” in college, whether they are a friend, boyfriend, mentor, etc. These people helped you navigate the world of early adulthood, stayed up to cram with you until two in the morning, brought you Taco Bell on your lowest days and held you up for that keg stand on your highest days (no pun intended). Now, you’ve been shoved into the real world with virtually no preparation but the piece of paper in your hand, certifying that you took “so and so” classes in “whatever” subject. That does not prepare you for the harsh reality that is the real world. I thought I left a bubble when I moved away from home, but the truth was I simply entered another bubble. My good friend Anisha brought this up to me over drinks at a PF Chang’s Happy Hour, pointing out that although we’d matured in college, we’ve simply been moving from bubble to bubble, and in 2015-2016 that bubble abruptly popped. She missed her college town dearly, and for a large portion of last year, so did I. We missed our lives when they were simple. We could be adults, but not really. We could drink responsibly, but not really. We could have the freedom that maturity entails while having our parents bankroll us. It was the biggest bubble of all, we were ripped from it and thrust into the harsh reality of the world, just like every generation before us. Time to sink or swim.

Except sinking or swimming is too black and white. You may be swimming, holding on for life, barely keeping your head above the water, but it feels like you’re drowning. Now you’re in a situation where you’re most likely working a job that has nothing to do with your degree or passion (or you had to bite the bullet for a few months but you’re in a better place now). You stare at that stupid piece of paper and wonder what it was all for. Here’s the secret: the true learning experience of college does not come from the book you read, but from the situations you encounter, and how to react to them.

And I find this is true in all aspects of life. Your reactions to situations and people determine your character and whittle you into a mature human being, whether you like it or not. Even if you’re in a situation that seems grim, you always have to remember that there are people out there who have it much, much worse than you (Syria, anyone?). On top of that, you have to remember that every action you take is practice for some aspect of your life. Much like Mr. Miyagi taught the Karate Kid with the “wash on, wash off” lesson, miserable, mundane and tedious tasks in life may not seem important at first. However, when you look back, you realize you wouldn’t have the strength to deal with your current dilemmas if you hadn’t dealt with those tedious, mundane, miserable things early on. Your problems at 35 will be much larger than your problems at 23, but without the stepping stones of 23-year-old challenges, you would crumble at 35. I could sit and weep for days about how I’m one of the only 23-year-olds I know who lives so far from their family, pay their bills in full, has a set career and takes care of the less-equipped people around them, but I won’t. Because when those less-equipped people start to emerge into adulthood around 25-26, I’ll be miles ahead of them. I’ll be halfway up the mountain on my climb.