'YOU' Season 2: Is Love REALLY Crazier Than Joe?

'YOU' Season 2: Is Love REALLY Crazier Than Joe?

WARNING: This will contain spoilers. 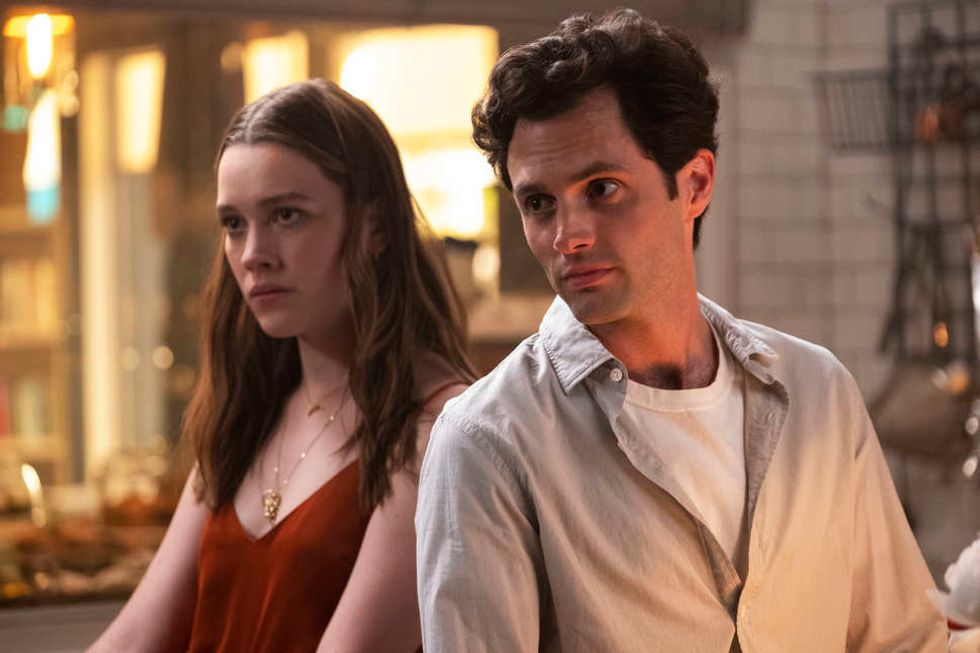 Netflix released season 2 of "YOU" in December, and like most of the eager fans waiting for the follow up to season 1, I binged and finished the entire season in two days.

I enjoyed the series so much that I even read the books the show is based on. That being said, I feel this gives me enough background information to determine the answer to the question, "Is Love really crazier than Joe?" When considering this thought, I will only be paying attention to the show, because the book isn't exactly the same.

If you haven't finished season 2 yet (I'm talking to you, Mom!), then don't read this article until you have. Otherwise, keep on reading!

I have been seeing a multitude of tweets from people claiming they knew that Love Quinn was crazy from the moment she appeared on screen, asking Joe if he thought a peach looked like a butt.

While this might be off-putting to some, I didn't think it made her "crazy." In fact, I didn't see any indications that Love was a killer as well until she revealed that she killed the au pair to protect her twin brother Forty when they were kids. One might justify her actions by saying, "she was young, she didn't understand," but murder is murder. Joe also murdered someone as a child, and look how he turned out. Murder is never justified.

When comparing the actions of Love and Joe, it is important to consider the damage each has caused. Including everyone he killed from season one, Joe has murdered eight people. Love has murdered three.

In terms of simple counting, one might think it's obvious that Joe is a bigger threat because he's killed more people. However, when determining which character is "crazier," we as the viewing audience have much more to consider than just raw numbers.

The show is told from Joe's perspective, closing us off from Love's inner monologue save for one small scene when she was trying to find what kind of food Joe liked.

While he murdered, we were able to see and hear exactly what Joe thought and felt. He claimed he did everything for Beck in season one because he loved her, raising suspicion about his reliability as a narrator. Does the feeling of love justify murder? No! Murder is never justified.

Yet Joe still convinces viewers to sympathize with him. I have seen articles and blog posts calling Joe "romantic." He is a murderer. He will strike again. This is evident in the season two finale when he is shown spying on his next-door neighbor. Joe is bloodthirsty and because of this, he will never satisfy his needs. He wants power, and his dominance is threatened when he discovers that Love is like him.

Joe's opinion aside, why does the viewing audience consider Love to be crazier than Joe? They're both murderers. They both covered their tracks in some way. Though the show never outright explains how Love's husband died, many fans theorize that she killed him.

What is the basis behind this theory, though? Simply that Love looks crazy? You can never judge a book by its cover, especially when Joe appears to be such a nice, caring guy when it comes to how he looked after Paco and Ellie.

In a Gone Girl manner, he even made himself appear to be the sad, innocent boyfriend mourning the loss of his beloved Beck in season one. He framed Dr. Nicky for Beck's murder when in fact, Joe was the one to kill Beck. And Peach, and Benji, and Ron, and Elijah. Joe knew exactly how to convince people of his innocence and got away with everything he had done using his wits alone.

Love, on the other hand, had her actions cleared up with the help of her parents' money. Unlike Joe, she never lied about her identity, never framed someone's murder to make it look like suicide, and never pleasured herself in public (I always hated when Joe did this in the show). This certainly makes Joe the top contender in the creepiness category, but as far as craziness, who is crazier than who?

I've put a lot of thought into this. In my opinion, there is no single determining factor that makes one crazier than the other. These characters were constructed with the intent of making the viewers see these sorts of flaws within themselves.

They are not based on one single person possessing all of these traits, yet because we can relate to certain aspects such as looking somebody up on social media, we relate to the characters as a result. In the grand scheme of things, Joe and Love are both mentally unstable in their own way. They will never work out as a couple because they are evenly matched.

So, to everyone saying Love was crazier than Joe, consider the whole picture again. Don't point the finger at her because she's a woman. They're both equally crazy.