'Trauma Queens' Founder, Sexual Assault Survivor, And Advocate Maggie Gehlsen Says #TimesUp
Odyssey
CurrentlySwoonLifestyleHealth & WellnessStudent LifeContent InspirationEntertainmentPolitics and ActivismSportsAdulting
About usAdvertiseTermsPrivacyDMCAContact us
® 2023 ODYSSEY
Welcome back
Sign in to comment to your favorite stories, participate in your community and interact with your friends
or
LOG IN WITH FACEBOOK
No account? Create one
Start writing a post
Politics

It's Sexual Assault Awareness Month, but Gehlsen reminds us that "there is not one singular ‘thing’ that is going to end the epidemic of sexual violence...we have to all play a part," all year long. 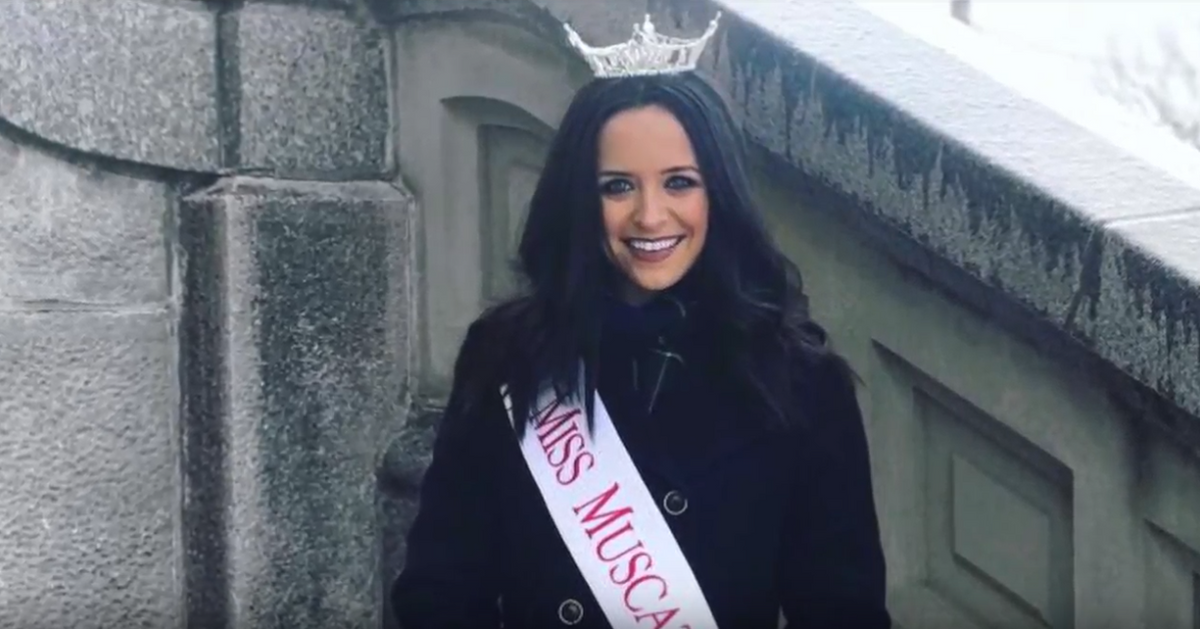 In light of the recent and monumental #MeToo and #TimesUp movements, it's safe to say that the strength and determination of our generation has made itself known in the fight against sexual violence.

Sexual assault survivor and advocate Maggie Gehlsen shines her light in a similar way: by sharing her story, collaborating with national organizations, running her nonprofit Trauma Queens, and competing in the upcoming Miss Iowa pageant for a chance to raise awareness about the issue.

Can you describe your current work as an activist?

Currently, [I'm]... working with organizations that address the issue of sexual violence in all facets and areas of life. During my time in college, I focused very exclusively on how campuses were handling sexual assault. Now that I’ve graduated college, I find it’s just as important to address sexual violence in a broad spectrum manner. College campuses are a playground for assailants, but so are workplaces, high schools, and middle schools.

I work with organizations like RAINN (Rape, Abuse, & Incest National Network), End Rape On Campus, and my own nonprofit, Trauma Queens, alongside some local nonprofits in my area, like Family Resources. I speak on a lot of panels, as well as at local schools and with local organizations.

A bulk of my work now is devoted... to my nonprofit, Trauma Queens, [which] addresses what happens in the aftermath of an assault and how the survivor can begin the healing process.

My degree is in Exercise Physiology, so utilizing movement was huge for me on my journey to healing. It was important to me to create a space where survivors felt like they could come if they weren’t quite sure what to do following an assault.

Trauma Queens has an Instagram account that survivors and allies are encouraged to follow and join in on the conversation, as well as a blog and merchandise line. The hope is that Trauma Queens will eventually, long term, develop into centers for female-identifying survivors to seek resources like meditation and yoga classes, massage therapy, art classes, and other activities that could assist in healing their bodies and minds from trauma.

Trauma Queens can be found on Instagram @trauma_queens and merchandise can be purchased at www.traumaqueens.org.

How will you use the upcoming Miss Iowa pageant to advocate for sexual assault awareness?

I think people are typically surprised when they hear a pageant girl advocating for sexual assault education & prevention. But here’s the thing—if you have nothing to fight for, your life loses meaning.

My assaults gave me a really beautiful gift, and that gift is something that is much bigger than me to fight for. Miss Iowa is my dream job— I’ve wanted this since I was a little girl. But the reasons for wanting it have certainly changed over the years.

I used to want it because I wanted to be able to call myself “Miss Iowa.” If you’re doing it for that reason, it’s the wrong one.

Now, I do it because I know that Miss Iowa is an incredible opportunity for me to bring my message to the entire state, and eventually, the entire nation.

I tell my story everyday with the only intention being to help another person who perhaps is in the same boat I was or am. We need people in public positions and in the public eye who are relatable and who have stories that others can apply to their own lives.

I’m sure we’ve all had times where we’ve thought, “if that person can do it or overcome ‘X’ thing, so can I.” I want to be that person for someone else. I want others to look at me and not see a seemingly perfect pageant queen, because that’s not what I am.

I want them to see a real-life survivor, someone who fought really hard for herself because she believed she was worth it. And more importantly, I want them to know they’re worth the fight, too.

What would a perfect world look like, in your opinion?

Obviously, that world would be free of sexual violence.

I think for me, a perfect world would include schools and workplaces where each individual felt welcomed, comfortable, and like they had a voice. And better yet — a voice they could use without retaliation or punishment.

Additionally, I think it’s important to note that a perfect world in my eyes would include comprehensive sexual education for students. The prevention of sexual assault starts at a young age. This includes joint efforts by parents, educators, coaches, and mentors. And this includes, especially, the work of legislators and politicians.

The sooner we can educate children on the topic of consent and the sooner we can demonstrate boundaries and healthy relationships, the better off we will be in preventing sexual violence as a whole. And in a perfect world for me, we’d believe survivors without hesitation.

Survivors who feel believed and supported are far more likely to seek out the resources they need in the wake of a sexual assault, like trauma therapy. If we are going to have a world where sexual violence exists, we need to believe survivors so they feel more inclined to want to begin their healing, report the incident, or potentially advocate, as well.

What one change should college campuses make to prevent sexual assault and/or provide more comprehensive support for victims?

There’s so many things campuses could (and should) do, but I think the implementation of SANE (sexual assault nurse examiner) nurses is so crucial.

And of course, abiding by Title IX and making sure that anyone who has been assaulted has access to the resources he or she needs (particularly counseling services and the ability to rearrange class schedules or miss class, if needed). Having SANE nurses in University hospitals is vital.

If a survivor knows that someone at her or his local hospital is specially trained to handle sexual assaults and the examination of a person who has just been assaulted/is traumatized, they’re more likely to report, have a rape kit done, and feel comfortable making the hospital visit one of the first things they do in the wake of an assault. But, this also means making sure students are AWARE that the hospital is a safe place for them, too.

What should people know about bystander intervention (how can we hold ourselves accountable when we witness someone else being assaulted or harmed)?

If you go up to a guy who is trying to take home your friend who is clearly unable to make sound decisions and let him know that she is instead, going home with you, that is not uncool. That is THE best thing you could do for either of those people, and in fact, he should thank you for that.

We are aware at this point that the lines of sexual assault are blurred easily because of the rampant binge drinking that happens on college campuses. This is a complex topic because most people I know, even under the influence, would not assault someone.

But, that being said, making sure that if we see something going on that doesn’t look consensual and butting into that situation if we’re able is another way we can chip away at preventing sexual violence. It’s our duty as human beings to look out for one another.

And I promise, if you intervene at a party and “ruin” someone’s night by doing so, you didn’t actually ruin anything — you could’ve saved a life, since survivors are also more likely to attempt suicide. Just do it. If you see something that doesn’t look right, step in.

How can we continue to raise awareness for sexual assault all year long?

I LOVE this question. :) Simply by talking. It’s that easy. The more we talk about healthy relationships, consent, how to prevent sexual assault, bystander intervention, ANY of those things, the better chance we have at preventing it from happening in the first place.

Oh, and of course, believing survivors, intervening when you see something that seems off, and talking with your kids about consent at an early age.

Nicole Marie Nigro
Individual Creator
6758
c1.staticflickr.com
Where to start...... Let me start with the cliche that life throws us curveballs and what we do with it is what counts.