My Interview With Poet, Heather Hughes 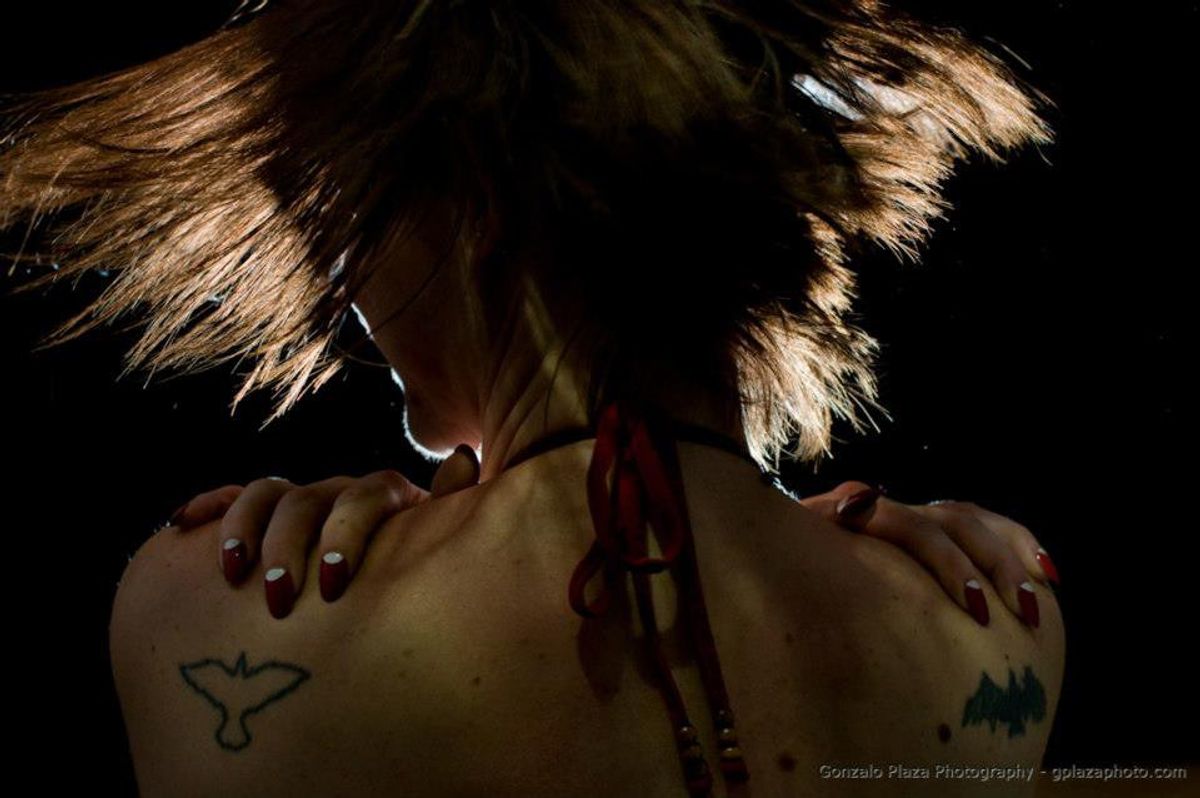 [Heather.] What is the answer to like, “are you going to make money writing poetry?” … Honestly no – you‘re actually going to spend a lot of money, not just on school, but more and more literary magazines are moving towards a fee based submission model. It's difficult to publish your first book and, without being part of the contest system, it’s becoming increasingly harder to publish a second. And then, if you do get to have that champagne-parade of, “My book is finally coming out!” there's still all these other things … like whether your publisher will pay for you to travel for readings, or whether you’ll need to hire an outside publicist if your publisher’s not able to provide one for you…

I think if you're ambitious for a career in poetry, the reality, especially in the short-term, is that there’s going to be a lot more money going out, than could possibly come in! The poets that get paid for speaking engagements, they’re amazing human beings, but they're few and far between. Does that mean there isn’t value, or jobs, or other types of gain?

No it doesn't. That stuff is out there. When it comes to jobs, the more creatively you can think about your work, the better! I know a lot of people who have spun their MFA degree into tech jobs because they're able to talk about having a deep understanding of structure, repetition, and the relationship of objects – which are all very important to building code; like if you can't build and foresee a structure that's going to hold up to unpredictable events … then your code can be a disaster. I do think it's good to be cautious; don't take on six-figure debt and expect to make it back through writing alone. That just invites a lot of stress into your life, especially when those student loans bills start coming in.

[Me.] Ouch! That's a pill that I'm just taking little nibbles off of, right now … Yup, in fact, I’m decidedly –not– committing to the whole, for fear I might choke!

[Heather.] Well, I think we want there to be one path that everyone can take, the end result of which is, “I'm a Writer”! – Something that was really great for me, with my low residency MFA program, was that people were coming in from all stages of life: there were people fresh out of undergrad, there were people in their mid-thirties, people in their forties and fifties whose kids have just left the house and now they get to work on something that they didn't have the opportunity to before, there are also people in their eighties – and they're all on that path of becoming a writer! So, let yourself mix and match.

[Me.] I like that a lot, because I feel we're sort of beguiled into adopting this very linear, very unilateral ascent up Mt. “I'm a Writer”…

[Me.] Yes, and when can we really say that we’re writers –and– by what standards are we judging ourselves when we do? Is it the moment we dance our bic-pens down the blue lined aisles, gorging loose-leaf with scribble? Not for most, I think, because we’re taught that you’re not a, “serious writer” until you learn to revise … knowing, of course, that the first draft isn't worth-a-damn … save for maybe one line –which– if we're lucky, contains some flare; a cherry red ember whose glowing hints of a pulse.

I mean: are we writers the moment we salvage that, then? Or, have we summited when we graduate undergrad … grad school with a Masters, or doctorate? Or, is it only when we’re finally selling our work? … It's interesting to think about when we deserve this title.

[Heather.] Yeah, one of my closest writing collaborators, who is much further along in this process than I am, talks about how it doesn't necessarily get easier as you’re crossing off these things; as soon as you hit one mark, you realize: “Oh... now there's this other thing.” So you can very easily get caught up in climbing only a quarter of that mountain. Then, you realize you can see another ledge … You’re like: Can't I just get to that ledge? And sometimes the answer’s, not right now. And that's really hard to sit with, for me at least.

[Me.] Yeah, I don't even like the sound of that ... I have to imagine that there aren't many shortcuts up this mountain?

[Heather.] Well, I don't know if there are “short cuts,” but we all do need to decide when it's time to set a piece of work aside and move on to the next thing. And, sometimes that means shoving it in a drawer and not thinking about it, or not looking at it for like, 3 or 4 years –then– coming back to it when you're ready.

But then sometimes, it means sending something out into the world, which has its inherent risks. I've known a lot of teachers and poets who look back and wish they hadn’t published that first book … And I am of two minds about that, because on the one hand, I think if you're always waiting for it to be that, “perfect thing,” then it's hard to ever send it out, to get it to readers –which– is ultimately the ideal! The idea is that that work isn’t mine anymore ... It's going to belong to someone else, hopefully many someone elses!

But, we don't want to look back, thinking: “that really wasn't ready.” So where is that line? We all have to figure it out and hopefully, hopefully, we’ll have somebody else – a couple of somebody elses, for guidance and support.

Some of it is circumstance and luck; being in the right place at the right time – and if you suddenly have a chance to publish a book … do you say, "no"? That may not ever come around again. Maybe you do, trusting that: "no, maybe this isn't the absolute best I can do. It’s not perfect. But, I’ll keep on writing – I’ll keep on getting better." I don't know … I think we all have to find our comfort zone with that stuff.

[Me.] Ha-ha, what? You're saying is there's no catalog, no blueprint? Dang-it, Heather!

Greetings fellow Earthling Poets, peers, readers, kin, friends, (and all species of nefarious foe!) ... Some quick notes before I bring this article series to a close. Firstly, I'd like to once again extend my earnest thanks to Heather Hughes – this Interview has been such a rewarding experience! Not only did I verily enjoy talking to a down-to-earth Poet about her craft and career, but I also gleamed a wealth of new perspective from her insights! Secondly, I'd like to thank you (all my fellow internet surfers, catching the swells of this 3-part journey,) for your support and readership! I hope you've enjoyed this conversation as much as I have! Lastly, if you're discovering this interview for the first time and would like to read its prior segments, then I entreat you to check out these links ...

Oh, and If you've enjoyed what you've seen and would like to further explore the works of Heather Hughes, here's her website: https://birdmaddgirl.com/publications/

Alright, that about does it for me! Until next time ~Matt Gile