Interpol Will 10/10 Hit Your Nostalgic Feels

Interpol Will 10/10 Hit Your Nostalgic Feels

Interpol's song All the Rage Back Home will hit you in the heart faster than you can say post-punk revival. 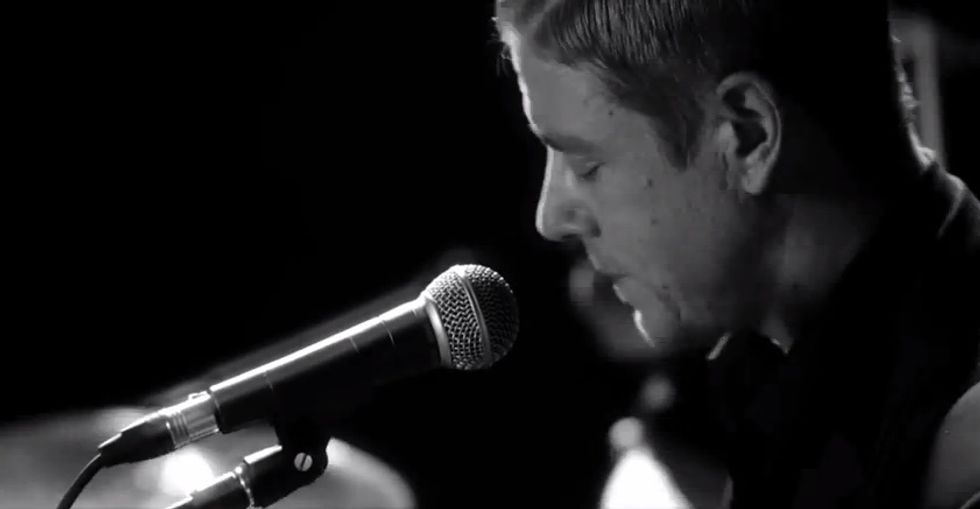 So there are lots of songs that are my go-to's when it is 2 a.m. and I'm feeling things. But the song that I listen to when I'm feeling heartbreak, is none other than "All the Rage Back Home" by Interpol.

I asked a few friends what their interpretations of the song were, and here is what they thought, as follows:

Meaning #1: I believe that this song is about a man whose youthful romantic delusions begin to fade with maturity.

The song begins in a type of romantic rapture with the singer being nearly unaccompanied.

The phrase "I keep falling…" sets up the idea of a happy sentiment, which is undercut with both the shift from a major to a minor chord and the kicker "... maybe half the time." It is a man who cannot sustain the romantic illusions of his youth.

The title of the song is cryptic, but I believe it refers to both the disappointment and unhappiness he feels in himself. It also imposes on his partner, for whom he can no longer be the perfect poet-lover.

The source of anger is his memory of the distant past, coming to the realization that his lovers did not really love him. He then rejects rational thought to ease the sense of loneliness and lost hope and goes back to a romantic picture of the past.

He cannot get what he wants, the way he wants it; stuck between wanting the truth to feel dissolved and free from the concept of either/or, and his fear that such a state would dissolve love too, and that it might not be such a great idea even if it ends in various troubles and an inescapable overall need for love.

Finally, he cannot tell what is what and decides he came at it a wrong, blaming his propensity for anger.

Finally, my thoughts on the song - Meaning #3: I feel the song is reflective of himself, hence how at first he talks of "my 18 summers" and his relationships through time, both with women and himself. Perhaps he is fed up of this/does not feel as strongly as the girl does, or is as equally upset as her but instead of crying, is silent. This is demonstrated in how he says "Oh, the feeling" - either a feeling of love/sadness with her or a feeling of being lost within this entire thing (the relationship).

The latter interpretation that he is somewhat at a loss with this relationship could be backed up in the second part where she tells him "you don't need time" which reminds me of a guy taking a break, needing time to think and her saying "you don't need to!" To which he says "You don't need mine (time)" and to "behave" … perhaps in the meantime of their break.

The rest of the song continues to be a back-forth of feelings he's experiencing, the girl, his sense of confusion "I keep falling - maybe half the time - but it's all the rage back home" - I feel like when he says "it's all the rage back home" he's almost trash-talking about these feelings of love/etc., not being what they're cracked out to be. Ultimately, he is confused in himself and this reflects in his relationships with the girl(s) he speaks of in the song.

Although the song is unbearably heart-wrenching, it is overall still an amazing song that hits you JUST right.