Some people say you can't really be friends with someone unless you've met them personally, and that's just not true. 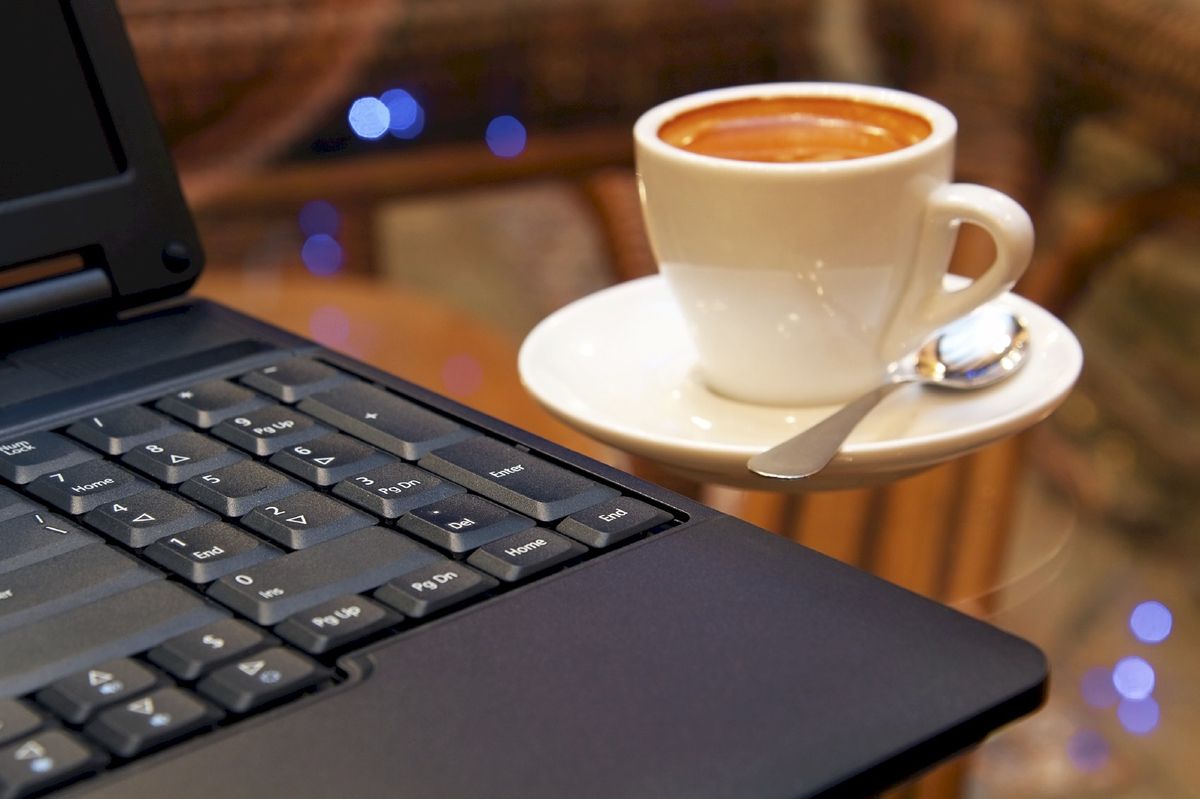 We've all heard about the dangers of talking to people on the internet. People always say that you don't really know the person on the other side of the screen, that it could be anyone. Talking to people online is dangerous, and getting to know them is out of the question because you risk losing your security and your privacy. Everyone is so concerned about the risks of the world's connectivity that they never talk about the beauty of how connected we all are now. A few decades ago, you weren't able to connect to someone on the other side of the country or on the other side of the world, and now you connect to people whenever and wherever you please. Maybe that can be a bad thing, being so connected to everyone everywhere all the time. But isn't it also amazing? Maybe we shouldn't focus on the risks so much. If we focused more on the risks in life than the benefits, we wouldn't be able to do basic, everyday things that we take for granted, like driving a car or drying our hair or even cooking a meal. We would all basically be living like Aunt Josephine in A Series of Unfortunate Events. We can't live being afraid of the risks of everything. The only experiences I have with meeting internet friends are positive, and I hope that by sharing, it might ease the minds of the poor souls who think I'm going to be kidnapped for talking to strangers.

It started with a fandom -- Stranger Things, to be exact. I grew so obsessed with that show (as my little fangirl heart does so often with so many other fictional universes) that I started getting myself involved in every aspect of the fandom that the internet had to offer. I even got one of the kids from the show to follow me on social media after telling him how much he resembled a character in a book that I'm writing. Long story short, I was entirely invested. The only problem was that most of the people I experienced in the fandom were much younger than me and were really only there for the kids. It made me uncomfortable to talk to people who were ten or so years younger than me about the show because they did not know me, so I quickly cut them off and kept to myself for the most part. It grew very lonely. I felt out of place, like maybe I liked a show that I wasn't necessarily supposed to like. Maybe I should just give up and stop getting so invested in fictional worlds. It was ridiculous anyway.

But one day, another "oldie" in the fandom was brave enough to say something about how misplaced we all were, how lonely it got because we were surrounded by kids and felt uncomfortable talking to them. That person was twenty-two, same age as me. I saw that other people were connecting on the post, admitting that they too felt swarmed by children and unable to find people their own age. I was so ecstatic that I made a massive group chat for all of us to connect in.

That's when I met Taylor and Wilma. One was from England, the other from Sweden and visiting the states. I didn't talk to Wilma much, but Taylor and I carried on a friendship that lasted for months before eventually fizzling out (not that I wanted it to). She was one of the kindest people I ever met. She took a genuine interest in what was going on in my life, and I did the same for her. We were there for each other when sometimes we couldn't go to people that we see every day. This was all because of a TV show.

Meeting Abby was by accident really. I followed her fandom art account and commented on some posts, and she was very blunt and messaged me first, wishing to know if my comments were genuine. And they were. We were really great friends. We connected because we were both artists -- she drew pictures, and I wrote novels. We helped each other out and shared many a laugh together. We even talked about her coming to visit one day and staying with me. It felt real, more real than many friendships I had made in college.

There was also Olivia, who I still talk to from time to time about television shows and movies and books and anxiety problems and boys and how hard school is. She was the first online friend I made, really, and she was the first one I shared the news of my engagement with. It felt like I had connected with her then, and I knew that even if we didn't talk for long stretches of time, we were going to be friends for a lifetime.

The strongest friendships I have formed on the internet were with Mia, Kayla, and Jenna, and I miss them and long to meet them every single day. I won't get into too many details because it is a long and amazing story, but we all basically met because we all felt like moms to the kids from Stranger Things and we wanted to protect them from the evils of the world. We added each other on all social media, Snapchatted each other all day every day, messaged on Instagram, sent memes and reaction photos and ridiculous selfies. It was all fun, and we have all talked very seriously about meeting one another, even though we're scattered across the country. We were joined by the mutual love for a TV show. I still think it's amazing how little things like that can bring people together.

I didn't tell anyone about this, really, for fear of being criticized or being scolded for talking to people I didn't personally know (not that it mattered; I'm an adult). Still, I didn't want backlash. I finally did tell my dad, and he reacted negatively at first, as I thought he would. He thought they were all fake and lying to me, even though I talked to them and saw their faces constantly throughout the day. Eventually, I was able to convince him of the safety of the situation, and he was amazed at how we had all met.

See, the thing is, it's much more likely that someone is telling the truth than making up an entirely new identity to sabotage you online. You can't take a few drastic cases and make it sound like the norm. And you can't get mad about people lying a little bit on the internet either because we all lie to each other every day about everything from our age to our weight to our tiny secrets or our interests because we just want to look more interesting and fun in front of everyone. The truth is, the internet helps us to reach out to people who are like us, people we may not ever get the pleasure of meeting otherwise, and that's a really awesome notion to me. Can it be dangerous? Of course. Anything can. But think of all friends you could make. Do you really want to pass up a chance to meet someone who could be your best friend or your other half? Be safe, obviously, but don't let fear keep you from the person across the world who helped you when no one else would.