Thank you Destiny's Child, I also "depend on me" #strongindependentwoman 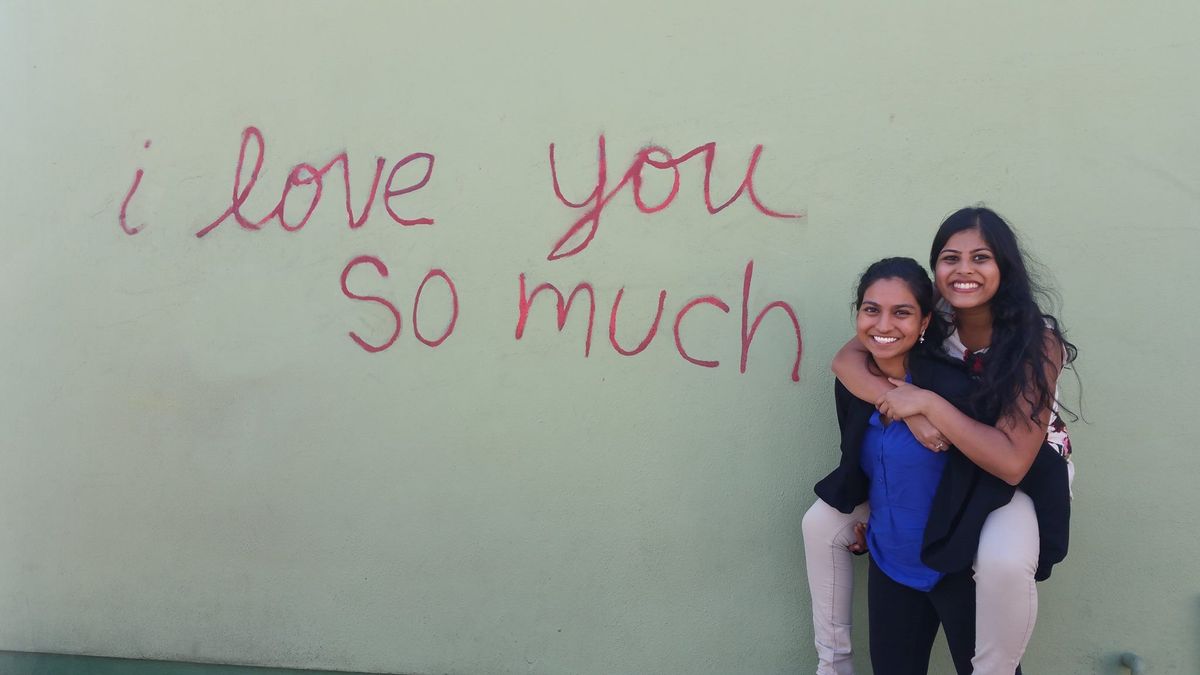 “Do you think kids ever realize how much their parents have done for them?” my dad jokingly said at dinner. My brother and I looked up from our plates and rolled our eyes.

I’m sure my dad was fishing for some gratuitous comment from either my brother of me, in some way attributing all our current success to the blood, sweat, and tears of our parents…or something like that.

Of course, my brother and I both knew we wouldn’t be where we are today without our parents, both figuratively and literally. But that doesn’t mean they get the credit for everything.

Going to college was a rude awakening for me, as it is for many students, in the lesson of independence. Sure, I was used to getting my work done during high school but I had the safety net of my parents to check and make sure everything was ok. In college, even if you call you parents every morning and FaceTime/Skype them every evening like I did my freshman year, you still have to learn to manage stuff on your own.

I began to embrace my independence, going to bed when I could, eating whatever I wanted to whenever I wanted to. 3 am Taco Bell runs? You don’t have to ask me twice. In my academics, I managed my own schedule of when I needed to get started on my assignments or studying for a test.

Needless to say, perhaps I was becoming too independent. My phone calls home were less frequent and shorter, my studying become more individualized, even my meals started to move from the dining hall to my room. I wanted to be in charge of everything that was in my control.

Too much independence is not necessarily a bad thing; I think it can help you focus on your own goals and pursue them as you like. But what I realized that as I was becoming more independent, I was leaving behind those who were there to help.

One of my best friends had told me I was “too independent” and at first I took offense to that. I didn’t see what was wrong with living my life on my own terms and not depending on others. So in my stubbornness (which my friend also so kindly pointed out), I ignored his claims and continued about my routine. But his comment still stung and I decided to address the matter with him point blank.

Turns out, he meant to say my independence has blinded me from the help and resources around me. Rather than inconveniencing or depending on others, I chose to do things myself; almost as if asking for help would show that I was weak or vulnerable.

And as much as it pains me to say this, he kind-of had a point. Many people, myself included, use independence as a façade to overcome the feeling of helplessness. The “me against the world” mentality changes our perspective of every problem to be an individual task. It’s similar to those video games, where you get three hints but you never want to use them unless it’s a last resort. Just like that, we sometimes only want to ask for help once we’ve exhausted every other options rather than realizing if we ask for help earlier the task can be done quicker and perhaps more successfully.

So as my parents were dropping me off at the airport for my flight back to school, the conversation naturally focused on my upcoming MCAT and what study skills I should be using.

“Does it ever feel like we’re bothering you?” my dad asked, craning his head from the front seat to see my reaction. “Because you know we’re just doing it to help, right?”

I rolled my eyes and smiled, “Yes Dad, I know you are,” as I texted my friend asking to look over my MCAT study schedule for the weeks leading up to my test day.

Emma Hyatt
3115
The Truth About My Parents' Divorce