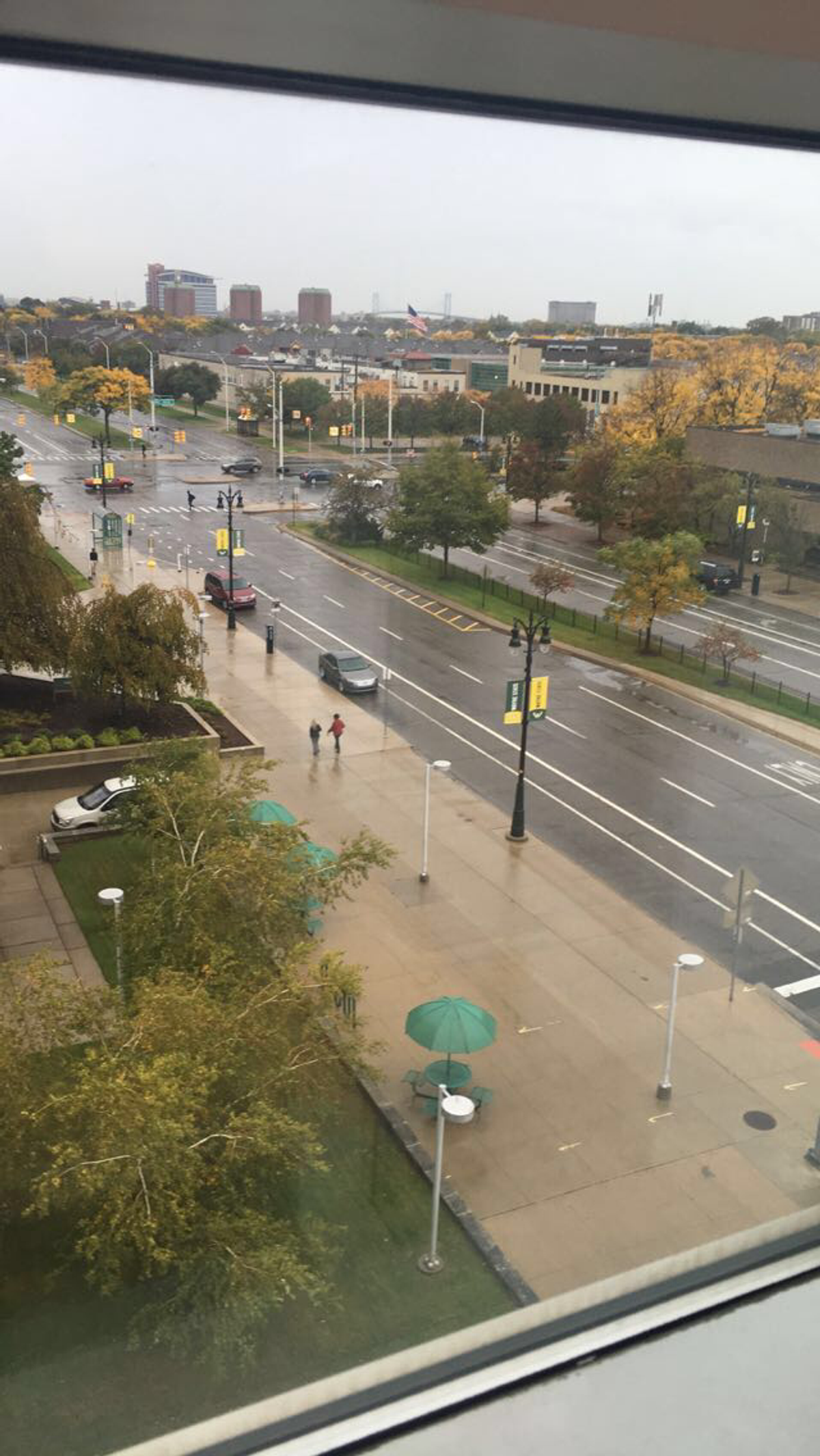 I recently attended a panel sponsored by the Kresge Foundation entitled, "Inequality in America's Cities." The discussion featured four esteemed individuals including: Angela Blanchard, Alec MacGillis, Keith Owens and Eric Robertson with moderator Benjamin Kennedy. The debaters came from different professional backgrounds, and each from a different city. What they brought to the table were many different perspectives about the current state of cities in America, and how problems in these cities should be combated.

When deciding to attend this event, I knew little more than that it was located at one of my favorite museums, Museum of Contemporary Art: Detroit, that it was free and that there would be food; those several points were enough to convince me that this debate was the best way to spend my Friday night. Luckily, I took along my little notebook and a pen, because there was some amazing discussion going on at this panel.

Areas of discussion included: the relocation of city residents, how money is used in cities (both efficiently and inefficiently), the involvement of government on both a local, state and national level, and how to maintain authenticity of cities while going through a 'refurbishing' period. Now, as a citizen of Detroit, I found it incredibly interesting to see how non-residents compared their cities to the city of Detroit.

A recurring theme that I noticed throughout the night, was the idea of how to find a balance between the city and the people. Angela Blanchard was a strong advocate for renovating cities on the level of individuals and small communities, such as neighborhoods. She spoke about the importance of looking at the actual communities and people within a city, rather than simply looking at the city as a chunk of land.

By focusing on the people in a city, many problems could then be solved. A problem with city planning, and large corporations simply coming in and taking over cities, such as Detroit, is that they do not understand the people, the culture or how the city operates. They (the corporations) are changing the essential equation of what the city is, while still trying to promote it as being the same.

But how is this happening in Detroit? Simple-- while corporations and individuals are buying up property in Midtown and Downtown Detroit, they are wondering why people are starting to say that Detroit is losing its "cool." Keith Owens, a speaker in the debate, said "cool is organic," this exists in the idea that cool is something that Detroit had cultivated and made for itself; as large corporations come in a change around the neighborhoods and setup of the city, the cool is taken away-- and replaced with something more artificial.

Although not all of the speakers related their topics on inequality in American cities to Detroit, the correlation was obvious. Cities are deteriorating, but rather than allowing or advocating for large corporations to come in and snatch up the property, cities and governments should be working to fund the current businesses, neighborhoods, school systems, etc. in order to maintain the personality and culture of the cities themselves.

Get involved in your local government, and stay educated on what is going on not only in your city, but in all cities throughout America.