Living life at my own instructions 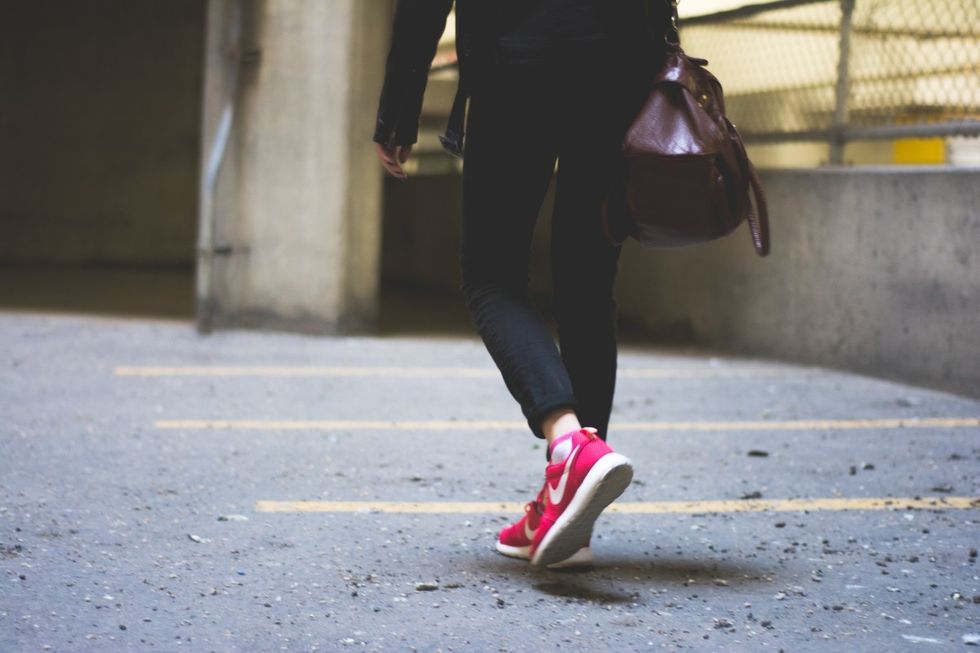 I was asked what I saw myself doing at 25, years ago. I recited an endless list of what I wanted to do and be, but I was lacking. I was lacking an individualistic aspect of what I envisioned myself as a mid 20s woman. I saw myself walking down the aisle at 25, having an apartment in the most "it" neighborhood of San Diego, and the list goes on. I had let myself be swooned into what was expected of me by cultural and social aspects. Up until a certain point in my life, I was convinced that was going to be it for me, you know, the 'dream life'. I figured I'd finish my undergrad by 22, I'd most likely be engaged sometime after that, and I'd have a vogue wedding in the vineyards of Mexico.

And that reality was accepted by me.

I came to crash into emotional walls when I began to really think about my future. I began to ask myself what I truly wanted. What did I want? I told myself to forget about everything I had planned and to really shut everything out and be honest with myself. I had always had a thirst for adventure and challenging myself, yet, I had already conformed myself with things that reflected someone who wasn't me. I wrote down a list of things I wanted in the next five years, among them I wrote: not feeling trapped, be independent, not get a major I hated for the sake of quickness, not give up. I made the decision that if I was going to fail or succeed it would be at the result of my own doing because if the future brought good or bad I'd still be doing my own thing. I chose to live. I had to leave many things behind, I had to make people unhappy in choosing my own happiness, and I had to say no when I had always been afraid of causing discomfort. With it, I threw a dice at life and waited for it to land in the place where I would be destined to go. I was afraid, I was nervous, and at points, I felt I was gambling with my life.

I chose medicine over finance because I had never felt so purposeful as I did when I interned and saw I could change lives. I knew I had an advantage over most grads had I gone into finance because I'd go into a guaranteed job, but the moment I tasted the life of a doctor, I knew nothing would give me the almost tear-inducing emotion it gave me.

Fate threw me in the heart of San Francisco, a place, I never even considered living in. Yet, I found myself in a place very distinct from what I knew. I exchanged the lavish downtown apartment future for a small, shoe box style room. At times I wondered if the big city was consuming me at the beginning, but I came out triumphant when I mastered the art of public transportation. To that point I had accomplished many things I had once dreamed of: I was preparing myself for a future I excitedly awaited, and I was becoming independent.

At the corner of 20, my visions had changed. Yes, I have struggled a lot, maybe for the price of becoming independent in a city hundreds of miles from home, without the comfort of living in a home surrounded by a loving family, and with the fact that if I want something I have to work for it. I have cried more than I would like to admit at the fact that I don't get my way most of the time, or that life isn't as easy anymore. I've had people talk about what they think they know about me because I live in another country, people who have bet that I will lose my way and that this is just a phase. You see, I've learned that at the end of the day it is not so much about what they want to believe about me, but rather what I think of me. At the end of the day, the end of a struggle, or days I wish I could sleep more, I remind myself that I am living the life I want to live, and I am proud of myself for that.

I had to make sacrifices that at the moment made me doubt myself. I was going to lose time with my parents, siblings, watch my younger brother's transition into high school, and reduce seeing my best friends from weekly to a few times a year. I had to redirect my current life into not the easy path, but rather the one that would lead me to personal growth. At 25 I no longer saw myself in a white dress, I saw myself in a white coat. My 20s were no longer programmed to becoming another person in a bitter job, conforming for the fear of jumping into the complete unknown. If you ask me now, what I see myself doing in my 20s I'll tell you I have no idea. I have no set schedule for anything, but I am continuing a steady road. Ultimately, that's one of the most important things: fall, run, cry, laugh, whatever you want, but don't stop walking. The destination is there, but the key lies in how you travel the road.