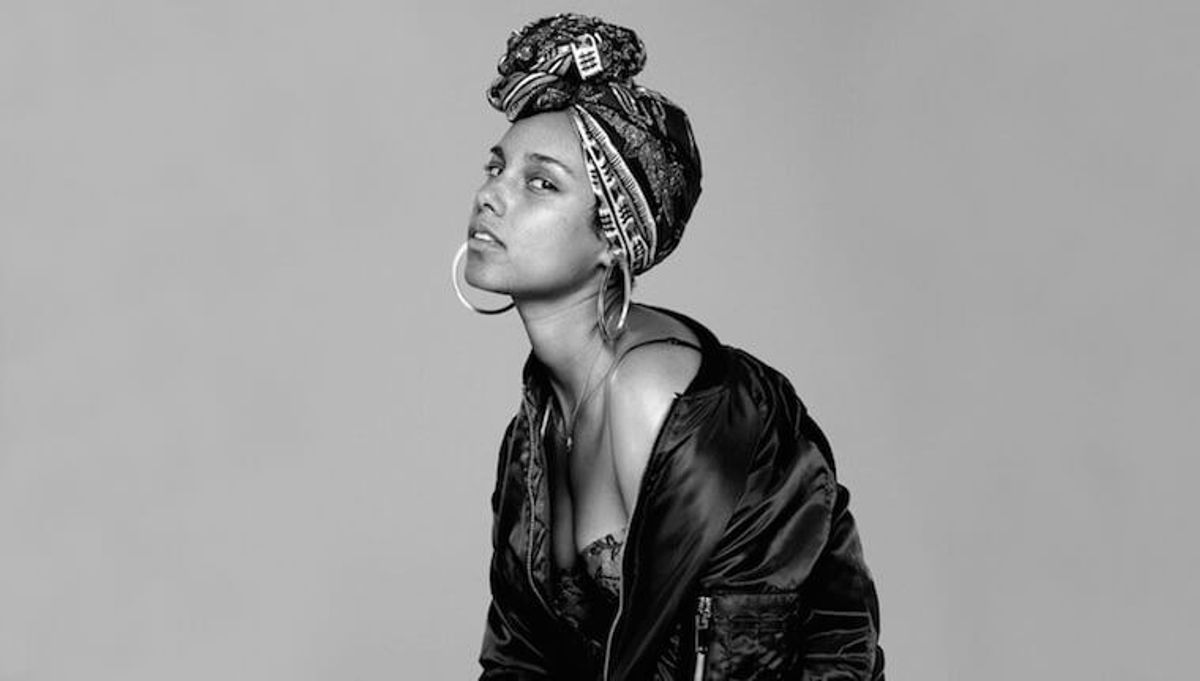 Recently, Alicia Keys launched a #NoMakeup Movement, and has received a bit of flak for it.

Keys began the movement after she realized what a huge part of her life makeup was playing. She believed it was giving her a sense of false-confidence. Keys said in an essay for Lenny Letter:

"To fit in or be thought of as beautiful, you have to cover up to be a bit closer to perfect... Every time I left the house, I would be worried if I didn’t put on makeup: What if someone wanted a picture? What if they POSTED it??? These were the insecure, superficial, but honest thoughts I was thinking. And all of it, one way or another, was based too much on what other people thought of me."

Keys has stopped wearing makeup altogether, including in her performances and photo shoots in order to regain her own confidence, and she has invited all women to join her movement.

Some, however, are not very fond of her movement. Why? They say that it is hard to listen to a woman with flawless skin - free of blemishes and wrinkles.

I understand this critique. If Keys wanted this to be a movement, she needed to reach women who aren't ready to put down the foundation and mascara every morning.

But to some extent, I am curious as to why we, as women, have to critique what Alicia Keys is doing. There is nothing wrong with what she is doing. She isn't forcing anyone to join her #NoMakeup Movement. Instead, she is trying to become a face of a movement that has helped begin to give her more confidence. Realizing that she is a role model for many young women, Keys begins this movement with the right intentions.

I think that as women, we must stand together. We don't have to support everything that the other is doing but we must respect our ability to choose and make our own decisions to empower ourselves. We should be working to build each other up instead of tearing one another down.

So while, I may not be prepared to put down the makeup brushes just yet, I applaud Keys' strength in building her own confidence and bringing a movement that empowers her, and likely several other women, to the public sphere.

Kassie Hsu
Baylor University
1638
Panda Whale
Here are 100 things I'd rather to than study. I know the semester just started, but
Featured