In My Father's House
Odyssey

In My Father's House

Some say Sunday Funday; for me, it has always been Sunday Family Day. 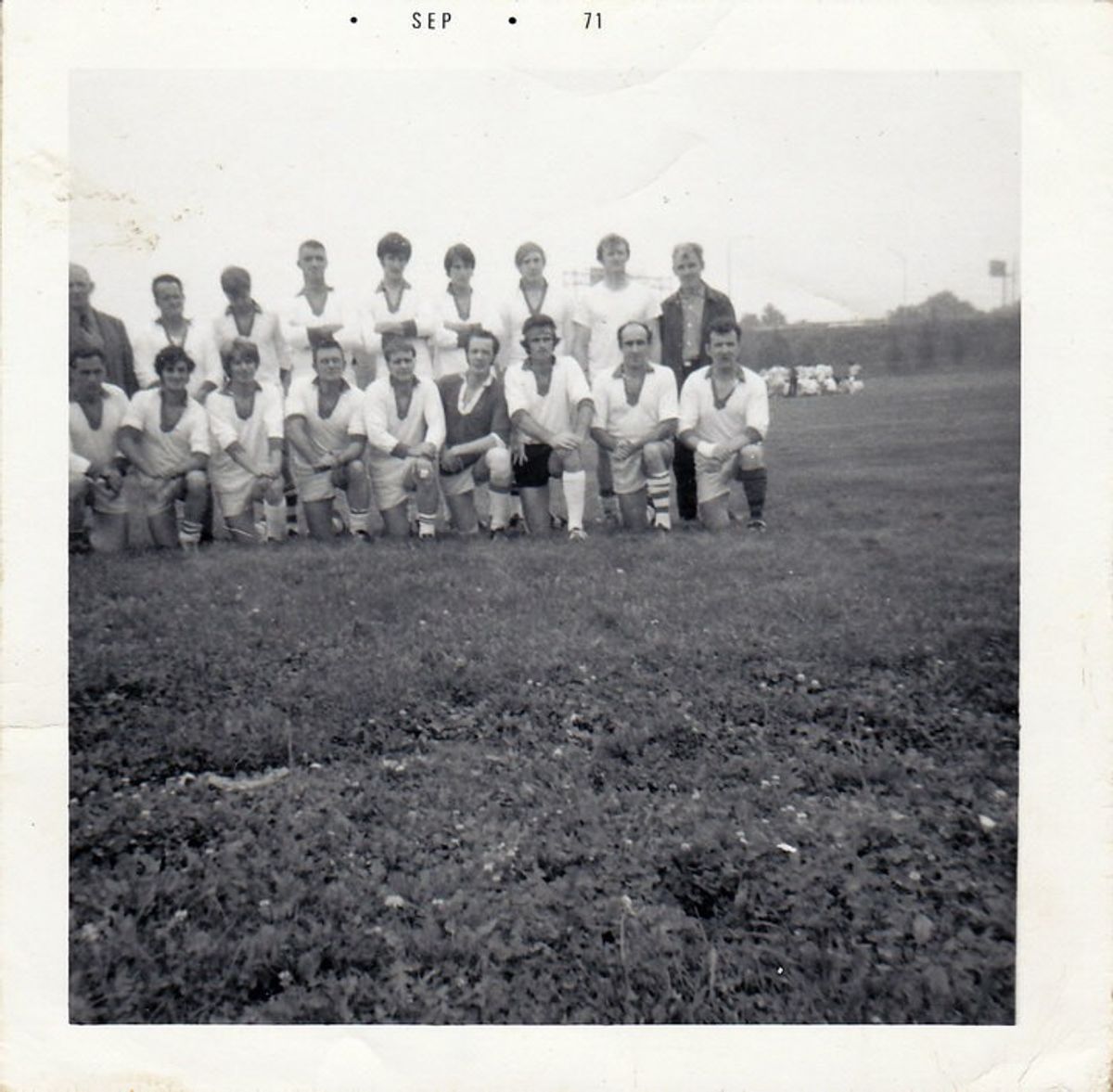 Some say Sunday Funday; for me, it has always been Sunday Family Day, or Sunday Football day, depending on the time of year. The best days are when all three combine. Family means many things.

I grew up on family values, though us four kids never knew that we were being raised “right”, we just knew our folks loved us, sacrificed endlessly and relentlessly for us, and our friends treated us with kindness and warmth. There were only the six of us growing up, with no relations in the U.S., but the adopted family we had, and still have, are huge in number and massive in love. We knew we had no relations nearby, but we were never lacking a family.

A weekly appointment, as available, is to meet my mom for mass, then go to breakfast, usually at Gene's Place, where my dad often joins us after wheeling the old folks to Mass at St. Augustine Manor. He has done this for as long as I can remember.

I was driving from Mass at St. Mel’s when I saw a young girl, maybe 10, jogging across the street. I stopped to let her pass. Her brother, maybe a year or two older, followed, then the mom, then dad pushing a stroller – by jaypers, it was only missing the family dog.

What a great activity for a family to engage in, on so many levels. Time together, being active, taking care of your health, facing challenges and motivating each other; multiple messages and shaping values, great and small … I thought it was fantastic.
I drove on to Gene’s Place, a cool but casual family style restaurant with hundreds of pics of famous Hollywood folks on the walls, with a few Cleveland sports pics and old war bond type posters added in for good measure.

On Sundays, there are always three hosts at Gene's. The oldest is and always has been, as rude as they come; the middle is a nice woman, quiet but nice, and the youngest always a high school or college aged kid that rotates with seasonal staff. The last two are friendly, and trying to do a good job. I have no further comment on the first one. We go there 2-3 times a month - it is close, reasonable cost and outside the one host, pretty friendly and fast.

There are ALWAYS empty tables, un-bussed, and on random Sundays, for no reason I can discern, despite the unblessed empty tables, a waiting list to be seated carries a half page of names. This time, it was packed. We went across the street to @PjMcIntyres instead, and I had a great lunch with mom.

The turkey club on a pretzel roll, hold the tomatoes, is my fav @Pj’s, but the soccer mentals watching the game unnerved my mom a bit. We talked, shared our week and talked about things coming up.

I remember one Saturday, being 10 or 12 years old, and painting the ceilings at the old West Side Irish American Club on 93rd & Madison. A friend of my father was next to me, painting the wall. I, being young and stupid, never realized the roller I was using was not only covering the ceiling quite well but in my lack of situational awareness, was also spraying and dripping paint on the floor.

Soon after, the friend saw my mess and stopped further damage. He never said a word to anyone, just helped me clean it up, teaching a few lessons on class and camaraderie while saving me embarrassment and the look from dad I knew would come, and was glad to avoid.

My dad played broomball in Montreal, and started a league here a few years after meeting and marrying my mom, having my two oldest sisters, and emigrating for the second time, first from Ireland to Montreal then Montreal to Cleveland. Winterhurst Broomhockey League had evolved from an outdoor rink in Parma on Sunday afternoons to a 48 men’s and 12 women’s team league, with games held at Winterhurst, Rocky River, and North Olmsted rinks four days a week.

I remember well my mom having the entire sixty team league schedule taped together and spread out on the dining room table, and the eraser residue would linger as mom and dad fought rules, protocols and time limits to lay out the coming year’s games, playoffs, and awards banquet. This was all by pencil, all by hand.

Division 1 games were still held on Sunday afternoons at Winterhurst in Lakewood, and the stands would be full of family and friends in the highly competitive and highly fun league. The floorboards in the stands would vibrate with the pounding feet and the cold walls echo with claps and shouts, the air brittle, cold and vibrant. Every Sunday all winter, after the game many would come back to my folk’s house five-six blocks away, for a meal, a beer, game rehash and other stories. We were Circles, long before Google.

As my folks are getting older, and my dreams of a family of my own face the reality of the passing of time, I walk the path of my own experience, and take the family given to me, by the grace of God, and the lessons of my parents, with open arms.

Thank you for allowing me to share my story with you; please share your story, with me.

“Follow me where I go, what I do and who I know;