The Importance Of Inclusive Feminism
Odyssey

The Importance Of Inclusive Feminism

If your feminism isn't intersectional ... who is it for? 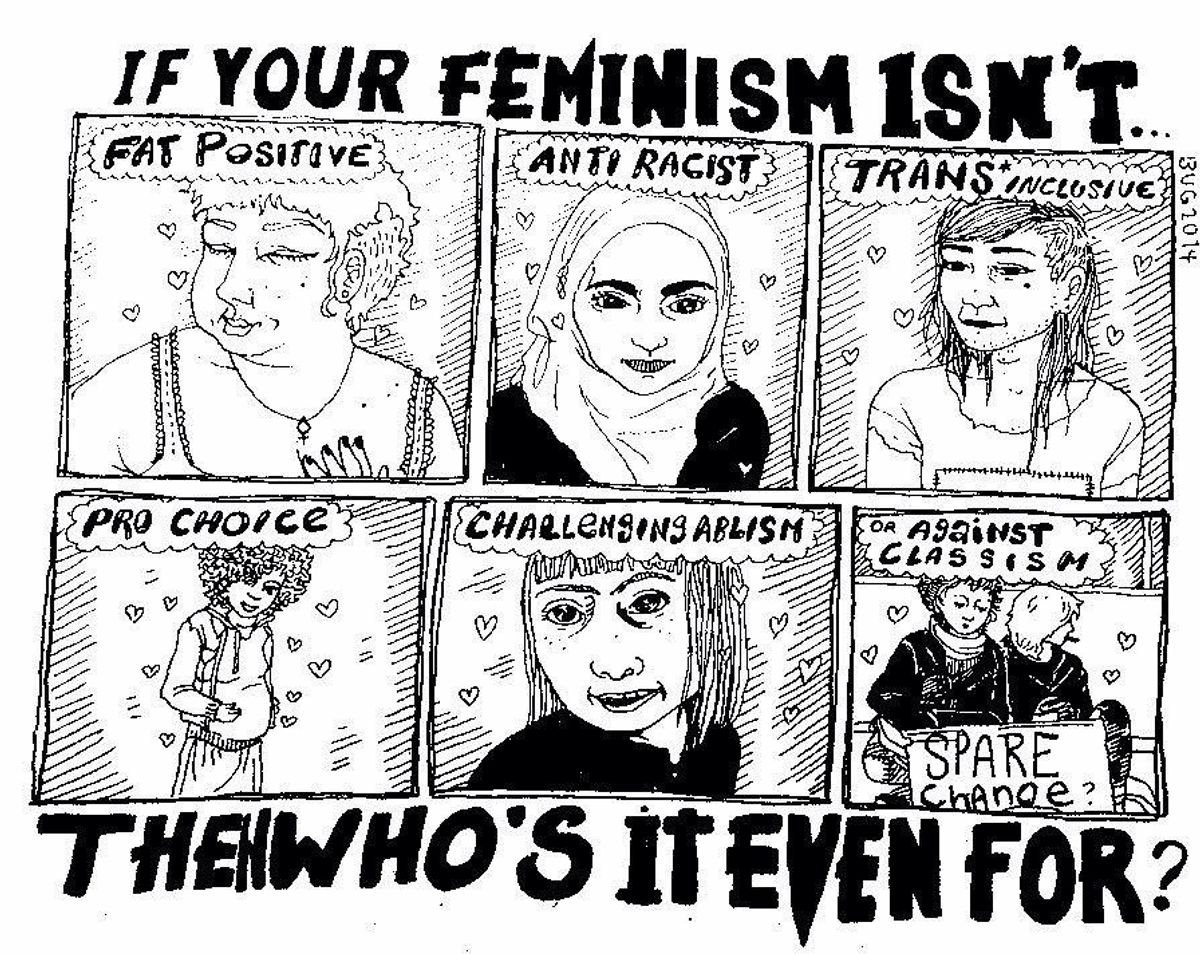 Feminism is not a pretty blonde woman in a Rosie the Riveter T-shirt or a white woman running for president yelling about the wage gap.

Although it has been stated and restated many times, the general population seems to misinterpret the goals of modern feminism. It is not a dirty word. It is the very core idea that women are as deserving of opportunities as men. It is the radical notion that women have value.

That being said, you cannot claim your feminism if it is not inclusive. If your feminist heart does not break for all the injustice toward women in the world, it is not true feminism. We have been educated by our society that there are no injustices in America. It’s not our fault; we are products of our education. We have been taught well. But when injustice knocks on your door and steals the breath from your lungs, then you must choose enlightenment. You must choose to be educated and to let that education liberate you. If your feminism is not inclusive, it is not feminism.

Feminism is knowing that while the white woman may make 77 cents to the man’s dollar, black women make 60 and Hispanic women make only 54, according to Think Progress. Feminism is the knowledge of white privilege and using it to help our women of color. Women of Middle Eastern descent are also subject to other forms of inequalities. In a time where Americans are taught to fear Muslims, we must stand up for our women’s freedom of religion. Hijabs, burkas, shaylas and al-amiras are only oppressive if the woman does not choose to wear them. Calling them oppressive makes you the oppressor. If your feminism is not racially inclusive, it is not feminism.

The notion of feminism is the social, political, and economic equality of the sexes. That includes transgender, gender binary, and any other gender identifications. According to the National Center for Transgender Equality, 41 percent of transgendered people attempt suicide, compared to only 4 percent of the general United States population. Standing up for our trans brother and sisters is a fundamental first step to gender equality. If your feminism is not trans inclusive, it is not feminism.

We live in an America where guns have less restrictions than a woman’s body. Every day women face a sexual double standard. While politicians are calling for both the woman and the doctor who performs abortions to be punished, there remains no punishment for the man. Women must stand up for one another’s reproductive rights and the right to her own body. If your feminism is not pro-choice, it is not feminism.

In an America where it is debated whether or not we even need feminism, I urge you to self-diagnose. There is injustice almost everywhere you look. There are inequalities that can be found anywhere. Ignorance is only bliss for those who it does not affect. White feminism is oppressive. If your feminism is not inclusive, it is not feminism.

5 Benefits Of A Healthy Debate