Impact Of Social Media On Our View Of Violence And Extremism

We have got to be conscious of what we allow ourselves to take in from the media and how it shapes our views of the world. 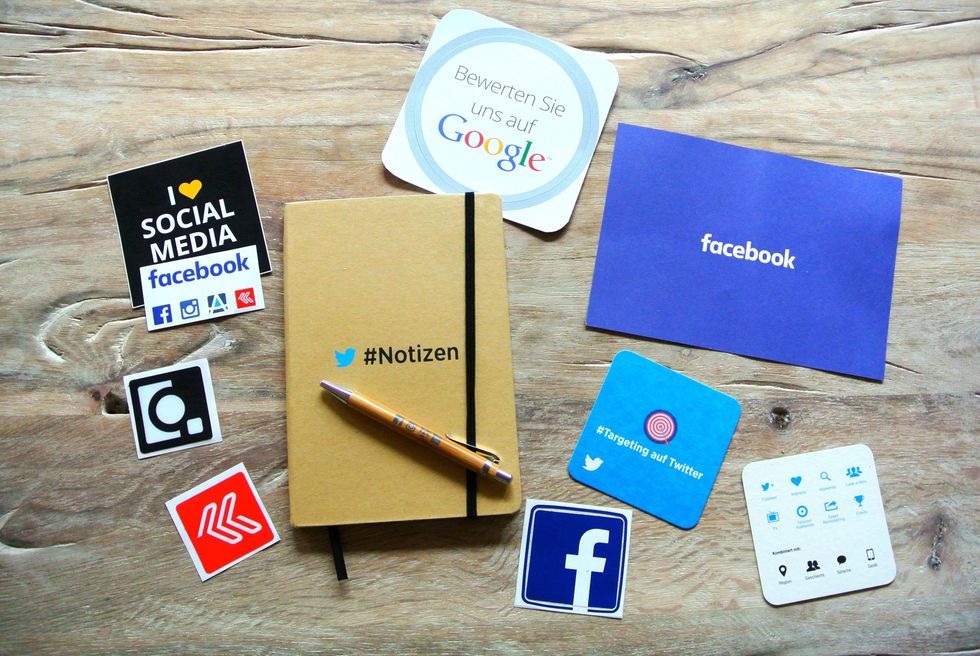 When I woke up last Friday to the news of a mass shooting in Christchurch, New Zealand, I was upset but not surprised. With the political climate and extremism of our world today it seems as though terrorist attacks and even random acts of mass violence have become a staple part of the nightly news. I'll admit, I've become so accustomed to this type of news, I didn't even bother to turn on my phone and read about the details right away; news like this has begun to feel almost monotonous.

It's become normal enough for my friends' reactions to be a simple glance up from their phones, sighing "ugh another shooting," then continuing with their day. It sounds insensitive, it sounds immature, it sounds wrong, but the truth is with the media - especially social media - allowing us to read about and discuss every shooting, bombing, and riot that happens today, we have become utterly desensitized to violence.

Don't misunderstand me, the discussion of these topics among all demographics is extremely important, but it's more often than not being discussed in an unhealthy way, especially among young people. If you log into almost any young person's social media accounts where they follow other young people and pages that cater to that specific audience, you'll likely see self-deprecating, ironic, shock-value humor and almost nothing else.

This isn't always a bad thing, and personally, this is my favorite kind of humor - as it is for most other youth. It provides a place to joke about our insecurities, failures, and everyday struggles of life and make light of it all. The issue arises when jokes are continuously being made about topics that should not be made light of, such as terrorist attacks and mass shootings. Although the violence occurring in and of itself so often does play a role in the desensitizing of young people, I believe social media and modern humor play an even larger role. See, my generation has adopted humor as a sort of coping mechanism. We find things to poke fun at in even the most terrible situations, downplaying the effects and depth of them, therefore protecting ourselves and dissolving a feeling of responsibility to make a change or step up.

The Christchurch shooter knew this. He was smart; he knew exactly how to get notoriety and it worked. A total injury count of 50, a death toll of 50 that could likely climb, a live stream of the entire attack on Facebook, and this man was still able to get his target audience - young, impressionable people - to joke about it and get it trending on social media. This outcome was no accident, either. It was carefully planned.

I hadn't come to this realization until today when I was walking to class. As I walked through the row of booths selling things and promoting organizations, I passed a booth called "Freedom of Speech Ball." It was just a giant beach ball that anyone could write on to express whatever opinions or viewpoints they wanted to - really random, I know. As I walked by it, I caught a phrase out of the corner of my eye that reads "Subscribe to PewDiePie." For reference, PewDiePie is a famous Youtuber whose main audience is children and young people. I thought it was odd because it seemed very random and out of place in the middle of the other politically-charged statements until I remembered that this particular phrase is trending on social media right now because that's what the Christchurch shooter said at the beginning of his live stream. I realized he had used popular comedic influencers and icons largely intertwined with the modern humor of today's youth to spread his name and message. After reading an article that explains this much better than I ever could - which you can read here - my eyes were opened to just how blind so many of us are to the effects of social media and the way we view the world. As the article states, this man inserted popular memes throughout his manifesto to relate to younger people - the generation soon to be the adults who run governments and lead. Funny gifs and jokes were being mixed in with words of white supremacy and murder in order to normalize it and desensitize the likely impressionable reader to the horror of it, making it seem almost acceptable to those vulnerable to his tactics. At most, his goal with this was to gain followers of his anti-immigrant, anti-Muslim beliefs; at the least, it was to get young people talking, doing so through sharing his memes inside the manifesto and poking fun at it. We have got to be more conscious of what we allow ourselves to believe. We have got to try and undo the desensitizing that has been instilled in us. We have got to be conscious of what we allow ourselves to take in from the media and how it shapes our views of the world.

Our generation is the future. If we allow ourselves to continue to downplay these events and close ourselves off from truly realizing the depth and horror of the violence around us, things will not change. We have got to open our eyes and know that change starts with us. It starts in our living rooms, at our schools, in our hometowns. It starts by following New Zealand's example: don't share his name, don't share his manifesto, don't watch the live stream unless you truly want to understand what these people went through in their last, brave moments. Stop making jokes, stop poking fun; no more making light of violence. As terrible as it is, we have got to learn to undo the desensitizing so that we can be moved enough to make changes in our world and in our societies.