I've been afraid of something like this for as long as I can remember. 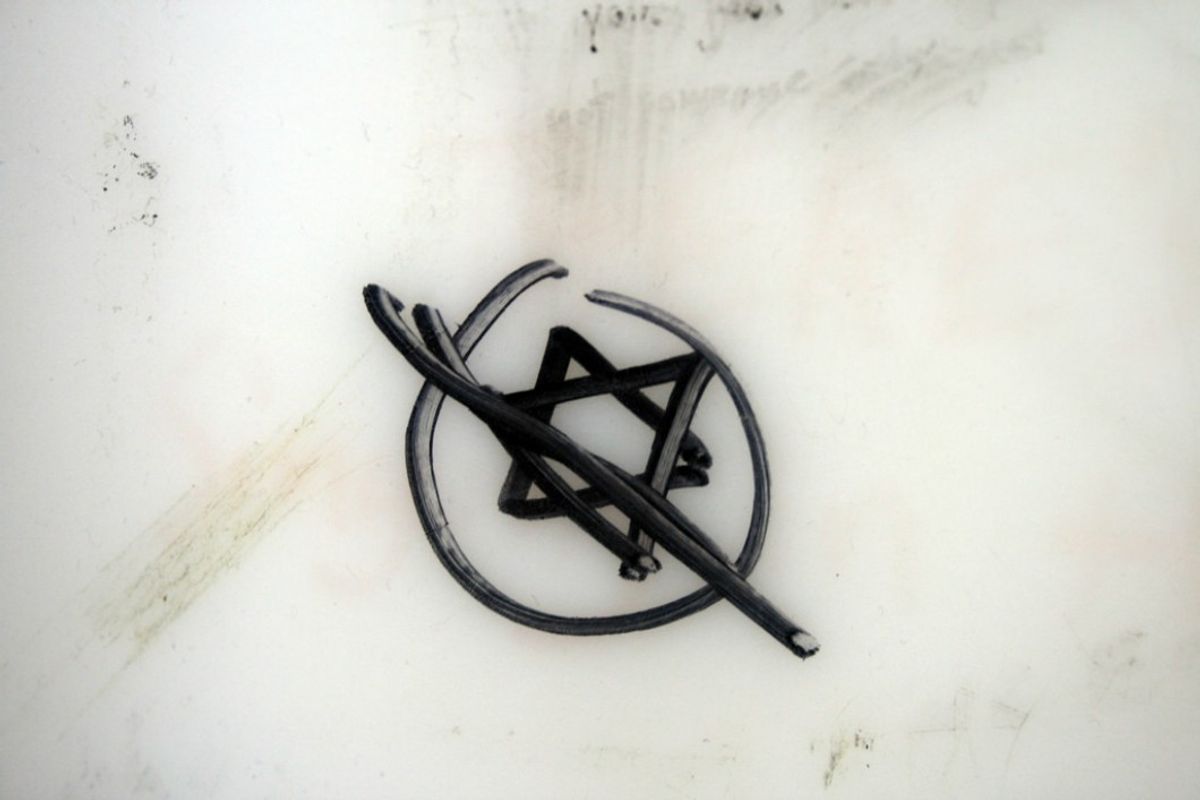 When I was younger, I used to practice holding my breath. At my desk in school, in my bed at night, on long car rides and at family dinners. I’d feel my lungs tightening, desperate for air, but I’d hang on. My face would turn red and spots would appear in my vision, but I kept holding my breath, never more aware of how vulnerable I really was than at that moment.

I practiced holding my breath so that, on the chance I ever wound up in a gas chamber, I could survive.

Somewhere in my mind, I knew that was stupid. Just like I knew it was stupid to think that good posture and strong arms would make the Nazis view me as a good worker, not a candidate for immediate death.

The earliest I can remember doing this was when I was 7 years old.

I grew up Jewish in a predominantly white and Christian town, close enough to a major city to keep up the veneer of progressivism and tolerance and hide the hatred bubbling underneath. For anyone who knew what to look for, my last name marked me, and for those who trafficked in stereotypes, my appearance fueled their image of what a Jewish person should look like. Other children told me I was going to hell, that I murdered Jesus, that I had horns and a tail hiding under my oversized T-shirts and curly hair. Other kids picked fights with me on the playground, and my mothers got phone calls from parents demanding an apology for what I had done to their children.

Kids will be kids, right?

But those kids learned it from somewhere. I learned just where that was years later when I mentioned to a supervisor that my family was Israeli and she responded with the phrase, “I knew you had some Jew in you!”

These are memories I keep to myself. I don’t tell people that every few months like clockwork from the time I was 7 years old that I have nightmares about being rounded up and taken to a featureless room, about suffocating and waking up and suffocating again. I wonder who would help my family and who would turn on me. I know the names of every death camp and everyone’s specific purpose: work, murder, murder, work. I wonder which one I would have died in.

I’m not telling you this now because I want you to feel sorry for me. I’m telling you this so you understand that the events in Charlottesville aren’t a surprise to me. They’re what I’ve been afraid of my entire life.

I’m afraid of what the neo-Nazis and white supremacists who marched want to do to me and my family. I’m also afraid of the apathy I’ve seen from people who make it a point to stand up for other people’s civil rights. Few of the responses I’ve seen to the events in Charlottesville acknowledge that the anti-Black racism and the anti-Semitism displayed by the marchers are two sides of the same hateful coin, that Jewish people like me have as much to fear from these people as anyone, because the Nazi ‘blood and soil’ ideology they’re espousing was used to murder six million of my people.

Anti-Semitism isn’t dead. It didn’t end with the Holocaust.

It’s been very much alive all this time, and even when the wider world is presented with proof of what Jewish people have been experiencing all along, they still ignore it.