Charlottesville Is Nothing New, But Maybe You'll Stop Pretending Racism Isn't A Problem Now
Odyssey
CurrentlySwoonLifestyleHealth & WellnessStudent LifeContent InspirationEntertainmentPolitics and ActivismSportsAdulting
About usAdvertiseTermsPrivacyDMCAContact us
® 2023 ODYSSEY
Welcome back
Sign in to comment to your favorite stories, participate in your community and interact with your friends
or
LOG IN WITH FACEBOOK
No account? Create one
Start writing a post
Politics and Activism

If you're not a solution, then you're the problem. 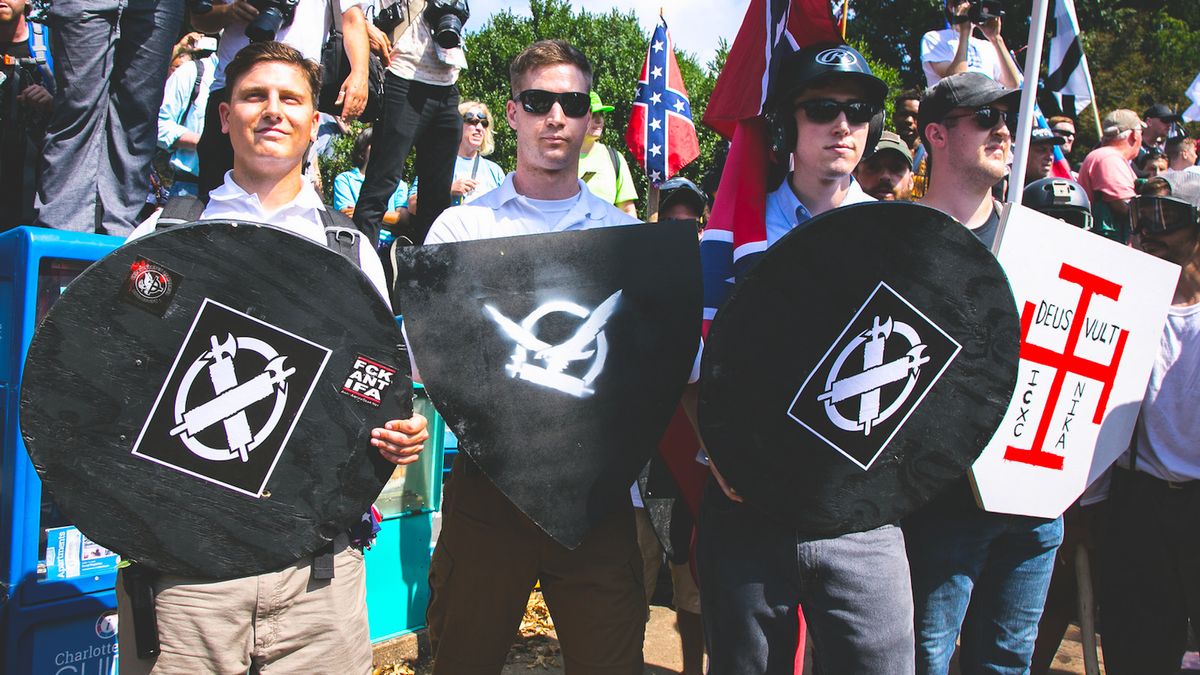 As a white American, you are able to take late night walks without the fear of becoming a victim like Trayvon Martin.

As a white American, if you're pulled over by a police officer, you don't have to fear for your life because you weren't taught by your parents to keep your hands on the wheel, always address them as "sir" or "ma'am" and do everything they say.

As a white American, you don't have to go through half of what people of color endure.

Stereotypes are just a word to you, no pain or history follows behind it.

Sitting in my living room, I watched the news unfold about the riot in Charlottesville, Virginia where white supremacists and Nazi’s organized a “Unite the Right” rally. Apparently, Jason Kessler organized the rally to protest the planned removal of a statue of Confederate general Robert E. Lee from a park in Charlottesville. That Friday night, it stopped being a rally when the protestors use the guns, sticks, and torches they were armed with on counter protestors. I wasn't shocked that something like this would happen. The violence resulted in one death and nineteen injuries when James Fields, one of the white supremacists, rammed his car into the crowd of a peaceful anti-racism protestors. There were at least fifteen other injuries associated with the rally

One of the injuries reported involved 20-year-old, Deandre Harris. He says that he and his friends did not initiate any form of violence. He was transported to Martha Jefferson Hospital where he was treated. Harris was left with eight stitches to the head, a broken wrist and a chipped tooth from the altercation.

"This represents us taking our country back. We're going to fulfill the promises of Donald Trump. He said we have to take our country back and that's what we are going to do." One of the protestors, David Duke told a CNN Reporter.

After being invoked in his name, Donald Trump wrote on Twitter "we ALL must be united & condemn all that hate stands for. There is no place for this kind of violence in America. Let's come together as one!" But how can the president possibly say that after making a mockery out of this country? Trump literally has been encouraging this type of behavior for months during the presidential election.

*warning: this video does include some crude language and the violent mistreating of many black Americans.*

The president can't call out the white supremacists because those are the people that gave him his votes.

Call it what you want but this is terrorism. These nationalists targeted a specific group and attacked them not only physically but also verbally. Harris and the other victims of the counter protest didn't deserve what they went through. Nobody deserves that. Only a few might have noticed but none of the white supremacists hid their identities because they were confident they would leave there alive and still have a job to go back to on Monday. It's disappointing but true that if the situation were reversed, it would've resulted in a different story.

Even as we protect free speech and assembly, we must condemn hatred, violence, and white supremacy.

It's disheartening to learn that some of us can't move on from our hateful ways. It's painful to know that our siblings and children will have to know the truth of how the world views someone of their skin color. As POC, we are not safe in this country. Our educational systems taught us that America is the land of the free but it's far from it. Wise words from Maya Angelou, "hate has caused a lot of problems in this world but it has not solved one yet."

In the end, love will always win.

If we truly want to become one nation under God, it's time for America to pick a torch.

Nicole Marie Nigro
Individual Creator
1685
c1.staticflickr.com
Where to start...... Let me start with the cliche that life throws us curveballs and what we do with it is what counts.