If You're Not Racist, Homophobic, Or Sexist Then Prove It
Odyssey

If You're Not Racist, Homophobic, Or Sexist Then Prove It

How you should react to Donald Trump's election 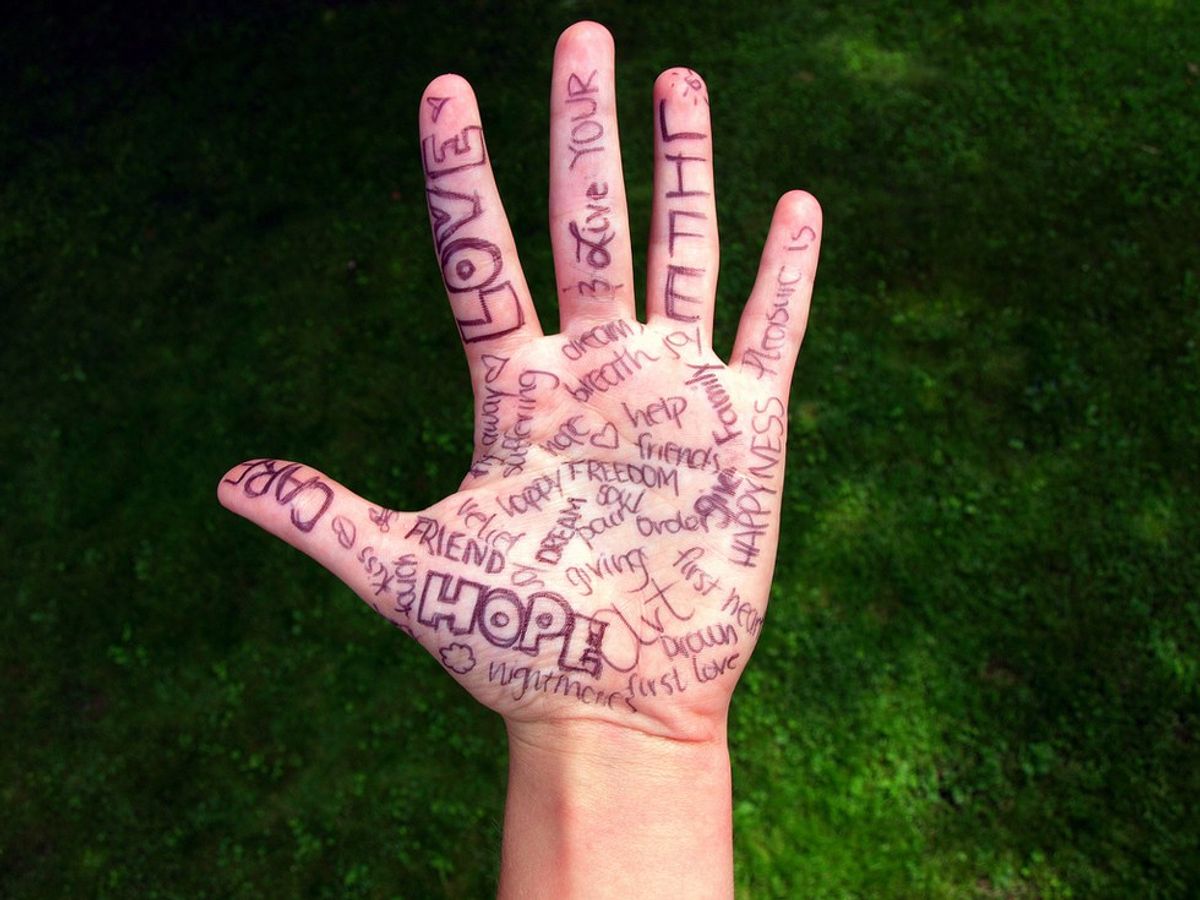 This election was madness. It still is. The entire country is going insane. A lot of people are excited and happy that Trump won. Many people genuinely believe that he was the best choice for leader of our country, and I can respect that even though I disagree. This article isn’t about that.

This is about the fact that a lot of people are terrified—basically every minority group and person that was insulted and made fun of during Trump’s campaign. I understand that fear, but a lot of people don’t understand it or know why it’s so prevalent.

Here’s the thing. If you’re not feeling afraid right now, I’m happy for you, but it is not okay to dismiss or invalidate someone else’s concern or hurt because you don’t feel it. That’s the equivalent of someone slapping you in the face and then saying, “What? It didn’t hurt me.” That’s crazy. So don’t do that.

If someone voices concern or fear for their future don’t tell them to get over it. Listen to them. Validate that feeling, because they’re allowed to feel whatever they want to in regard to their own life. You do not determine what constitutes a valid reaction.

Also, don’t attempt to persuade anyone that they don’t need to be afraid. While some people can confidently say that Donald Trump won’t do what he said he would…those are the people who don’t have to be concerned that he just might. Don’t tell us we’re wrong to be afraid or that we have no reason to be. We have cause. Trump’s words during his campaign. His vice president’s voting and policy records, which make him terrifying for LGBTQ+ people in particular. The fact that they have party control over the House and Senate, and the ability to appoint Supreme Court Judges. That’s a lot of power.

These might not seem valid fears depending on your political views. But there are a lot of people in this country who are afraid that their rights are about to be taken away. I’m not saying that’s the case, but it is certainly how it feels. It feels like all the progress for LGBTQ+ rights and attention to issues like race and reproductive rights is about to roll back to the 1950s.

So, given the legitimate fears that we have, being in America is a scary thing right now. Because it looks like our country just voted into office a man who has consistently said things that devalue and dehumanize us, especially non-white people and immigrants. His running mate has passed policy and made claims that support conversion therapy. So, yes. We feel that a racist, homophobic, xenophobic, sexist, etc. duo has been given the highest offices in the land.

Whether or not this is true does not matter. I repeat: It does not matter. Stop trying to convince me that Trump isn’t racist. He’s not the one I’m worried about. I’m not thrilled about his election, but the main reason I feel unsafe is that so many people voted for him. So many enthusiastically supported Trump and Pence in their campaign to make America a place where I and so many other people are not welcome.

We don’t know who is safe anymore and what’s more, many of the people we thought were trustworthy and supportive no longer seem to be. We don’t know who stands with us anymore. The rug has been ripped out from under our feet by friends and family members, and we don’t understand why anyone would support a man who views us as less than human.

So whether you voted for Trump or Clinton or a third party, you have one job right now. If you are not racist, or homophobic, or xenophobic, or sexist, you need to make that clear. Don’t just deny it. Prove it. Actions speak louder than words. Reach out to the people who are afraid. Stand with them. Be an ally, not just in words or thought but in action.

Speak out in support of everyone who feels they are no longer welcome in this country. Lend your voice to give theirs more volume. Go into arenas where we are not welcome and tell the majority to shut up and let us speak. Do not let the election of this man validate everything he has said about us. Do not let it be acceptable to support those ideals. Speak out against anyone who actually is racist, homophobic, xenophobic, etc. Make it possible for our voices to be heard, for our experiences to be validated, and for us to feel that we really do have a place in this country.

If you want to dispel the fear and despair surrounding Trump’s election, don’t just tell us to get over it. Show us that we do not need to be afraid of you. Until then, we’re going to be justifiably terrified about what the future holds.