If the Mean Girls Were in College, Who Would They Be?
Odyssey

If the Mean Girls Were in College, Who Would They Be? 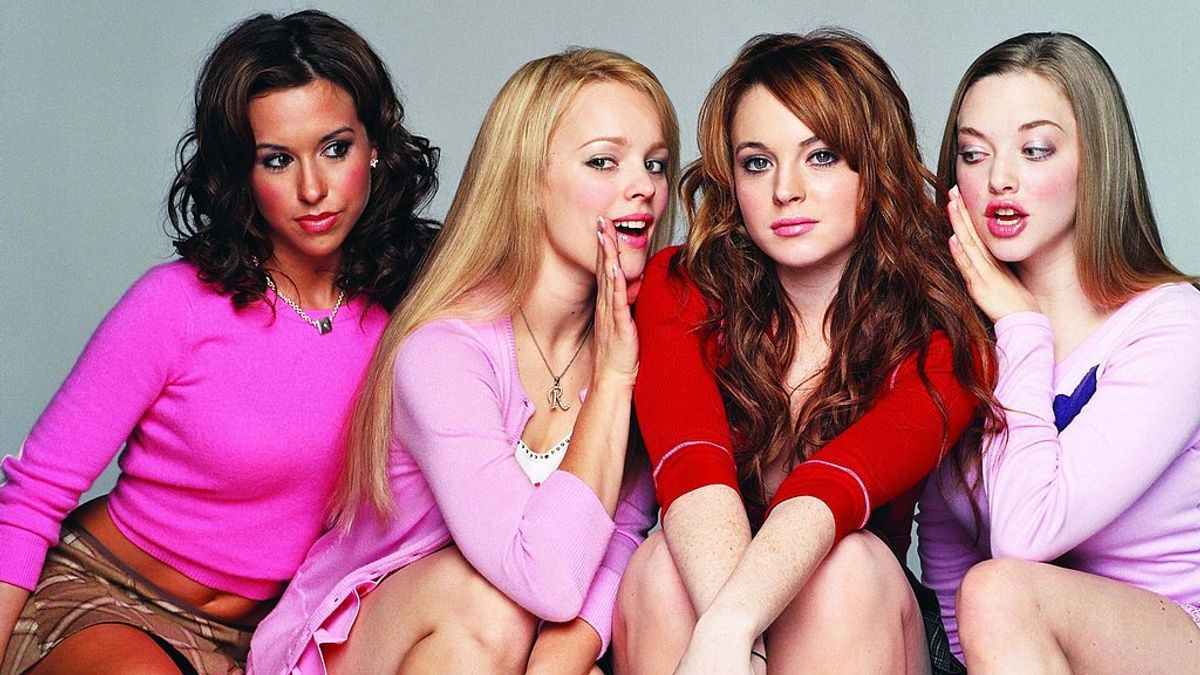 North Shore High School will forever be ingrained in our minds as the fictionalized epitome of the ultimate high school hell.

The Plastics, The Jocks, The Nerds and everything in-between encompass a tale that everyone from tweenage girls to grown women can consistently quote to this very day. Making it's way into our hearts in 2003, the Plastics infamously changed the way that we perceived the stereotypical 'high school experience.'

This tale stems from the lives of brutal teenage girls who ruled with Grade-A b*tchiness: from the Burn Book, to the projection room above the auditorium, to the best high school parties and the sluttiest halloween costumes. However, what exactly happened after the North Shore Glory Days?

While it's not uncommon to fall into certain stereotypes after high school, I'm sure we've each pondered what college would look like for the cast of North Shore High? Where exactly would this darling group of former high schoolers fall in the stage of a 2014 University?

Here's the nitty gritty breakdown of what WE believe the lives of our beloved Mean Girls would look like....I present you Mean Girls 2: College Daze

Upon graduation, Cady Heron realized that perhaps the  'Mean Girls' life just wasn't what she was cut out for. Noted for her knowledge of the world and love for Africa, Cady's experience with small town politics no doubt prepared her for a career in International Affairs.  After joining a sorority, Cady became somewhat of a hipster, the type of girl that couldn't be easily distinguished as a full-blow sorority girl. Obsessed with boho chic, while she absolutely has hella hot guy friends, her main focus is bettering the world, Emma Watson style. Rather than caring about the 'hottest frats' on campus, she’s concerned with staying up to date with World News. To her friends is a more reliable source of global events than CNN.

Her ability to rule and create mass obsession with her looks, style and attitude eventually led her to her true calling in life: the position of Recruitment Chair.  With her glowing platinum blonde hair, she’s Instagram famous and has more girls styling themselves after her than tips from Cosmo. Upgrading from army-pants and flip flops, Regina George is still #flawless. In 2014 her grades are impeccable... partially due to the fact that no Professor wants to feel the wrath of her during later years when she is actually the main financial contributor from the Alumni association.  Her and her beau have been together since the second week of freshmen year, and go figure: he’s the the biggest Frat Daddy we've ever seen.

Oh yeah- they definitely get married.  It takes a good four years to make the relationship official since, you know, they’re both staff members at the school (Duvall being the Principal and all).  They keep their relationship under wraps, but all the teachers have an indication that they’re meant for each other. The exposure of their love comes as awkward as it started- her sweater getting stuck over head in the teacher break room with Joan the Secretary as witness.

Accepting her role as the most stereotypical sorority girl you will ever find in life, Gretchen Weiners and her Toaster Strudel empire made her the ultimate rush trophy her freshman year.  Sucking up and perfectly complimenting every single house she visited, Gretchen is a rush all-star. Her ability to sway opinions with money and esteem led to 'fetch' actually happening. With her brunette curls still over flowing with secrets, she knows things about people that they didn’t even know about themselves. She’s the socialite that never sleeps, yet still manages to stay in school… mostly because the guys she flirts with in class somehow always end up doing her work for her with the promise they’ll be her first choice for the upcoming date night.

Following in Gretchen’s footsteps, Karen accepted a bid to the same house...because honestly, where would Karen be without at least one plastic at her side?  She is dedicated to social themes and never passes up the opportunity to prove her boobs are real.  Spring Break is her forte, and football players are her kryptonite.

Ditching the goth look and keeping her support of the LGBT community, Janis Ian revels in her legitimate sex appeal.  Her and Kevin Gnapoor had the tumultuous relationship, and every one of her friends begged for her to bail.  Janis is the Editor of a women’s only publication, and organizes protests in opposition to the 1%.  Uniting hipsters and frat boys alike, Janis's idea of an eventful weekend is to challenge the smoking ban on campuses nationwide.

Behind every sorority girl, there's always an incredibly supportive GBFF. To be honest, if you’re not seeking advice from Damian, are you actually being advised?  He is champion of being himself and is legitimately envied by straight boys across campus for his confidence and ability to appeal to all people.  He and Janis are still attached at the hip, but with different extracurricular activities. They still have the ability to bring down any targeted person, so if you love yourself more than a tid-bit of questionable gossip, don't cross Damian.

This girl never lost her tight bod. She is still the "IT" girl of Asian women.  She stayed an independent and is easily recognizable as one of the hottest girls on campus.  She has a following that remains loyal, with Gretchen secretly still being one (I mean, she learned a different language for her....if that doesn't scream true friends than I don't know what does).

These girls were the ones that got those pieces of crown and kept them forever.  Spring Fling changed their lives and led them to realize their potentials as self-loving individuals.  They all still keep in touch, but all discovered where their hearts lie. They have pursued life in a way that is exempt from Regina George’s influence...although they still stalk occasionally her on social media.

Glen Coco became the undercover frat boy that doesn’t necessarily stick out in the crowd, but always ends up on the most elite date nights.  He always finds a way to never be alone at night, drives girls crazy and receives at least two candy canes per holiday season.

The future of 2014 Coach Carr is without a question depressing. After his run-in with the law and prosecution of sleeping with minors, he was officially banned from employment in any Illinois Education System.  He turned to Craigslist for employment.  He found a job as a night shift janitor and attended self-help courses during the day.  And the irony of it all, he got one of his coworkers pregnant and she did not die.

If we could describe Aaron Samuels with one phrase, it would be medicore. Contentment with just being ‘okay’ stemmed from the hell Cady and Regina put him through emotionally at North Shore.  Northwestern was the perfect fit for Aaron.  He was never the star in the school play after high school, and he never really cared.  He got an average GPA, found an average girl and lived the average life as your neighborhood Insurance agent down the street from his childhood home.

Existing as the facilitator of binge drinking at her lake house for Regina and her sister’s parties- most notably her younger sister who to this day gets down to Milkshake by Kelis.  Those ironic memes moms share on Facebook are basically created for Mrs. George, as was the ability to tag exotic locations on vacations that she bragged about every chance she got.