It may be scripted, but it sure is entertaining. 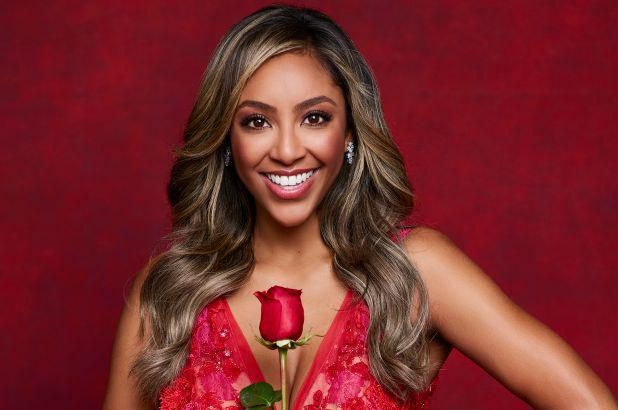 I am an avid reality TV watcher. I watch everything from Jersey Shore, Love Island, Keeping Up With The Kardashians, 90 Day Fiancé, Catfish, and more. I am not afraid to admit that I'm a fan of "trash tv." Considering my fondness of the oh so entertaining reality TV, it's honestly surprising that I never watched The Bachelorette until this season.

People love drama, and The Bachelorette is full of it. The season started with a bang when Clare quickly fell for Dale. In my opinion, she was WAY more into him than he was into her. He had a habit of mimicking back her words to her, rather than actually speaking his mind. A specific moment that stood out to me was during Clare and Dale's "tell all" when Clare talked about her love for Dale, to which he responded with, "I accepted it." He basically admitted right then and there that he accepted her love, not necessarily that he reciprocated it.

But moving on to better things, Tayshia was a blessing to this season in my opinion. Although Clare was the oldest bachelorette, she was very immature and careless in the way she handled the situaiton. Tayshia's entrance was a breath of fresh air, as she actually cared about getting to know the guys, and she carried herself with dignity and poise.

Tayshia had lots of ups and downs throughout her season, but that's what made the show so entertaining. If everything ran smoothly, I don't think nearly as many people would watch. Like I said, people love drama.

Okay, lets talk about the finale. I have to say I'm a bit disappointed, but I'm definitely not surprised. Throughout the last few weeks of the show, it was clear to see that Tayshia was falling for Zac. I personally favored Ivan, but I prepared myself for the inevitable fate of Zac coming out on top.

I think Tayshia and Ivan were great together, but they had more of a friendship than a relationship. Everything was so easy with the two of them, and the conversations just flowed. However, they ultimately had differences that Tayshia couldn't look past.

Moving on to Brendan, he never really stood out to me throughout the show. However, he really won me over at his hometowns date. I thought the carnival date with his niece was very sweet, and showed how much he cares about the little things. I also think it truly foreshadowed what could've been if Tayshia had chosen him. It was a shame that despite being a great guy, he was not ready for marriage. I respect him for sending himself home, rather than leading Tayshia on.

As for Ben, I think he is a good guy that has been through a lot. However, I think his emotional unavailability is what kept him and Tayshia apart. He had so many moments to tell her he loved her, but he didn't take the opportunity. I like Ben, but I feel like he has some things to work on, specifically his communication skills in sharing his feelings.

Ultimately, I'm not thrilled with Tayshia's decision to choose Zac, but I hope they will be happy together. Since this was my first time watching The Bachelorette, I hope they stay together.

I will now be stalking Tayshia and Zac's Instagrams daily for any updates, and mentally preparing myself to start the new season of The Bachelor next month.

Madison Franz
The Narrative
1116346
Photo by Brooke Cagle on Unsplash

Madison Franz
The Narrative
653763
Photo by Manny Moreno on Unsplash