I Have PTSD, And I Have To Deal With The Stigma Around Mental Illness 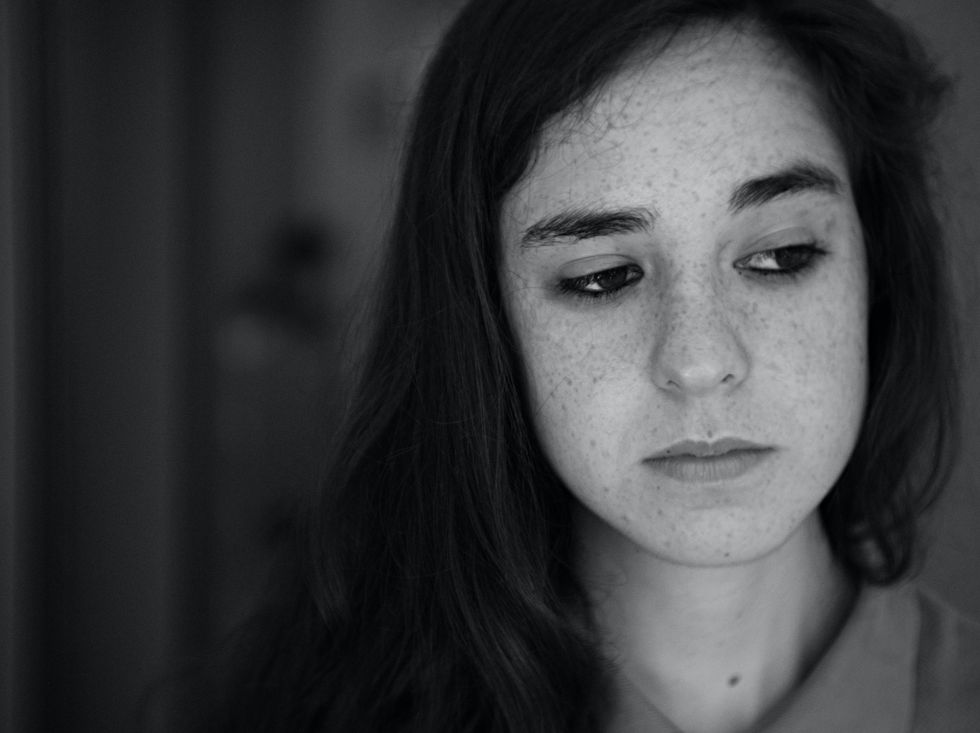 Mental illness remains a stigmatized topic within our society. Over the past handful of decades, the stigma has fallen away from the topic from increased exposure and normalization. However, it remains a taboo topic in many households and communities. Stereotypes remain anchored in the vast known illnesses and disorders, which in turn twists the perception of it. The only way to chip away at these anchors is to normalize the discussion of mental illness, to open the conversation even more so than before. To play my part in erasing the still there taboo nature of mental illness, I'm ready to tell my story.

At the age of thirteen, I was diagnosed with Post Traumatic Stress Disorder. My knowledge of PTSD was strictly what the media portrayed as being — veterans suffering from the aftermath of war. How could I have PTSD when I wasn't in a warzone? I soon learned PTSD occurs after a traumatic event, not just being at war. For myself, it came from years of childhood abuse.

It felt jarring to receive a diagnosis I knew absolutely nothing about, but it was also calming. I finally had an answer to the symptoms I had for years before that first therapy appointment. However, it didn't make everything suddenly OK as I had hoped it would. Despite a majority of the media portraying PTSD as war flashbacks and constant nightmares, it is not just those two symptoms. It is an incredibly complex illness that manifests itself differently depending on the person, coping mechanisms, type of trauma, and length of the trauma. Having media and society view PTSD as only one type along with the taboo and stigmatized nature of having it without being a veteran caused me to question my diagnosis and my symptoms.

It took going back to therapy a year ago after not for years to learn and accept the differences in manifestation.

Since starting therapy again, I can see how bad I truly was before and after my diagnosis. I was constantly in fear, angry, defensive, on edge, and extremely anxious. I was constantly waiting for the other shoe to drop, metaphorically speaking. Any sudden movement, loud noise, unknown touch would startle or scare me, which I soon learned to be because I was waiting for something bad to happen from every situation and everybody. It was my brain is accustomed to the volatile environment I lived in for years in a row.

PTSD digs itself into every aspect of your life with no mercy.

From being afraid of somebody walking down an aisle of Target to internally panicking if somebody taller than me stood too close to me. My brain has locked away a majority of my childhood memories to protect myself from retraumatization. That is possibly one of the hardest things I have had to accept where I am with my PTSD. Therapy has been a slow uphill battle with waves of being almost "normal" too intense depressive episodes. It is not how societal stereotypes portray it for me, which took me weeks of appointments to comprehend. It is never the same from person to person, even with the same diagnosis between two people. Part of the taboo nature that still encircles mental illness is the societal portrayal of mental illness being similar from person to person, which is incredibly damaging to those grappling with a new, or old, diagnosis.

I've learned that living with PTSD will be a constant shifting and changing aspect of my life. It'll be intimidating, liberating, and exhausting to face head-on. But, I know it'll be so worth it.

Over the past year, I've gained so many new insights on both PTSD and having a mental illness. It has shown me to not be ashamed and embarrassed when I tell people it and what it entails. Instead, I've learned to be more open about having PTSD to help normalized mental illness beyond just the stereotypical versions for both myself and my peers. The taboo environment and stigma around mental illness has been falling away for decades, but not fast enough. By talking about mental illness more and normalizing all kinds of it we can eliminate the taboo nature that is still in place.

5 Characters From Your Childhood That Combated The Mental Health Stigma

10 Brilliant Ideas That Every Gym Needs To Implement, Like Yesterday