I Can Finally Breathe Since I've Come Out Of The Closet And You Can, Too

I Can Finally Breathe Since I've Come Out Of The Closet And You Can, Too

It wasn't until I turned 18 that I truly gained the confidence to be the person I am today. 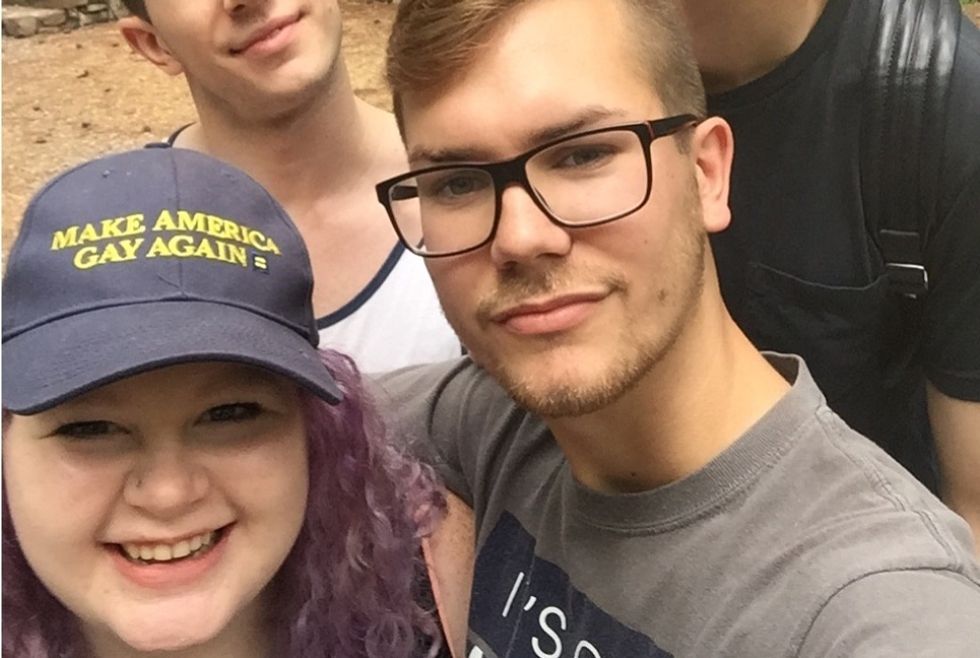 Growing up, I went to a strict Catholic school for nine years, where religion was all around me. I had daily religion classes, would attend mass every Sunday, and would even spend hours contemplating my relationship with God. At the same time though, I was struggling to figure out if my romantic feelings towards both women and men were legitimate or if they were something I should try to push back in my mind and forget that they were even there.

When I got into high-school I developed my first real crush on a girl. I tried to get myself to get rid of the feelings inside my head, but it wasn't working. I had three classes with this girl and I couldn't seem to get her out of my head. I knew that there was absolutely no way that she was interested me since she had a boyfriend, so I did the only thing that made sense at the time, I befriended her.

We became really good friends during my freshman year, we ate lunch at the same table every day. I would hang out with her during the bands breaks at football games and during chorus events. I was glad I had made the effort to have a relationship with her, even if it turned out to not be romantic.

During my sophomore year, a friend of mine ended up coming out on Facebook. I was so proud of him, but at the same time, I was a bit jealous that his family was so supportive, I knew that mine would never be. I was terrified to face the aftermath of coming out. I was scared to know the reaction of my conservative family, so, I decided that it would be best if I just kept my sexuality a secret.

I hated that I couldn't be my full self. During my entire time in the closet, I felt like I was just holding my breath. I was absolutely terrified of somebody finding out my secret that I started to isolate myself from the people that I love. This put me into a deep depression that I am still stuck in, but am thankfully pulling my self out of.

It wasn't until I turned 18 that I truly gained the confidence to be the person I am today. More people started to come out to me in person, as well as on social media. I soon realized that I wasn't alone when it came to liking somebody of the same sex. I figured that if people could trust me enough to come out to me in person, then the least I could do was put a little trust in them back.

I finally told my cousin, on national coming out day in 2014. I was absolutely petrified, but I trusted her completely. After that, I began to tell more, and more of my friends who each accepted me in their own way. Coming out was one of the best decisions I could have ever made, because not only can I breathe again, I can be 100% me.

These are some of the people that have been on my journey with me.Anna's Personal Photo