Down two, Dante Ingram hits a three-pointer to give the Ramblers the win. 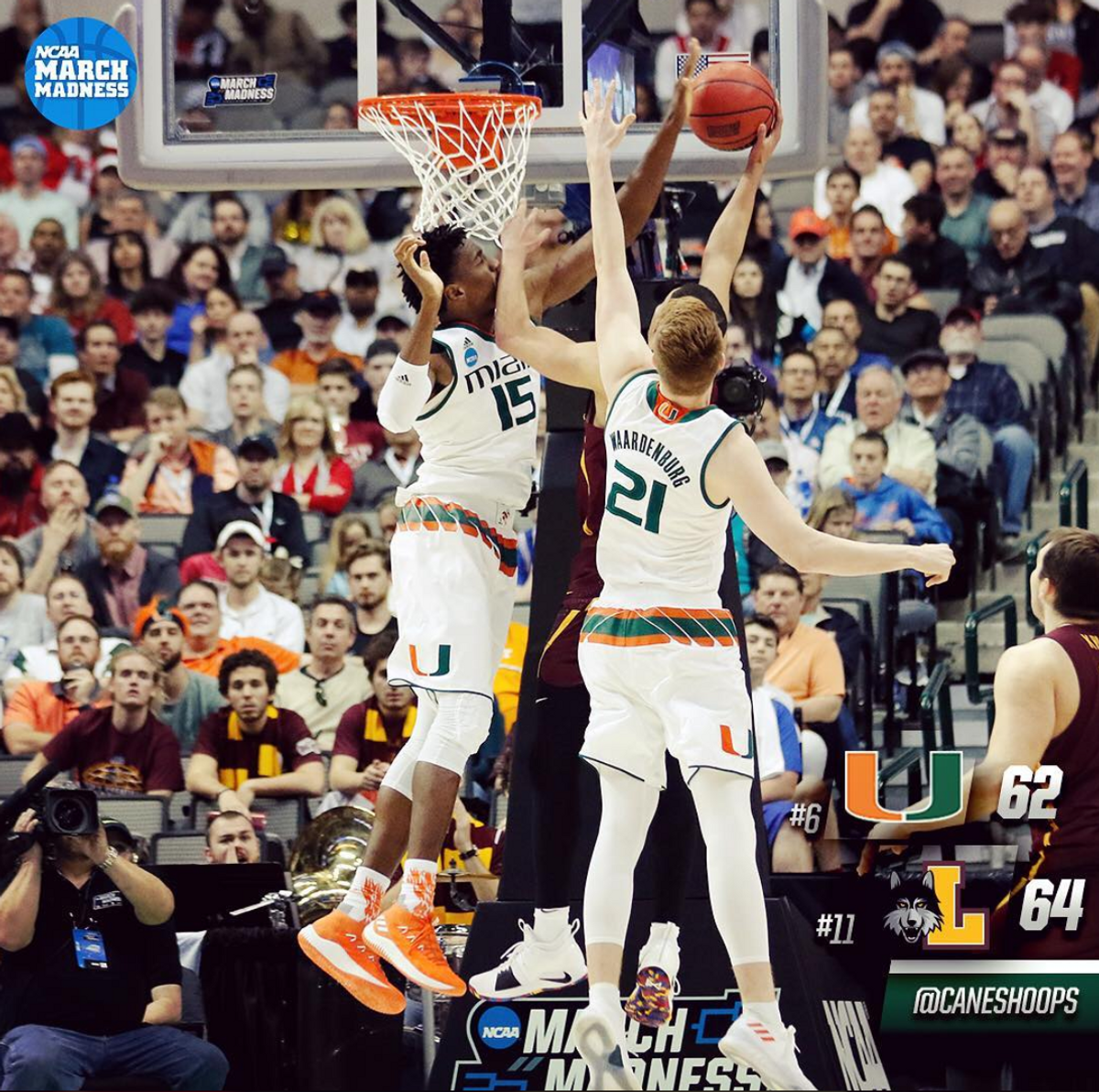 Miami’s season came to an end last Thursday against the Ramblers of Loyola Chicago. In a tightly contested matchup, Dante Ingram (Senior Guard) of Loyola was able to hit a clutch game winning three. Clayton Custer (Junior Guard) led the Ramblers in scoring with 14 points on 5/10 shooting (4/6 from three). Lonnie Walker led the Hurricanes with 12 points on 5/12 shooting in what could have been his last game in a Miami uniform. Although Bruce Brown Jr. did not play (foot injury), this was his last game as a Hurricane since he will be entering the 2018 NBA Draft.

Loyola-Chi came out the gates firing early as Dante Ingram made his first points of the game with a rhythm three. A couple plays later, Ingram gave the Ramblers a small lead on a driving layup. But, Newton would answer with an and one to tie the game. Next, Newton drove down the lane to find a driving Dewan Huell for an alley oop.

The teams played an evenly matched first half as the game was tied at 28.

At the start of the first half, there was more of the same. The Hurricanes had trouble extending their lead into double digits which allowed the Ramblers to stay in the game. When Miami had a seven point lead, Aundre Jackson (Senior Forward) scored on an up and under layup. The two teams continued to trade buckets for the rest of the half.

With about one minute left and the Hurricanes clinging to a 60-57 lead, Custer nailed one of his 4 threes. And like that, the Ramblers had tied the game up.

Ja’Quan Newton would attempt to close the game when he hit a rhythm two to give Miami a 2 point lead. But, the game was not over.

Loyola-Chi would make one of two free throws to make the score 62-61. Then, after getting fouled and sent to the free throw line, Lonnie Walker missed the front end of a one-and-one. With 9.3 seconds left, the Ramblers dribbled up the court and Custer found a wide open Ingram for the game winning three.

Since this game, Loyola-Chi has continued to upset its opponents and now will face Kansas St. in the Elite Eight.

With the loss of Bruce Brown Jr, Hurricanes fans are waiting to see whether or not Lonnie Walker will also declare.

Despite the disappointing ending, this was a good season. Hopefully next year the Hurricanes can make a deep tournament run.