Guinea Bissau is a predominantly low-lying country where more than half of its population suffers from hunger. Guinea's name remains a debate; it is perhaps a corruption of an Amazigh word meaning "land of the blacks." The country also uses its capital name, Bissau, to distinguish the country from Guinea, its neighbor to the east and south. 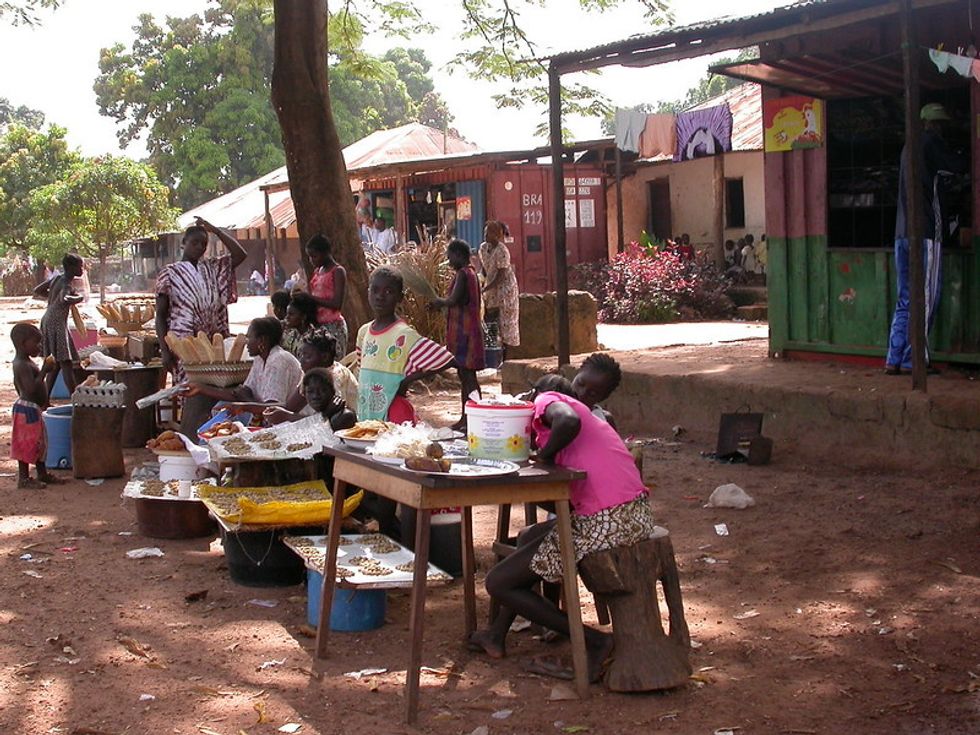 Guinea Bissau once was one of Africa's more developed countries. Nowadays, the country is one of the poorest in the world.

More than 82 percent of Guinea-Bissau's population are farmers. Corn is the primary resource the country trades with other nations, mostly European and Asian countries.

However, today the nation has a massive debt with European countries. The debt led the country to poverty, as in right now Guinea-Bissau does not have enough resources to provide to the whole population.

Guinea-Bissau has been dealing with political instability since it became independent in 1974. As a result, the country has been in poverty for years, but right now, food insecurity worries the government of Guinea-Bissau.

Nearly 70 percent live in poverty, with high infant and maternal mortality rates and a countrywide chronic malnutrition rate of over 25 percent. Almost 85 percent of the population works as farmers. Overall, 11 percent of Guinea-Bissau households are food insecure, though this figure can be as high as 51 percent in some areas. Food insecurity is the main reason behind undernutrition, which is also caused by inadequate health services, poor water, and sanitation, inadequate infant and young child feeding practices, and high illiteracy rates among women.

The World Food Program provides many resources to Guinea-Bissau, including health and nutrition support that the country needs. The WFP also helps the government coming up with solutions about food insecurity, and issue that is affecting 80 percent of the population.

Most of the families that live in Guinea-Bissau eat the cereal that they produce, and sometimes the cereal is not enough to feed the entire family.

According to the Food and Nutrition Security Monitoring System, more than half of the population does not eat as many vitamins and nutrients as they need.

In 2019 Guinea-Bissau ranked 99th out of 117 in a studied about the countries with more food insecurity. This rank means that Guinea Bissau has a severe problem.

The Food and Nutrition Security Monitoring System interviewed 3,900 families in rural areas of the eight regions of Guinea-Bissau in 2017. At first, the results indicated that only 4.7 percent of children aged 6-23 months received a minimum adequate diet, which means that many children do not receive enough food for their development.

The Food and Nutrition Security Monitoring System showed the research to Guinea-Bissau's government.

Since 2017 the government has been working with different organizations to find a solution for the food insecurity issue that is affecting a significant percentage of the population.

Integrated Road Map is an organization that has been helping Guinea Bissau governments achieving Zero Hunger by 2030. WFP will support Guinea-Bissau with its goal providing more than 2.5 billion dollars to the country. The organization believes that Guinea-Bissau needs to evolve; it believes that the country needs to stop focusing on agriculture and expand its businesses to the next level. This would provide the country with more jobs and fewer people suffering from food insecurity.