How To Write A Real New Year's Resolution
Odyssey
CurrentlySwoonLifestyleHealth & WellnessStudent LifeContent InspirationEntertainmentPolitics and ActivismSportsAdulting
About usAdvertiseTermsPrivacyDMCAContact us
® 2023 ODYSSEY
Welcome back
Sign in to comment to your favorite stories, participate in your community and interact with your friends
or
LOG IN WITH FACEBOOK
No account? Create one
Start writing a post
Student Life

How To Write A Real New Year's Resolution 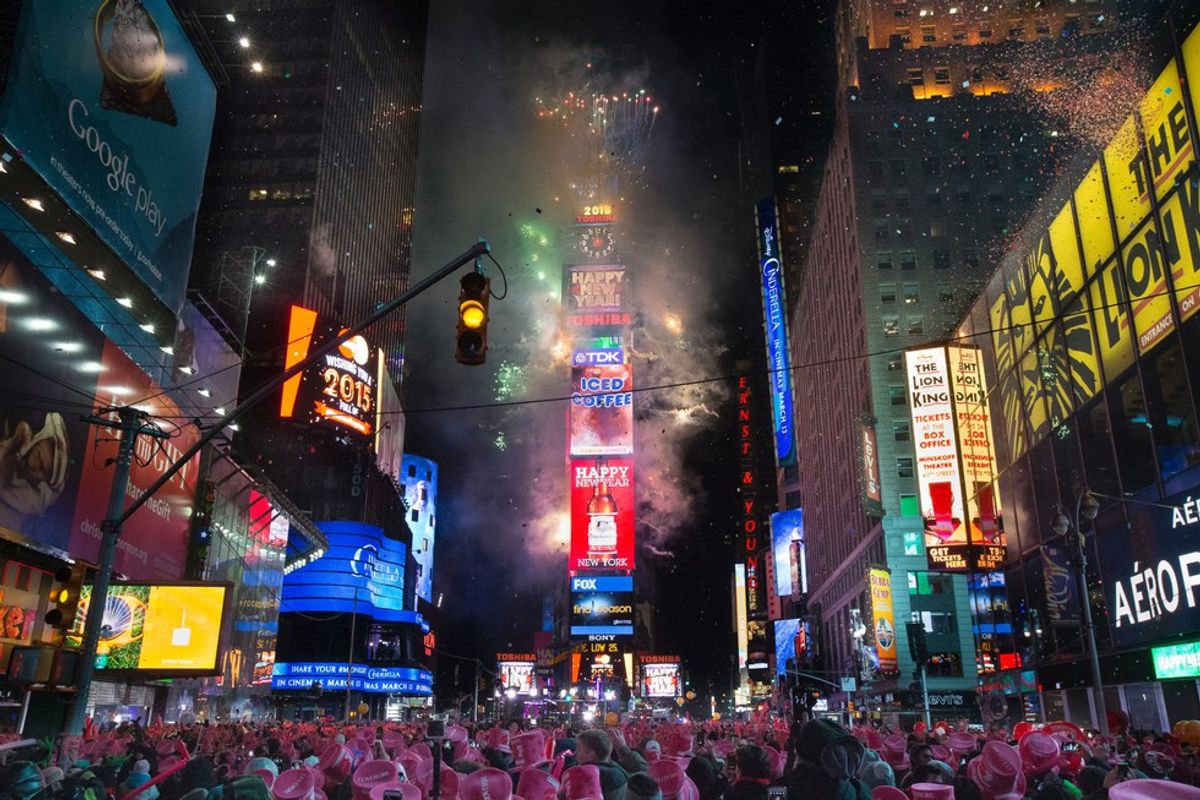 2016 was certainly a year to remember for all. Whether you felt your year was defined by the personal accomplishments, social change, or Harambe memes, this year has certainly been one for the books. However, with the end of one year comes the hope and promise of a new one: 2017. I'm sure everyone is readily planning their new year's resolutions, subsequently hoping that next year will be filled with accomplishments that were left unfulfilled in 2016.

According to Business Wire, the top new year's resolutions were as follows:

1. Enjoy life to the fullest.

New year's resolutions are often viewed as consistently unfulfilled promises that people make to themselves each year. However, looking at this list, it is clear that America is consistently putting unmeasurable goals in front of themselves. Is this a bad thing? No, it is not.

Sure, if you tell yourself that your new year's resolution is to lose fifteen pounds then it'll be pretty clear whether you accomplished that or not. But do you really want 2017 to be marked as "the year I lost fifteen pounds"? Likely not. The new year should be defined by experiences, memories, and triumphs that made you the best version of yourself. The goals that align with this are often unmeasurable, and that is completely okay.

People are often so caught up with their immediate insecurities and problems that they forget the true meaning of a new year's resolution. Think of it like this: if you want to set a resolution for yourself, make it something that you will enjoy doing. Make it something that you will partake in for the entirety of 2017, simply because you want to. The longevity of a resolution could also be a hint as to whether or not it's worth your time pursuing. Looking back at my previous example, losing fifteen pounds could take the whole year, but it could also take a month. If your resolution looks like another chore on your to-do list, it's not worth putting your heart and soul into.

In Business Wire's study, it was also found that 55.3% of people only pursue one resolution each year. Why is this? Frankly, we all want a better chance at success. If you are giving your all into a resolution, then what's stopping you from achieving it?

Sure, this year I'm hoping to lose some weight and raise my grades. Who doesn't have tangible goals like these? However, when looking at my resolution, I'm not quite sure yet. I also know that that's okay. It'll come to me when it does, and until then I'll simply look in anticipation towards the New Year.