How to Rebel Responsibly
Odyssey

How to Rebel Responsibly

Because growing up is over-rated anyway 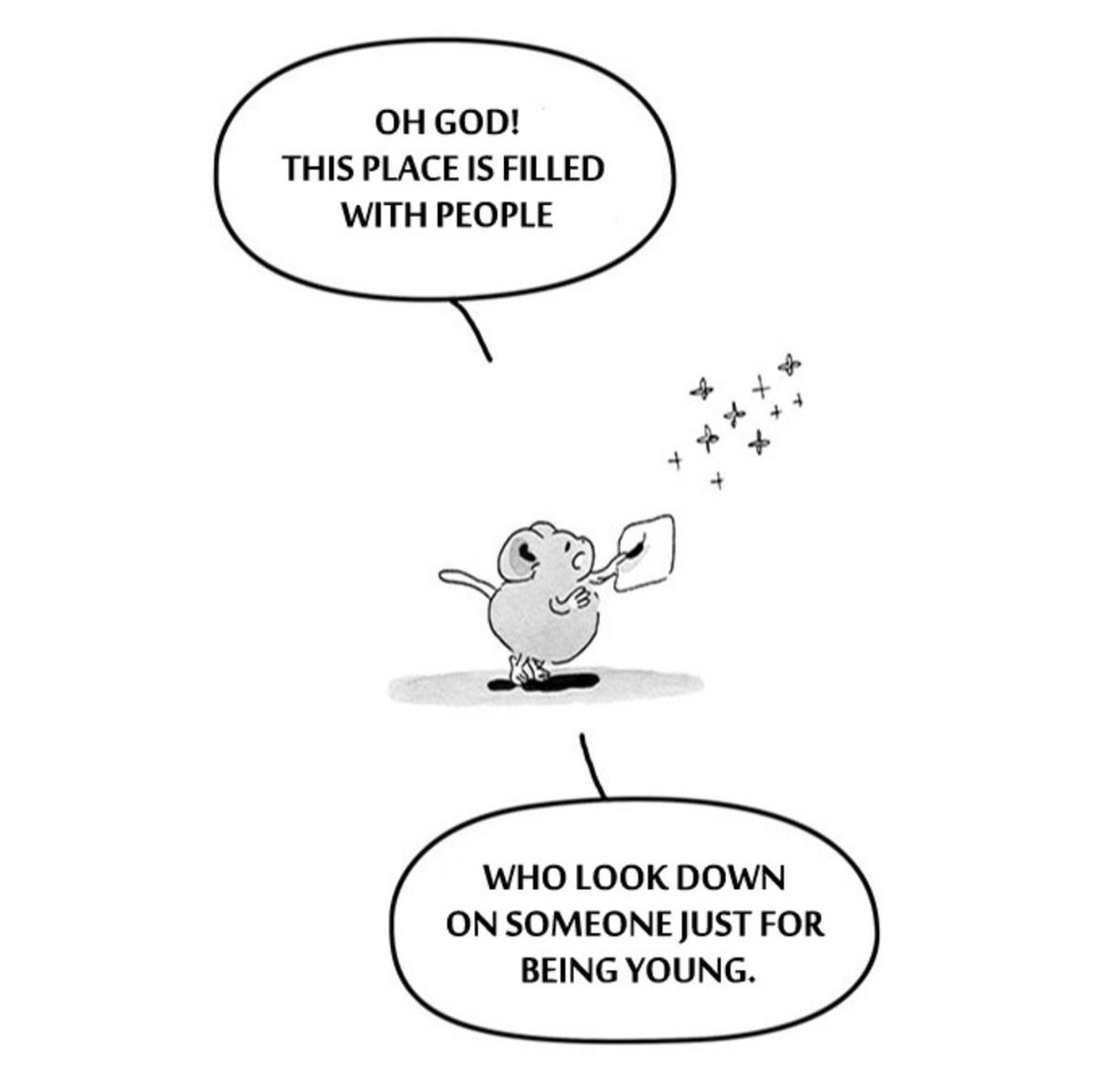 "All That We Hope to Be" is a comic written and animated by "it sun," posted to line webtoon. It follows multiple animal characters and their stories, the one I was inspired by is called "The Kid's Brigade" posted on July 14th, 2016. The three-episode story revolves around a mouse, Tiny, who is in middle school. Her poetry was looked down upon by her older sister, and that was what started the conflict. Joined by her friend Carl, the two begin a website for young adults to talk about the discrimination they have gone through. When interviewed, Tiny gives a moving performance speech.


A group of unheard youths formed from the website and rebelled in the best way possible...

It was not only about spite, but it was also about making a difference and doing good. In the end, Tiny was heard and respected for having ideas that differed from her older sisters.

Now for some friendly rebellion advice...

If you're going to sneak out without telling your parents/guardians/whoever you don't feel like explaining everything to, instead of telling no one, just text a friend the location where you're headed to, and, "if I don't message back in X number of hours, you can call the police." This is a great safety, especially if you're going to do something potentially dangerous. Good friends are willing to help, and probably will feel honored that you trust them to keep an eye out for you. Just an idea of a location would help the police find you quickly if something bad did happen.

Be responsible for your actions, both good and bad. If you ride your bike into a tree, own it. Then go find some Neosporin and a band-aid. Next time, you know either not to take that route, or go smack into bark again.

Listen and understand as much as you can from adults, but "don't go skydiving it's dangerous" might not make sense until you are about to get on a plane with a bunch of friends and you realize you're super afraid of heights. Don't get on the plane if you don't want to, make the choice because you decide that it's right for you.

Rebel by being an adult, and a kid. The older and wiser may know more, but all the knowledge in the world is probably not going to stop a teenager from sneaking out to meet a super cute crush if that's what they want.

Show your parents you can make your own decisions by making them because you want to, and being proud of the outcome. If you're doing things in spite of someone else, choose things you also want to do. Your parents tell you that art doesn't make money, but you love art and want to do it forever? Do it. Go for it. Take responsibility. Find a way to support yourself. Do good because you choose to.

There may be some spite behind your actions, but keep in mind the people who care about you, take a couple safety measures that don't involve your parents, and have some experiences. Learn from the good and the bad. That's the definition of youthful rebellion, doing whatever you want to. Though spite may play a role, it shouldn't be the only reason you eat ice cream for breakfast. "I get sick around cigarettes but my parents forbid me to touch them so I'm going to try one." Well, you're going to get sick. But you get to rub it in that you did something you were told not to. And then your family will have the last laugh when you're in the bathroom throwing up for three hours.

You can do anything you want. Adults aren't expecting a kid to own up to failures, or help others, or care about causes like animal rights. If you want to shock people, sometimes it's making adult decisions when you're young that scares the hell out of them the most. They won't know what to do with you. They'll look for your flaws because of your age. And when you own those flaws, they'll be more inclined to hear you out. Because you're a kid who makes mistakes, but an adult who recognizes when you have messed up.

Rebel, do things because you want to, and enjoy making mistakes.