Stop Searching For A Relationship; It'll Find You
Odyssey
CurrentlySwoonLifestyleHealth & WellnessStudent LifeContent InspirationEntertainmentPolitics and ActivismSportsAdulting
About usAdvertiseTermsPrivacyDMCAContact us
® 2023 ODYSSEY
Welcome back
Sign in to comment to your favorite stories, participate in your community and interact with your friends
or
LOG IN WITH FACEBOOK
No account? Create one
Start writing a post
Relationships

Stop Searching For A Relationship; It'll Find You

Life will bring you the right person when you're ready. 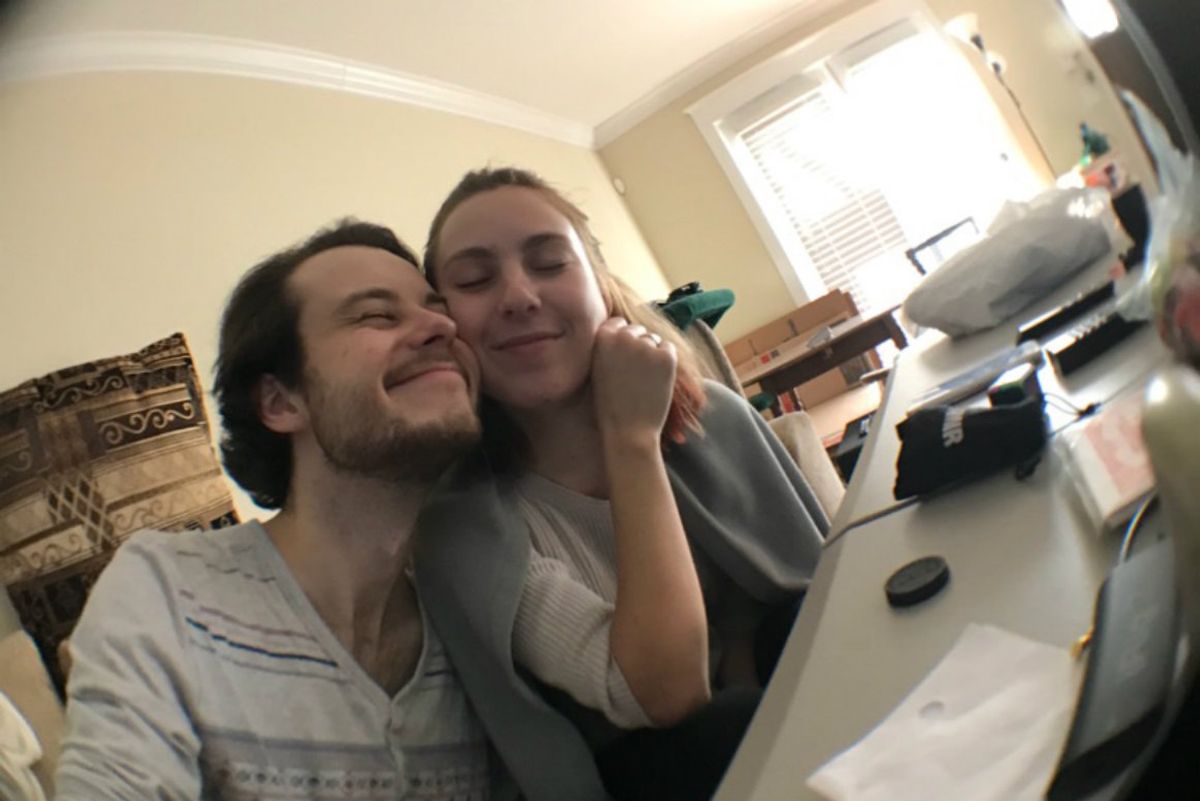 It's a tale as old as time. The right person will come into your life, and it'll happen when you least expect it. Life isn't about searching for a significant other, it's about living your life in such a way that your radiance will bring someone to you.

But when you stop searching, when you let go of the idea of needing a relationship, of needing another person to fill some sort of void or longing, that's when you'll shine your brightest. Be comfortable being who you are complete, focus on yourself for awhile, and let time do its thing. It'll bring you, someone when you're ready, and I promise, it'll happen when you least expect it.

One moment you might be out of college and on a soccer field in the summer with a student (bare with me, you're a teacher in this scenario), and the soccer ball hits you smack in the nose and you start gushing blood. You run inside the school lobby, blood all over your face, hands, and clothes, and a handsome man is there and offers to help you.

The next moment, you two are talking - seriously - then dating and eventually he proposes. In what was once a moment filled with pain and embarrassment (and a lot of blood), is now a future with someone who met you in a not-so-ideal moment. And this, is how my parents met. They're still together, and they simply were in the right place, right time, and right moment, and a completely unexpected one, too.

Think about other past (or for those lucky ducks, current) relationships that, in one moment, you were two strangers simply going about your lives, and the next your guys' paths cross, and suddenly, they're one of the biggest parts of your life. Meeting them seemed too good to be true, and it probably came down to a fleeting moment that otherwise could've been completely missed. But somehow the stars aligned perfectly, and you two met. And chances were, you weren't actively searching for someone - not them at the very least - but here you are, doing life together now.

Sometimes, the most meaningful and life-changing relationships are those completely unexpected ones. The ones where we're relatively content with ourselves, living the single life and not that bitter about it. We're staying true to who we are, doing what we want, and trying to make the most of it. That's when we radiate. And that's when life puts someone in your path who radiates just as much.

Maybe you're in a supermarket looking at fruit and to pass the time, small-talk begins between you and a stranger. Everything feels so right, so comfortable, so relatable, and suddenly you're actively engaged in a vibrant conversation. Before you know it, you're seeing each other, dating each other, and eventually marrying each other, and maybe this even happens after you've already been married and have grown kids and been divorced.

But suddenly, decades pass and you and this stranger, who you once talked over fruit within a local supermarket, are in old age together. Just like how my Grandpa and step-Grandma met, years before I was born.

And maybe you're leaving your second day of a college class, your mind daydreaming as always, and you happen to hold open the door for someone behind you. You barely hear a "Thanks" and a "So, are you studying marketing?" a few seconds later as you're lost in your daydreams. You turn back to see a stranger (who's apparently in your class) and conversation entails. He ends up asking you about a shirt your wearing that happens to be in a movie he loves, but you didn't know that when you bought it. Next thing you know you're giving him your number after much more enthusiastic talking then spending the break between both of your guys' classes hanging out, hitting it off perfectly.

You end up dating him for over a year before your guys' time together is up. Just like how my ex and I met. But just because it's over, doesn't mean it wasn't meant to be. Life brought you two together when you were both shining, both not searching for someone, and both needing to learn important life lessons and grow as individuals.

And maybe you'll go to a friend's party during winter break, and you see a cute guy you've never noticed before talking to some people you know. You hear his name and think it's your own, and you join the conversation. You catch his name (which isn't yours, oops), and you get one last mini convo in before he leaves completely.

You never expect to see this guy again. The next night, you go to a house show (house party with usually local bands), and this same guy you were eyeing the night before is the bassist of the first band that plays, and it's one of their first shows (which explains why you'd never heard of them).

The rest of the night you're actively talking off and on together, buy tickets to go to a concert together, and maybe you're so drunk by the end of the night that you give him your number and say "Goodbye" at least three different times before he leaves. Next thing you know, you guys are texting then hanging out and calling each other all the time while he goes home for winter break, and before you know it, you guys are dating. Just like how my current boyfriend and I met.

But who's to say that the personal life will bring you next is the one? That's the scary, but exciting part of it all. The unexpected, too-good-to-be-true moments where you meet that person is what will leave you baffled for a long time, asking yourself, "How did I end up so lucky to have met this person? How did I find such a great person for me?

You didn't "find" them; you just stayed true to yourself and gave up expecting that you have to search for the right person (and that means getting rid of those dating apps). You lived life for you, even if you had doubts about whether you should search for someone again or not.

When you radiate, when you stay true to who you are and live life for yourself, not worrying about needing a significant other to fill some sort of void or longing, life will bring you the right person you need at the time. And when the stars seem to align and you meet that right person, it'll catch you off guard, but damn, will it feel like magic.