How To Fall Out Of Love
Odyssey

How To Fall Out Of Love 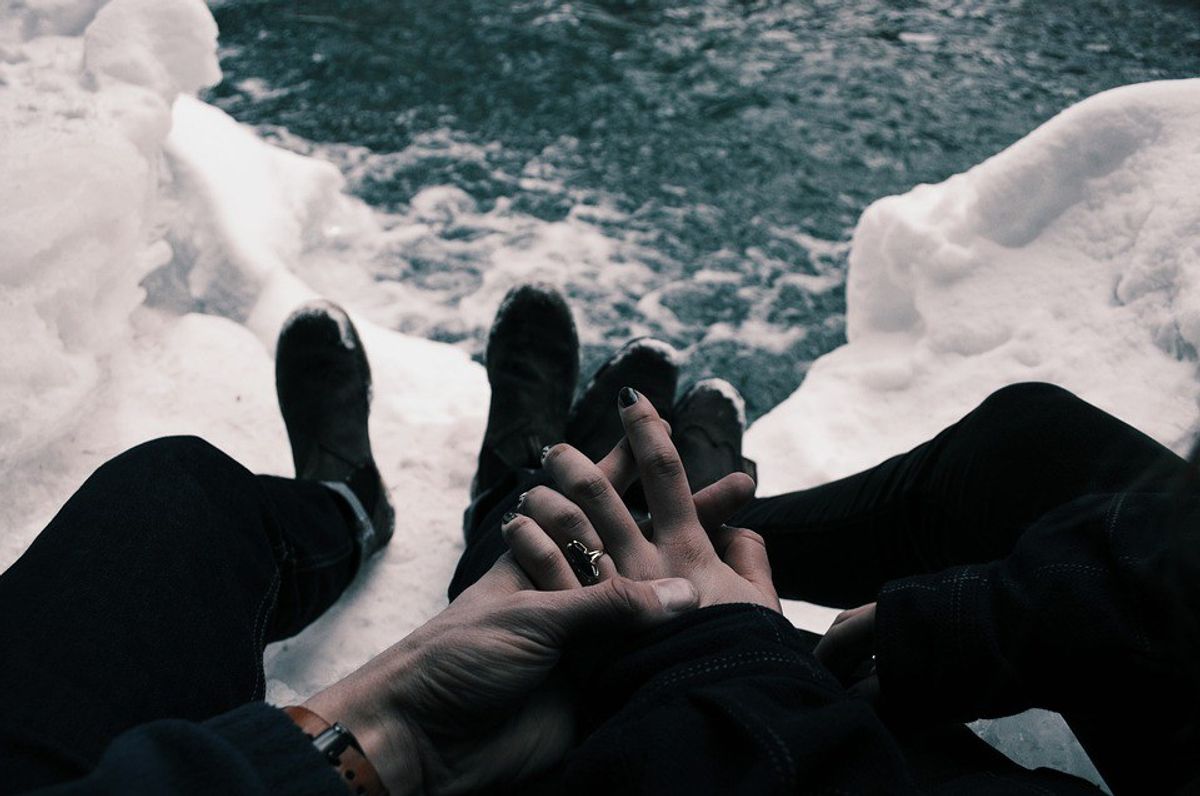 First, try not to fall in love. It’s a hard thing, especially if you’re a hopeless romantic and think about that one time a boy held the door for days afterward. If you avoid falling in love, then you will not have to fall out of love. And that is the hardest part of any relationship; killing off whatever feelings you may have and moving forward with your life.

So you meet a boy and you think to yourself about how pretty he is and how he’s always texting you. You tell your best friend because she always knows exactly what to say. She’ll discourage you because there’s something about this boy that tells her he will not care for your feelings. You’ll say she doesn’t understand because she’s always had a boyfriend, how can she know about this? He's different. And this is how it starts.

Next, you’ll start flirting and making your feelings more known. He’ll flirt back, because that’s what boys do; it’s what they know best. You’ll start wearing an excessive amount of perfume and wearing shirts that show off your cleavage, as if your personality isn’t enough. You start thinking about the future and how you see this boy in your life ten or twenty years from now. And all he’s thinking about is the girl that he knows is falling for him but he won’t do anything about it.

Since you’ve seen a future with this boy, you’ll tell your mom about this great guy that you met and how sweet he is. She’ll be happy for you, but she will not approve. She says there is something about him that doesn’t seem right. Normally your mom is always right, but she’s wrong this time. Why would she think that? He sends you sweet messages and leaves you at night with goodnight kisses. How bad can that be?

You’re going to ask that question; the question that leaves boys speechless every time. You ask him what you two are, if you’re anything at all. He’ll beat around the bush and say you’re just really good friends. How can we be only friends? Maybe he thinks you’re not treating him any more than just as a friend. Then you apologize for ever asking and you blame yourself and your emotional tendencies. And that conversation ends with you still not knowing if he likes you but he gave you that goodnight kiss and said he’ll see you tomorrow night.

Now you’ve given yourself to this boy; you’re completely invested. You’ve convinced yourself that you’re in love and you are willing to do anything to keep that boy. He knows that, which is why he not only has your heart, but he now holds your virginity which you so freely gave and he knew he would get it eventually. He has you wrapped around his finger, and you still have no idea whether you’re together or not. He starts calling less often and he starts getting busier. He has less time to spend with you and now you’re left wondering what you ever did.

You keep telling yourself it’s your fault and now he has the one thing you have never given to anyone else. You’ve gotten attached and you apologize to him because how dare your feelings screw this up. He only says that he told you not to get attached, that he told you he didn’t want anything serious. How did you miss that? Your best friend was right.

You’ve lost contact with this boy that you loved, a boy who claimed to be your friend; he refuses to answer your calls and your texts are always followed by a read receipt. And now what? You sit in your room crying for nights on end. You don’t understand why you would give yourself to someone who did not value you like you had thought. And now you can’t get this back: the time, the sex, or the emotions.

But this is not your fault, no matter how he makes you feel about this. Do not regret the time you spent with him or the decisions you made while in his arms. Because ultimately, he took advantage of your kindness and compassion. Do not let him make you feel less than anything. So remove him from your social media and delete what little pictures you have with him. He said he didn’t want pictures because you should live in the moment. But now you know that he didn’t want pictures because he wasn’t going to spend more than a couple months with you. But that’s okay because now you can learn from this experience that boys are not always what they seem. They will lie and play with your heart; but now you’ve overcome one boy, so you will know for next time.

Now you have fallen out of love. You recognize now that certain boys only want certain things with girls and you will not let yourself settle for a boy like that. You will only look for a man that respects you. So you start going out with your friends again and you start to feel like yourself, only you’re more yourself than you have ever been. You finally feel complete again.

Now you’re walking into a store and a boy holds the door for you and smiles. You end up bumping into each other at various sections of the store and you make small talk. And you think to yourself this boy is different.