It was not what I expected. 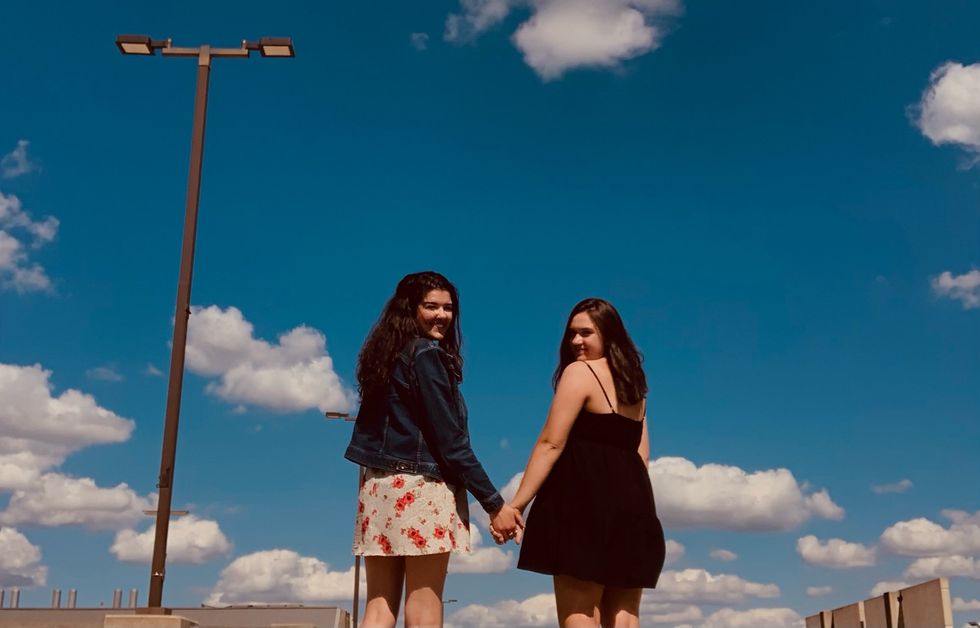 I remember the end of my senior year very clearly. Despite getting ready for graduation and enjoying all of the perks that come with ending high school, I can remember this time was one of the hardest of my high school experience. And I had been through a lot.

I can remember it was April, and I could see the light at the end of the tunnel. In high school, I was labeled as my class's "goody-two-shoes". I felt so bound by this role. In middle school, I basically asked for this title. I would overachieve on every assignment in school and I was nice to everyone. I meant it out of good intention too. I was genuine and I had been bullied before, so I recognized that everyone should be treated as they want to be treated. So I treated everyone with kindness and played a role in which I was the happy, perfect girl that would do anything for a friend or classmate.

Unfortunately, I carried this reputation into high school, and with this designation, I fell into many toxic friendships. I became a push-over. Looking back, I could definitely tell immediately when a friendship was toxic. I often just didn't do anything about it because I was too afraid to let my reputation that I had had for so long crumble. I also had a deep fear of confrontation, and I still do to this day.

But when I was aware of how close I was to being free of the toxic people I surrounded myself with, I began to quickly cut off each and everyone one of them off. It was very hard for me. I was so used to letting people step on me that I had become willing to save my identity at all costs, which when looking back, I see was very selfish. No matter how much it hurt, I was willing to sacrifice it because I thought of all the good memories and the fun times that I had had with that person.

By graduation, I had cut off three of my best friends, and for a while, it felt good. I was relieved of having to hang out with them and come home feeling like it was a waste of time. But I also had to suffer the consequences. I was excluded from one of my biggest friend groups because of my breakup with one of my best friends.

It wasn't until recently however that I began to see that I would have disassociated with the group anyway after college.

Although my best friend in the entire world stayed in that group after I left, two other people also disbanded because they were sick of my ex-best friend's crap. Eventually, the group crumbled, as my ex-best friend became an annoying sorority girl that was obsessed with herself and being popular.

What I find so funny, is how in high school, there is this perspective that you will meet your best friend, possibly your future husband and while college is also set up that way, it is great how life continues on and you meet different people that are more like you as you mature.

I would say that it has been difficult keeping my close high school friends in the loop. My best friend goes to a university in the next state over, and I try calling her every week to see what is new with her, but when we could talk for hours about things in high school, now it has become increasingly harder to relate.

It is surprising how my other friends seemingly fell away after saying that we would stay in touch. Only the true friends stuck by my side past our time in high school and reached out when I came home. Even with all the memories and all the things we had gone through together, some friendships still drifted away. I found that this was a normal part of growing up and moving on to go to college.

I don't think I have found my true friend group yet in college, but I definitely found some of my best friends that I will know for life.

It is important to take note of the individuals that try to stay involved in your life, despite the newfound obstacles.

If you are in high school, try to avoid breaking off friendships rashly. Although I do not regret doing this, I do regret having to avoid them in public and avoid gatherings if they are invited. Instead, just go about college and things will slowly fall away naturally.

Those that appreciate you for who you are will come to you and make time for you. And although friends will come and go, make sure that you devote time to family members and learning to love yourself the most.

There is nothing to fear in letting go. Spending more time on fewer friendships often helps to strengthen the relationships that you value the most.

Amazing things, including friendships, will come out of college.