How I found God

How I found God

If you remain open-minded, you will start to see the true beauty and meaning of life. 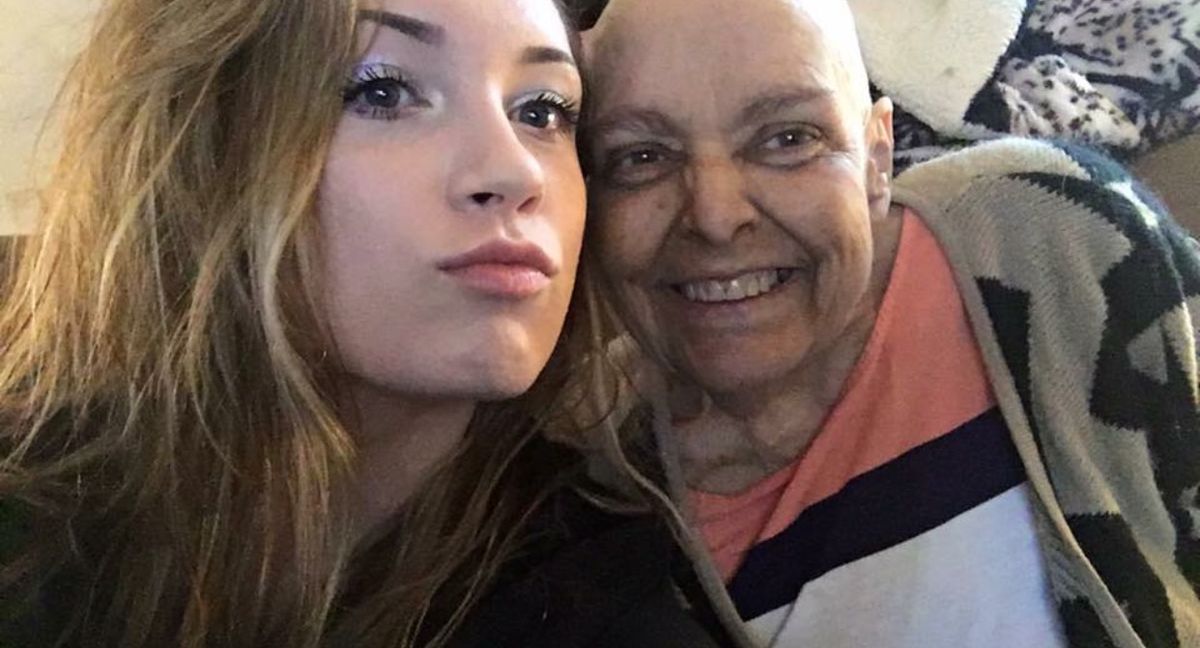 There comes a time in everyone’s life, where they experience life-changing moments. For me; I experienced my very own, at just seventeen years old.

On December 9th, 2016, I was informed the most traumatic & horrifying news that I would ever receive in my lifetime. The kind of news that would change my life forever. On the night of December 9th, I found out the only Mother-figure in my life, my Grandmother, was diagnosed with Advanced Stage 4 Pancreatic Cancer. Now, growing up I understood that the term “cancer” was a deadly disease. I never understood the true meaning behind it, simply because I wasn’t familiar with anyone that had it. Don’t get me wrong, when you hear the news of someone that is diagnosed with cancer, it is still heartbreaking news. However, it is a lot different when it is realistic news in your own life. After I was told that my Grandmother had a form of advanced spreading cancer, I remember running outside and falling on my knees screaming hysterically to God “Why us”, ”Why her”. To this day I can remember vividly, the anger and sadness that I felt that night. It took me a very long time to forgive myself because I knew that blaming God and being torn apart wasn’t the right way to go about in life, especially in a time like that. In my heart, I knew that I needed God the most which changed my views on everything entirely.

Five months after my Grandmother’s diagnosis and a long road of ups and downs, just two weeks before my High School Graduation, I woke up on the morning of May 18th, 2016, stood by my Grandmothers side and comforted her as I said my final goodbyes. She took her final breath that day and I will never forget the pain that I felt. I was completely numb that day. The sense of confusion that I felt was unbearable & I went through a long period of time having almost no emotion. No one really understood why I was acting the way that I was..not even myself. I started to slowly lose hope in life, and I spent several days praying to God begging for for help. I prayed & I prayed & I prayed. Seven days after my Grandmother’s passing, I received my first “sign”. I remember being at home and watched a show that my Grandmother & I used to watch together as I grew up. Out of nowhere, a variety of numbers started popping up on my television screen. “38272628244444444428272772”

If you are reading this right now, the number that stands out the most in the numbers that I listed above, you immediately see the number “4”. Those aren’t the exact numbers that appeared on my television screen that day, but is exactly how they were formatted. When I saw several “4’s” in the middle, I immediately had an intense rush go through my body and I ran to my computer to search what it meant. For anyone that has gone through similar experiences like this, or that believes in numerical signs, this is exactly what I picked up on. I learned that day, that the number “4” was my numerical sign from my Grandmother. The numbers “444” is your guardian messenger telling you to have faith, and to be confident that things are going in the right direction in your life. Right then and there I knew in my heart that I needed to put my love and trust into God.

I didn’t want to open up to anyone about the signs that I was experiencing in my life because I didn’t want any of my friends, or family to think that I was crazy. After countless times of witnessing numerical signs & drastic visitation dreams, I finally opened up to my loved ones. Surprisingly, no one thought that I was crazy. I was encouraged that I had a special gift. Over a year after my Grandmother’s passing, in the month of August of 2017, I had another dream. This dream was unlike any other dream that I’ve ever had in my life. This dream, I was told by a guardian angel that my current relationship was accepted and that I would become a mother to a baby boy. Only two months after I had that dream, on October 11th, 2017, I went to the Doctors where I had tests done and was told that night that I was pregnant. Was this just a coincidence, or was it an actual sign from my guardian angels guiding me through life?

Some people that you will encounter in lifetime will have their own experiences on how they found God. Everyone will tell you different things and no story you hear in life, will ever be the same as the last one. I found God in the most unique way through my guardian angel and I hope that my story empowers many people, that there is more to life, than just life itself. If you keep an open-mind you will understand life more and miracles will come your way.