How Diversity Has Shaped Me As a White Student
Odyssey
CurrentlySwoonLifestyleHealth & WellnessStudent LifeContent InspirationEntertainmentPolitics and ActivismSportsAdulting
About usAdvertiseTermsPrivacyDMCAContact us
® 2023 ODYSSEY
Welcome back
Sign in to comment to your favorite stories, participate in your community and interact with your friends
or
LOG IN WITH FACEBOOK
No account? Create one
Start writing a post
Politics and Activism

I wouldn't have wanted to grow up any other way 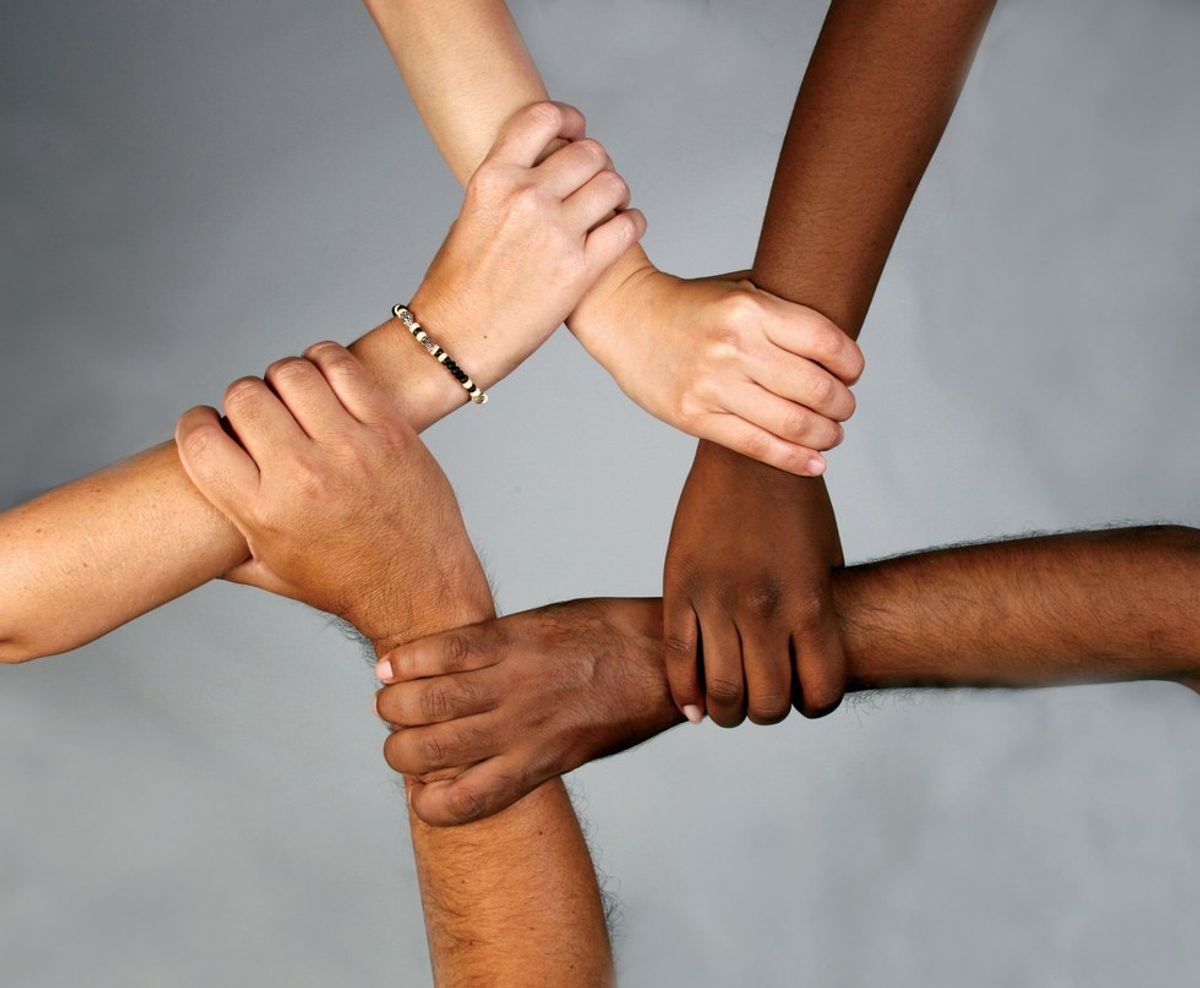 Portland is the most diverse city in Maine, and I couldn't be more proud to be a citizen here. Growing up in Portland has shaped me into the person I am today. Some people in America don't believe that growing up in a diversified city is really for them, but I encourage everyone to raise their children in one because, I promise, they will thank you later.

I thank my parents every day for choosing to live in the Riverton neighborhood. In Portland, Riverton is an area with Division One housing, and some would say, "a not so safe neighborhood". First of all, no place is safe, anything could happen to anyone anywhere. Secondly, I'm surrounded by citizens from all around the world, coming here to provide a better life for their families and it's the most rewarding group of friends that I'll ever have. They've educated me over the years on their cultures, their experiences, and their struggles that most Americans could never imagine.

Being accepting of diversity is the key to success because without it, there's no way you could ever survive in an area outside of your upper class white communities. Stepping foot into rural parts of the country, you gain the realization that some white Americans really don't know how to handle themselves around people of color. Maybe out of fear or because of the way they were raised, but it's really unfortunate that people feel the need to criticize other races and cultures that aren't their own. Many whites are afraid to talk about race, but what they don't understand is that dialogue and constant communication is what's going to fix the gap between white people and people of color.

Sometimes I'm really embarrassed to be white due to recent events in our society that target and oppress people of color. "Yes, my skin is white but I promise I'm not a racist." I think a majority of white people here in Portland have grown up with diversity, and are so accepting of our brothers and sisters, but we still have a long way to go. I recently attended a panel discussion of world leaders from various countries, in my Sociology class. Their countries are dealing with the refugee migration from Syria, and wanted to know how my high school has dealt with refugees over the past few years. I was in complete shock that most of their country's citizens were afraid that the refugees were terrorists! They even asked us if we were afraid of our classmates. The answer from everyone was, "Absolutely not." I couldn't even fathom how thousands upon thousands of citizens could be brainwashed. Most brainwashed by the media. Media has played a huge role in their countries, therefore creating a natural fear, of Muslims in particular.

Most white people that are skeptical of other races have no idea how talented and brilliant people of color are. People I've grown up next to are students that are very accomplished and have very accomplished families. They include my Student Body President who plans to attend Bowdoin College next year, future diplomats, and members of Seeds of Peace, a group that gears towards building respect for every form of life. I have friends that are going to very competitive colleges and living out their dreams by traveling the world! Seeing whites being completely blinded by their personal beliefs is so unfortunate. If people would just educate themselves about the world around them, we would be a better nation, a better continent, and a better world. Listening to someones personal thoughts without experiencing your own, is not the way to live your life.

Diversity has shaped every bone in my body to be an accepting ally to people of color. I'm proud of to be a citizen of my city, my community, and my neighborhood. I love my friends more than anything in the world because they've given me the ability of education and knowledge I need to help in their fight for equality. This country is far from fair, but we can only hope one by one people will change. I don't look at my friends as colors, I see them as individuals for who they are intellectually, and I think it's time that the rest of the country did the same. To my friends of color, thank you for correcting me when I was wrong, for teaching me about your beautiful cultures, and completely shaping me as an accepting individual; I love all of you so much.

Nicole Marie Nigro
Individual Creator
8928
c1.staticflickr.com
Where to start...... Let me start with the cliche that life throws us curveballs and what we do with it is what counts.