Home Of The Free, But Not For Long
Odyssey

Home Of The Free, But Not For Long

8 historic, non-racist facts you probably didn't know about the controversial "Don't Tread On Me" Flag, and the Confederate Flag. 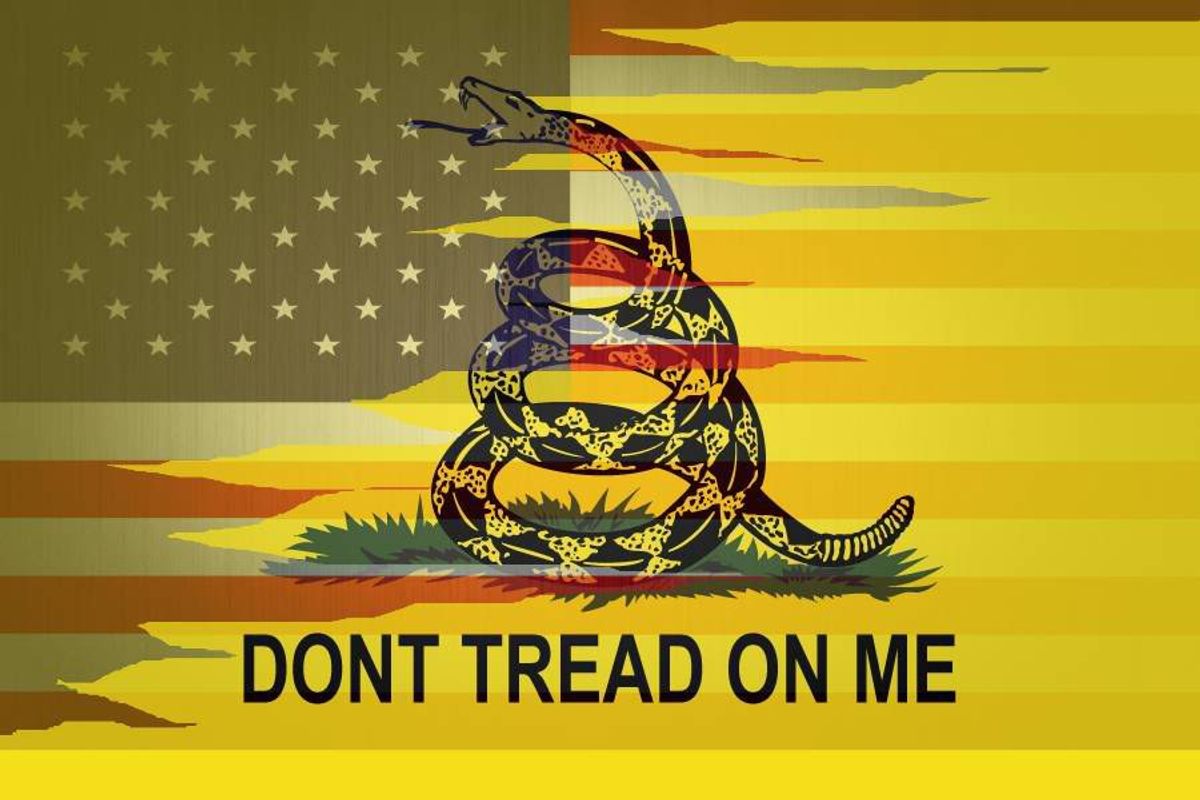 Every time I log into Facebook, turn on the news, or even drive down the street I feel like I am walking into middle school all over again. The way I have to walk on eggshells, and watch everything I say in fear that I may offend someone. The stares I get at restaurants when I stop to pray before I begin to eat, or the rude looks I get when you notice my concealed carry, and the eye rolls we get as our "Don't Tread On Me" flag flies proudly off our front porch. The amount of times I am criticized on social media, in class, or even at the grocery store for being a white, Christian, pro-gun, pro-hunt, pro-life, proud American is absurd.

So before you tell me how I am "offending" you for having my "Don't Tread On Me" flag hanging from my own front porch, or have your child removed from the classroom for the Pledge of Allegiance honoring our fallen Americans who died fighting for your right to remove your child, or even flick me off going down the road because of my Confederate flag bumper sticker... let me give you a little more history than just the ones concerning race.

1. It is not actually the "Confederate Flag."

The flag everyone is making such a fuss over is actually the Battle Flag of Northern Virginia. It represents leaving the Union, wanting to succeed as southern states.

2. The actual meaning behind the Battle Flag of Northern Virginia.

Before you start accusing me on racism, please do your research. You know how you are taught that the 50 stars on the American Flag represent the 50 states, and the 13 stripes represent the 13 original colonies? Well the Battle Flag of Northern Virginia also has meaning other than what y'all accuse it as... hate, racism, and stupidity. It also has substantial other meaning as well. The 13 stars stand for the 13 states, which lay inside of the "X." The "X" is standing for how those 13 states did not belong to the federal government.

The War of 1861 when this flag came about for the south was actually not about slavery, but about what every common person fights for daily...money. When Lincoln was asked why he would not let the south go in peace, he answered with "I cannot let them go. Who would pay for the government?" The misconception that this war was fought about slavery easily comes from how the south just happened to have more slaves, yet the north still had quite a few themselves, just less farms that needed taken care of back then.

4. It was only a battle flag, not a national flag.

How could it represent a nation promoting slavery and racism if it was solely a battle flag? It was never flown over a "slave nation" because that simply did not exist.

This motto represents the military. You know the people away from their families and loved ones fighting for your right to sit on social media all day and label people "racists?"

6. The actual meaning of the coiled snake is actually about peace.

Many people fear snakes, but also snakes fear people. A snake isn't going to attack anyone unless it is "tread on" or thinks it is in danger. Ultimately, the people who fly this flag are saying they are peaceful people until they fear that their rights or safety is being "tread on." Only then do they strike back with force. This is not even saying force is being meant in a violent way, but saying they want to defend those rights they believe in.

7. Yes, it also associated with the Tea Party, but that is not necessarily a bad thing.

Are members of Tea Parties radical and crazy at times? Yes. Was their agenda then all over the place and not well defined? Yes. Do our two prime presidential candidates not make sense some of the time? Oh yes. Do they lash out in anger at one another when they feel their views or beliefs are being "tread on"? A million times yes. People lash out when they get mad, people say things they don't mean in the heat of the moment. Get over it. Many Tea Parties have a decentralized movement, and some can bring a very positive outlook. Just like some Republicans can, and how I can even agree with a Democrat sometimes.

8. The truth about Christopher Gadsden

The "Don't Tread On Me" Flag is also known as the Gadsden flag. Do we have a few bad apples in all of our political parties? Absolutely. Does that mean every single person apart of that political party are also bad? Absolutely not. Christopher Gadsden was a solider from South Carolina, and a prime leader of the Patriot Movement during the American Revolution. He was a delegate for the Stamp Act, and voted to ratify the U.S Constitution. So someone must have trusted him right?

Before you start with the labeling comments, or the "white supremacy" stigma that these flags have become known for, please do some history research. Don't just jump on the bandwagon of trash talking others who do not agree with you. Also, remember a flag is a cloth. A piece of fabric that represents something. A piece of fabric should not separate, alienate, or make people feel less than. We are one as American citizens, and we need to remember what God really put us here for.

Emmaline B
The Narrative
83680
https://unsplash.com/photos/O0T1SIgHAfM