History of Racism Against Blacks in the US
Odyssey

History of Racism Against Blacks in the US 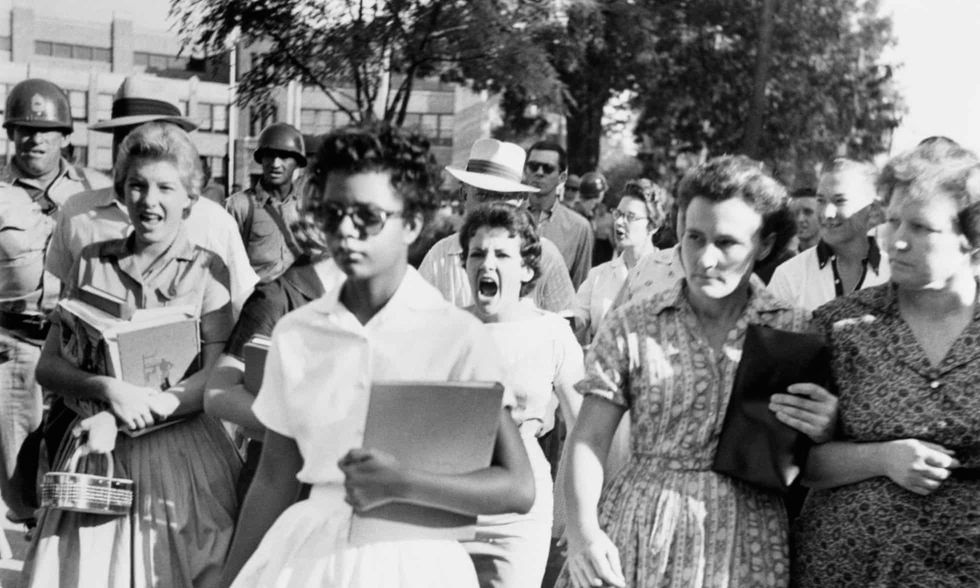 Take a look at these two pictures below.

One of them is the KKK from the 1920s and the other is the Unite the Right rally two years ago.

The main difference between these two is time. About a century has passed and they convey the same message: an aggressive statement about white supremacy. Racism is a condemned belief in our society, as our predecessors that have experienced and exposed this evil have striven to make today a society built on respect, especially for our diverse brethren. But why do racists seek the destruction of respected norms, especially in today's times?

It's the fault of inherited history that has contributed to the systematic racism of our time.

The White Man's Burden generalized immigrants as savages the white man sought to humanize and civilize. It was very common to accept stereotypes at those ancient times, due to "hubris and mutual understanding". Hence the horrid treatment of black slaves by their white owners, where they would constantly: beat them, whip them, curse at them, torture them, chain them, rape them and kill them. Without any repercussions, as black slaves were not deemed as people, but "property."

After the Civil War ended and slavery was abolished, newly-freed African Americans were arrested by the numbers through this loophole of the 13th Amendment, in order to bolster the Southern economy after the war. They were arrested for the smallest of charges, easy to justify due to the supremacy of white testimony and the little rights black people had at those times. This, in turn, created more negative racial connotations and allegations from black people, as an "evil that had to be banished" — specifically describing the stereotypical African American male. From horrible ordeals, such as the implementation of the segregating Jim Crow laws, to the terrorism of the Ku Klux Klan, the names of black people were besmirched due to white hatred and trauma.

As the Civil Rights movement began to fix the "wrongs" of white supremacy and prejudice, lawmakers attempt to halt the process of reformation, to the point where they blamed the movement — and by extension, black people — of rising crime rates. In the 1970s, the era of "mass incarceration" began where Nixon began his "law and order" enforcement with the war on crime. This led towards the "dog-whistle politics" that targeted political movements, especially black power movement that were the most prime targets for apprehension. As time progressed, while the crime rate has dramatically decreased over the decades, the incarceration rate for Americans — especially African Americans — has increased.

Today, racism continues to be a thorn in the side of all Americans. From the aftermath of Trayvon Martin's death to the Charlottesville riot, it continues to sow division with animosity for one another.

Take for example, blackface. In the peak of the 19th century, it was used to mock African slaves for humor, as they were unfortunately regarded as property at that time. Fast-forward to the 1930s, cartoons were subliminally used to entertain young audiences; an example is Mammie-Two-Shoes from Tom and Jerry, an aspect of enslaved female black slaves. Popular media today, such as Family Guy, has contributed to the desensitization of stereotypes, such as assuming the n-word is acceptable by changing the ending from -er to -a, when it is still the same definition. Pretty much OK-ing the use of the word for all as a joke, ignoring the real connotations it had on black people in the past. For the sake of humanity, I'm not going to post any images or phrases of this graphic nature of racism. I'm better than that. Everyone should know WHY it's bad. Thankfully, today blackface is condemned, and possesses consequences, such as the aftermath of the racist incidents at OU.

Despite what slur may be said, or how hard one punches another, or what death gaze another one places on one's skin, there is one constant that comes to mind: and that is, well, the mind — and the billions of neurons composing it. Without the mind, you wouldn't be able to exist, to speak, touch, see, hear, or make decisions. One's perception, the fundamental basis of all thoughts, is their own definition of society, built from the ground up, from personal experiences in time and space, the classroom, the living room, with the family they were born into, the friends they meet, the enemies they despise, and many more. As everything accumulates, the thoughts eventually become one's own reality to live. For every action, there is a reason, and of about an infinite amount of thoughts possible, one is chosen to be the answer towards a mirage of possibilities. Racism has been integrated into our society, because of the inherited plague of the past.

For example: feeling threatened by black people because of the "logical" connotation of their skin; threatening to lynch a black person in public; calling black people the N-word for no apparent reason other than being a hateful bitch; shooting an unarmed black person on the streets as they're taking a walk; beating an unarmed black person on the pretense of "probable cause" for drugs; threatening a black person with police and "getting away with it because they're 'black"; placing a knee on a black person, as they're screaming for air; treating black people like shit because "they're black, they're gang-affiliated, they do and sell drugs, they're rapists and murderers, and threaten white society"; fucking up black lives because they just exist.

It's SYSTEMATIC and it disgusts the world.

Perfection does not exist. If it did, racism would not exist and millions would not have to suffer. Perfect is the main concept of racists, as they consider their race to be pristine compared to filth and muck. That fixation creates a narrow-minded illusion of reality, and anger and fear to the things that they cannot change. But people, like Martin Luther King Jr. had a dream for prosperity of people of all diversity. As people of today, it is our job to understand one another and press forward for progress, walking together hand-in-hand, to fight for what is right and just for all.