History meets Hip-Hop: The Broadway Smash Hit 'Hamilton: An American Musical'
Odyssey
CurrentlySwoonLifestyleHealth & WellnessStudent LifeContent InspirationEntertainmentPolitics and ActivismSportsAdulting
About usAdvertiseTermsPrivacyDMCAContact us
® 2023 ODYSSEY
Welcome back
Sign in to comment to your favorite stories, participate in your community and interact with your friends
or
LOG IN WITH FACEBOOK
No account? Create one
Start writing a post
Entertainment

And the world turned upside down 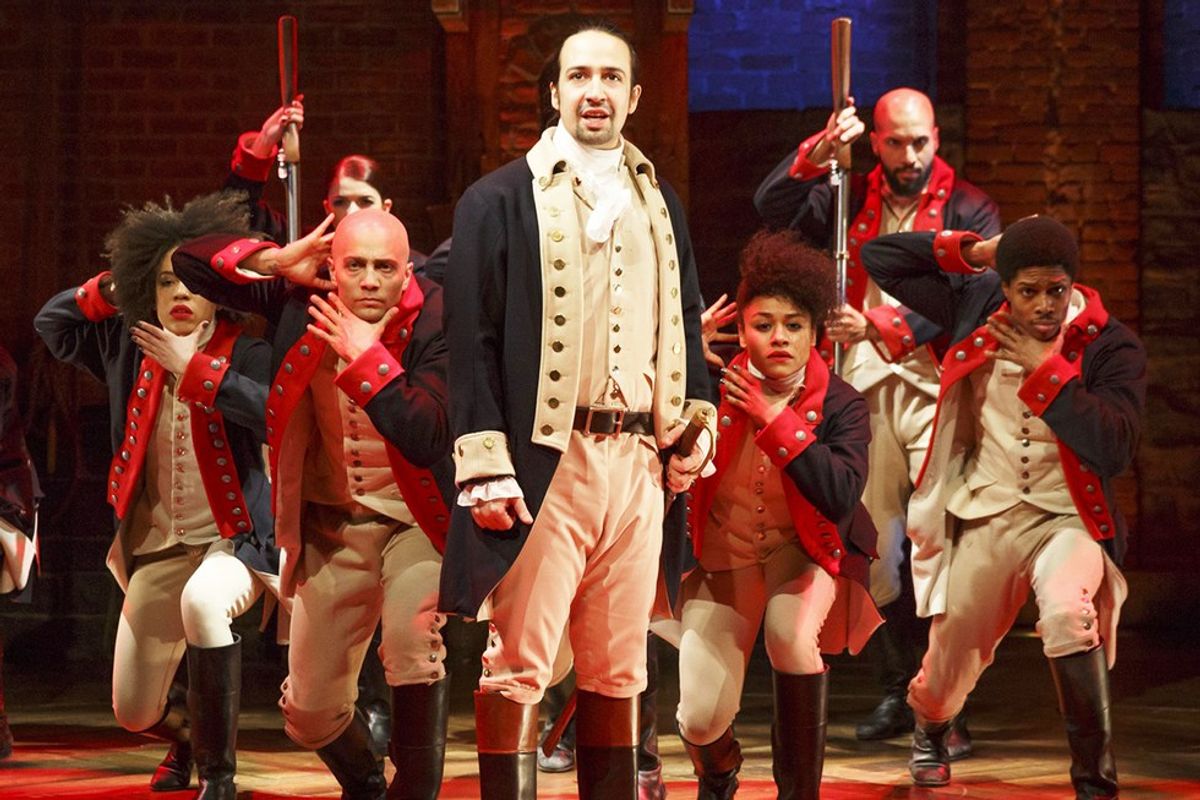 The hype is real: "Hamilton: An American Musical" is a smashing success. You see, Lin Manuel-Miranda is the epitome of genius. He took a notoriously boring subject such as the American Revolution and made it so exciting that people are waiting up to a year to get tickets to see the history unfold. The Hamilton soundtrack is even on the iTunes Top Charts ranking in at number 7.

It blows me away how a person could take a topic that many people would brush off and make it such a Broadway hit. Just a few months ago, seeing a show about the American Revolution made me cringe, but now I am just dying to get on a list to get one of the coveted seats for the show.

Although Miranda is not a part of the show any longer, it still maintains the integrity. The solid score is the pinnacle of the show.

The show opener of “Alexander Hamilton” is a stunner. The rap starts out with the verse “How does a bastard, orphan, son of a whore” and then proceeds to the first life lesson of the show, “theres a million things I haven't done, just you wait.” That line is the moral essence of the show as unassuming Hamilton rises up to success throughout the story to become America’s First Treasury Secretary.

Another life lesson outlined in the show is to never give up, as expressed through the song, “My Shot,” and even expressed deeper through the verses “And I’m not throwing away my shot!,” Hamilton exclaims. It is a motto of resilience that will be applied to everyday life as well as in the future as Hamilton continues to succeed. It is also a parallel to how Miranda started off by showing Hamilton in an off broadway setting first, before taking it to the big stage in the Richard Rogers Theatre in the Big Apple.

Although I have not seen Hamilton live yet, that does not mean I do not have a few favorite songs in mind. Without further ado, here are the top 7 songs (in honor of the iTunes chart ranking) I am most likely to be found singing at any given time: