An Odyssey/UMass-Lowell poll shows a majority of millennials would rather have a giant meteor hit Earth than have Trump as their president. 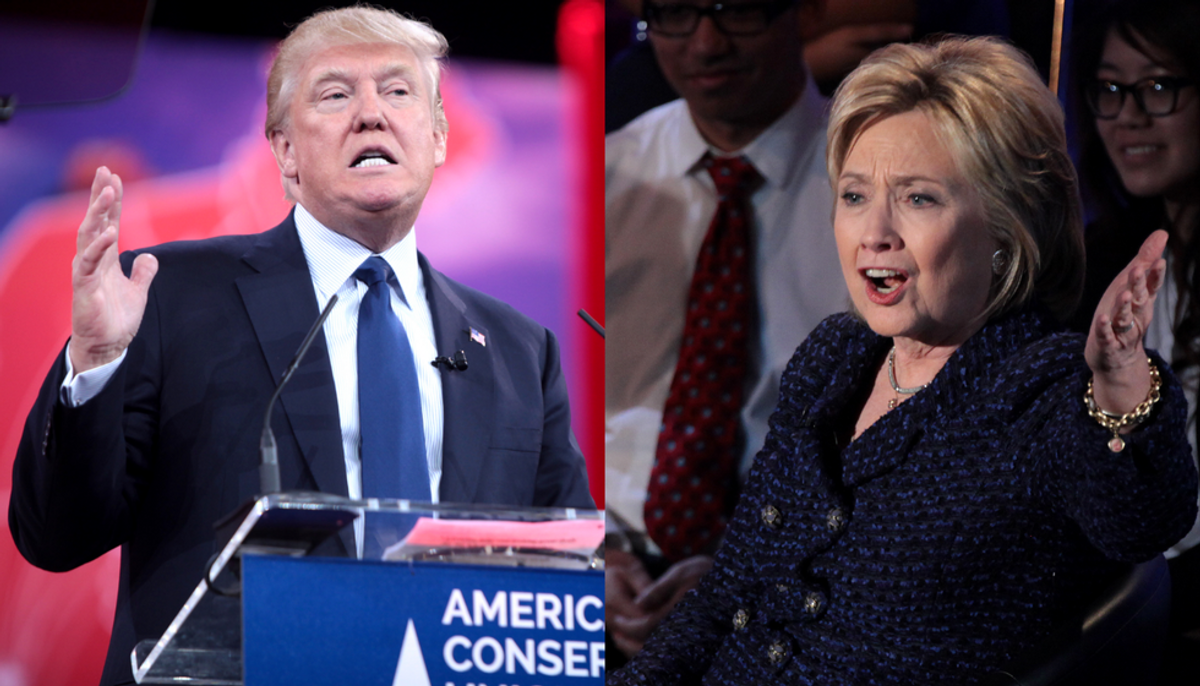 Whether honesty, authenticity, and trust are missing in this usual cycle is a matter of ongoing debate, but the results of Odyssey's new poll with University of Massachusetts-Lowell paint a clear picture.

If not entirely satisfied by our candidates, our craving for meaningful, authentic opinions can be satisfied by the Odyssey community, a collection of creators and readers empowered by the democratization of content. Our poll surveyed 1,247 millennials to express what they feel about this election. Some of the results were surprising, which, in this most unusual of elections, should come as no surprise.

A new Odyssey/UMass Lowell survey conducted from Oct. 10th-13th and released Tuesday shows millennials (18 to 35 year-olds) have widespread distrust of this year's presidential candidates. Seventy-seven percent of registered millennial voters say they would not describe Donald Trump as honest, while 64% would not describe Clinton as such. Despite the cynicism toward both candidates, millennials overwhelmingly support Clinton, 66% to 22% in a head-to-head matchup among likely voters. The poll has a margin of error of +/-3.2% for the full sample, +/-3.6% for registered voters, and +/-4.2% for likely voters.

Trump is viewed so negatively by millennials that clear majorities of them prefer some unorthodox alternatives to a Trump presidency: 67% would prefer a citizen be chosen at random over Trump; 66% would rather President Obama serve a life term; 55% would prefer a giant meteor strike the Earth, extinguishing all human life.

A majority of millennials would even prefer President Obama serve a life term over a Clinton presidency; 39% prefer a random citizen; 34% prefer the giant meteor.

When Libertarian and Green Party candidates Gary Johnson and Jill Stein are included, making for a four-way race, Clinton's lead over Trump shrinks slightly to 61%-22%. Interestingly, replacing Clinton with Bernie Sanders in a hypothetical head-to-head against Trump yields similar results, with Clinton also polling 44 points ahead of Trump among likely voters.

Regarding the now infamous "Trump tape" in which the GOP nominee can be heard making lewd comments to a television presenter in 2005, 56% said they have listened to the audio; 45% say the tape makes them less likely to vote for Trump; 14% actually said it makes them more likely to vote for Trump; 41% said it makes no difference, which may be due to the fact that 87% of Clinton voters and 81% of Trump voters say that their minds on the election have already been made up.

The Odyssey/UMass-Lowell poll also found that replacing Trump on the ballot with his running mate Mike Pence would make little difference among millennials.

Sixty-three percent say Trump should drop out of the race, including one-third of Republicans. However, when we replaced Trump with Pence, the Republican ticket doesn't fare much better. In a head-to-head matchup against Clinton, Pence trails 63%-21%, which is only two points better than Trump's performance vs. Clinton in a head-to-head.

Clinton's three to one advantage over Trump among younger voters is even larger than Barack Obama's margins of victory against John McCain in 2008 (34 points) and Mitt Romney in 2012 (24 points).

Please direct any questions or media inquiries about this poll to Michael Luciano at mike@theodysseyonline.com.