How Hillary Clinton Is Making A Giant Leap For Women Everywhere

Clinton made history for women and girls worldwide. 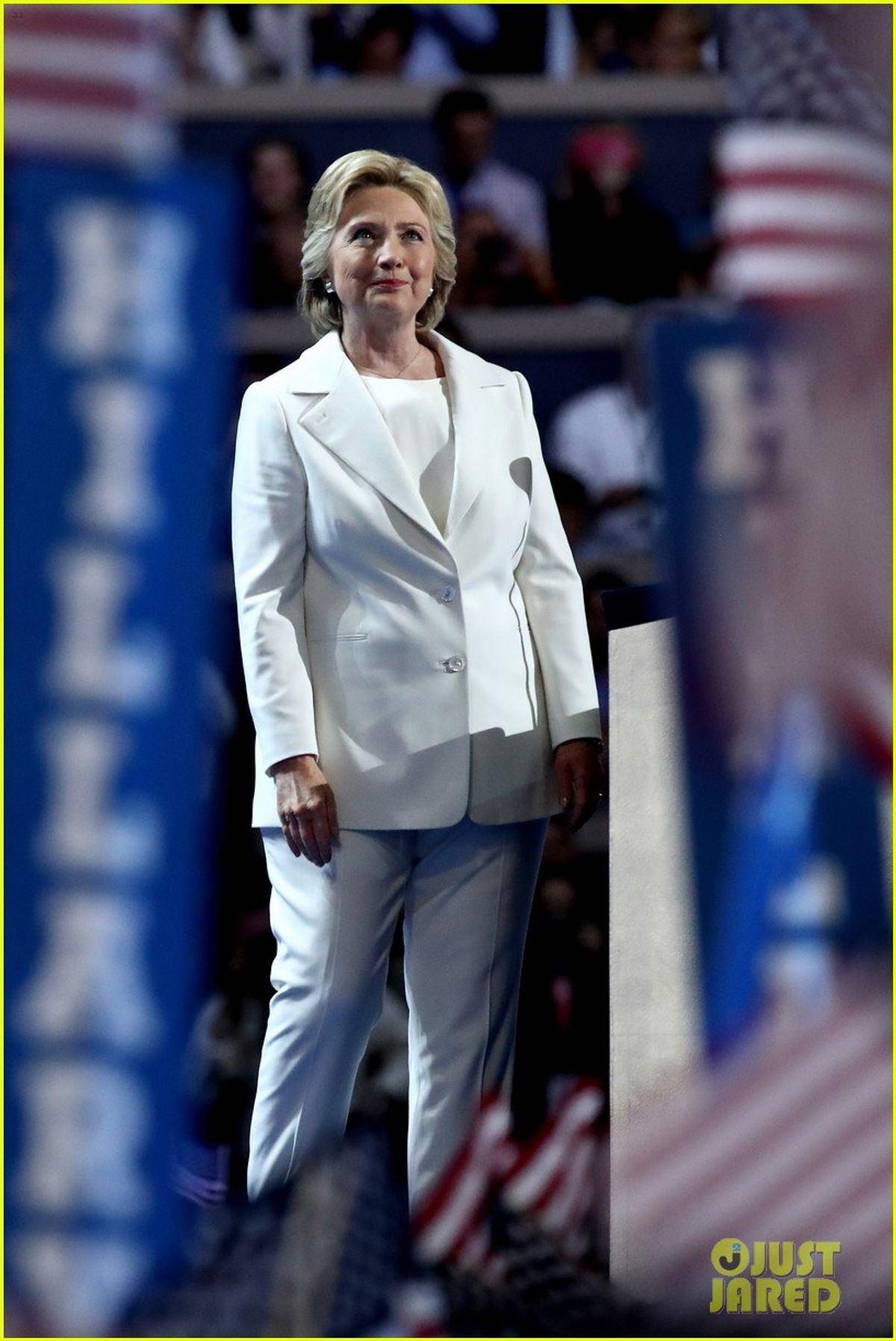 Unlike her opponent for the November 2016 Presidential Elections, Hillary Clinton is not new to the political stage. Clinton has been our nation’s First Lady, Senator of New York and Secretary of State. She also ran against President Obama in the 2008 election, but withdrew from the race before the 2008 Democratic National Convection - much like how Bernie Sanders did this year. On the last day of the Democratic Convention this year, Clinton accepted the presidential nomination and told all of her supporters and critics her plans for America if elected in November. Here are just some of the points she made during her speech.

Clinton started of her speech by thanking her family and the large crowd of supporters that showed up. She then proceeded in thanking President Obama and Vice President Biden for their hard work over the past eight years. Sanders, who was also in the crowd, was thanked for his efforts to change America as well. To the Sanders' supporters, Clinton told them that their efforts were not forgotten, because she heard them.

Clinton reminded her audience of a time many years ago: how our founding fathers were once separated by their beliefs of how the new colonies should be governed. However, in the end they all came together to make a decision that would forever change those colonies. She reminded her audience that to fix the issues in America, all of us will have to do it together; unlike her opponent, who said that he alone could fix America. To that comment Clinton states that he had forgotten about the military that protect us from harm, the police officers that risk their lives for the citizens of their communities, the doctors that stay overtime to ensure their patients well-being and the teachers that educate our youth.

Here are some of Clinton's plans, if elected President:

2. Supreme Court Justices to get money back from politics.

8. Affordable health care for all.

9. Women's equality in rights and wages.

11. Work with Sanders to establish a solution to student loan debt and free college.

14. Make billionaires pay their due tax.

15. Protect people from those who shouldn’t have access to weapons

16. Rebuild the trust between law enforcement and communities.

Clinton acknowledged the fact that there would be some that would doubt her ability to get any of her goals accomplished. She only smiled and said that she had done it before when it came to getting children with disabilities the right to an education. Clinton is truly a woman of the people and an advocate for women’s rights. Her acceptance speech made history as she was the first woman to ever accept a presidential nomination from a major political party. Finally, she promises to keep America safe and honor the men and women that do it.

“We have to heal the divides in our country.” “America is great because America is good.”

Caitlin Marie Grimes
University of South Florida
6757
Beyond The States