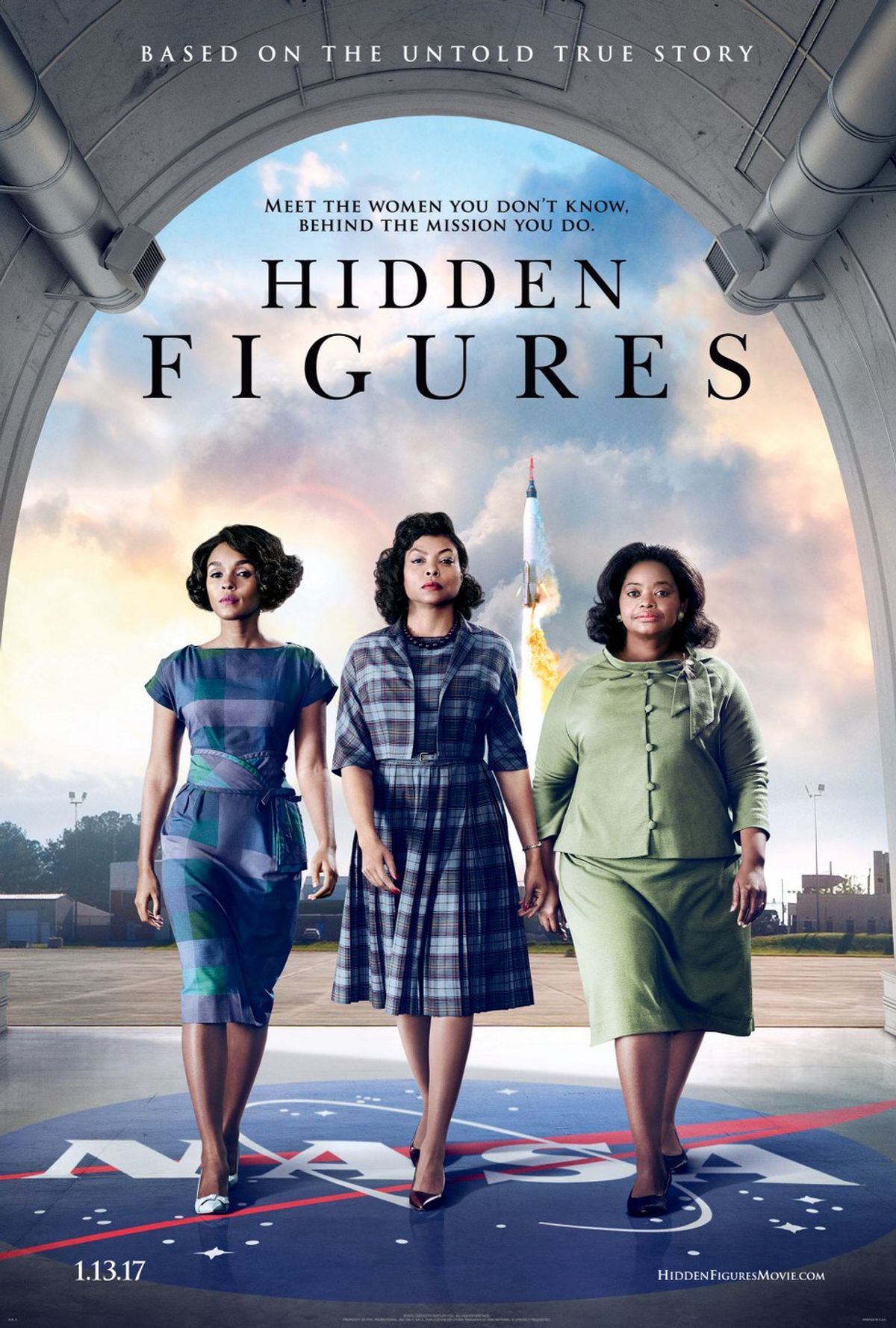 There is a scene near the beginning of Hidden Figures, where mathematician Katherine Johnson is walking with a military officer by the name of Jim Johnson she just met at a barbeque gathering. As they walk, Jim asks Katherine something that has to do with her current job at NASA, “They let women handle that kind of stuff?”. Without breaking a sweat, Katherine calmly replies, “There are twenty, bright, highly capable Negro women in the west computing group, and we're proud to be doing our part for the country. So yes, they let women do some things at NASA, Mr. Johnson. And it's not because we wear skirts. It's because we wear glasses. Have a good day.” Smooth move, Jim.

Hidden Figures, a great and inspiring biographical film, follows the life of three African American women working at the NASA site in Hampton, Virginia and their struggles to do good in a predominantly white environment. These are mathematician Katherine Johnson (Taraji P. Henson, excellent), supervisor and mathematician Dorothy Vaughan (an outstanding and priceless Octavia Spencer), and Mary Jackson (the talented and beautiful Janelle Monáe from last year’s Moonlight). The time is 1961 in the South, so of course, our three women were not greeted with the red carpet. Even the first scene, in which the three ladies are on their way to work when their car breaks down, has them being heckled by a nosy officer. How they end up being escorted by the same cop (I’ll never tell) gives us our first glimpse of these brave women. They refuse to be belittled for no reason, and it wouldn’t be the stop in their path to succeeding at NASA.

Each of the three lead actresses have equal moments to shine, especially the underrated Octavia Spencer (nominated for her role in the Best Supporting Actress category) as a woman working her way to a better position she rightfully deserves from all the grueling work she does on a regular basis. Their performances are key elements in the film because each has a different barrier in their same working environment, but the three carry that same beating heart with toughness to rise above those bringing them down. Henson (from 2005’s Hustle & Flow and the hit series Empire) is mesmerizing and heartbreaking as the brilliant mathematician who solved the calculations in the U.S. mission to allow the first person orbit the Earth. The film also stars an array of supporting roles, including a very good Kevin Costner as the leader of the Space Task Program division, Kirsten Dunst as a white supervisor, and Jim Parsons (nailing the racist attitude of the South with sleaze) as a worker at the Space Task Group.

The film is not so reliable on unearthing the darkness of racism in contrast to films such as Spike Lee’s magnum opus Do the Right Thing or Alan Parker’s Mississippi Burning. However, it is clearly evident as we see whites giving the three black women stares of disgust and awkward silences, all lined with racial tension. In other words, seedy actions are portrayed by white NASA employees in contrast to depicting stronger acts of brutality and violence or uttering the N-word at them.

Hidden Figures is a celebration for the life of the African American woman. Not many films deserve the honor of being labeled as inspirational, but these incredible women proudly represent inspiration that fuels our desires to succeed and strive within our own life. Regardless of racial obstacles and unpleasant individuals, these three brilliant NASA employees are barrier-breaking role models for everyone to follow into the path towards unity and cultural fruition.

The Importance of Poetry