Here's To You, President Andrews
Odyssey

Here's To You, President Andrews

Morehead loves you more than you will know. 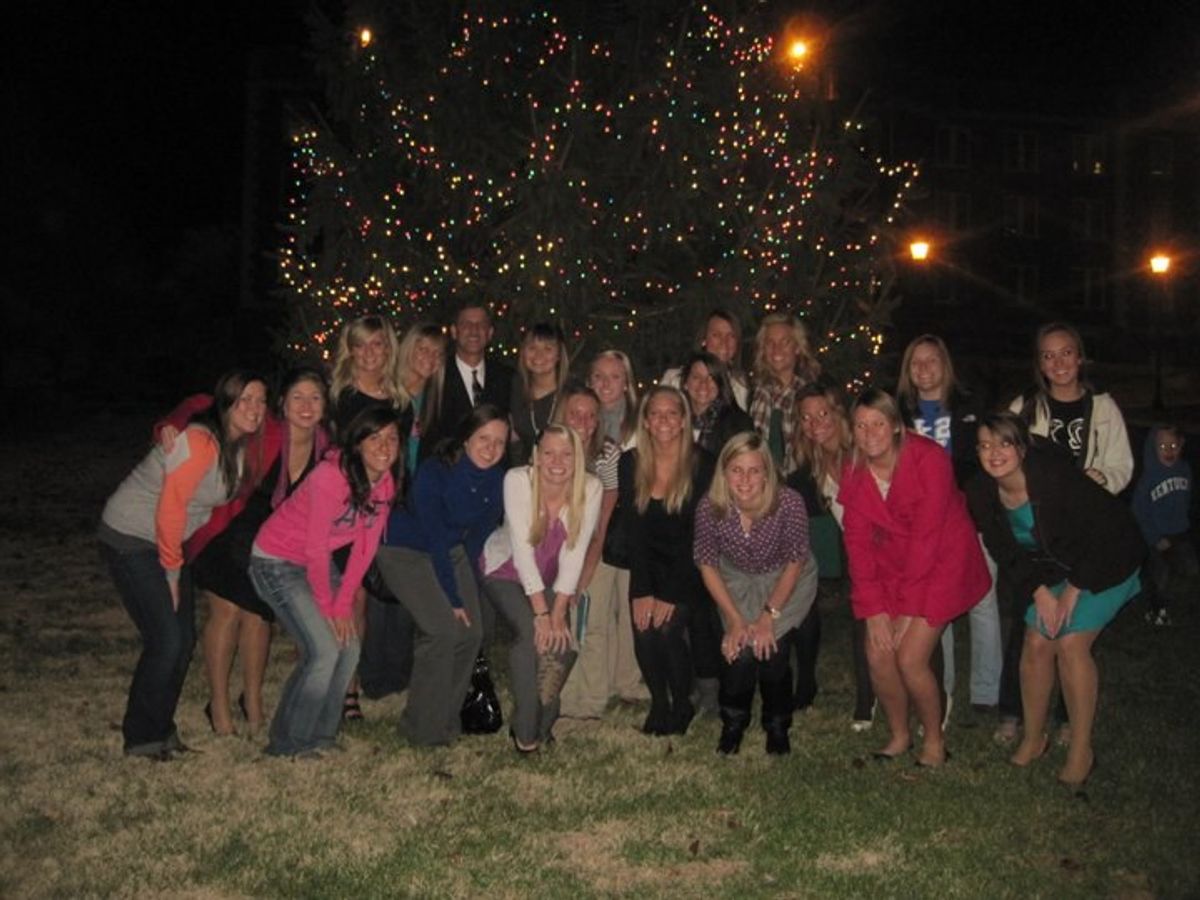 It's been a rough year for Higher Education in Kentucky, and it has been especially rough for Morehead State.

I began my education at MSU in the Fall of 2006, and it looked and acted like an entirely different university back then. Change was on the horizon, and I was fortunate to watch it happen all around me. More fortunate than that, I found my life's passion at Morehead State thanks to a great many of its staff inspiring me to follow in their footsteps toward a career in Higher Ed. Mike Esposito, Dr. Kevin Koett, and President Andrews were among them. While I have been able to remain in contact with the former two beyond my college years as they've mentored me along the way, Dr. Andrews is a bit busier and I didn't have the opportunity to add him as a mentor.

But that doesn't mean that he wasn't impactful. Heck no! I will never forget the first time he sat down at the Chi Omega table in ADUC and proceeded to join me and a few of my sisters for lunch. He asked us questions about school, of course, but he was also interested in who we were as people and what drove us. He made a point to sit with many groups of students in ADUC, and I think it's telling that he wanted to be so connected to us. At my last Morehead Family Christmas Party, Dr. Andrews was tickled when a large group of Chi O's (myself included), asked for a photo with him in front of the Christmas tree outside his house. His words for us were, "There's nothing better than a sorority girl, not even a fraternity guy." Girl power.

The most touching memory I have of Dr. Andrews was at the memorial service Morehead State held for Dr. Terry Irons. I had graduated by then and accompanied a few friends to the service to remember my favorite Linguistics professor. Of course President Andrews took the time to speak, and then asked us to stand and close our eyes. I didn't know what to expect, but then I heard a sweet baritone singing "Swing Low, Sweet Chariot" and immediately choked up. It was beautiful to see our university's President be vulnerable in that moment, as he was saying goodbye to a colleague.

I'm sure not everyone shares my opinions about the choices Dr. Andrews made for the university, particularly in the wake of the budget cuts public colleges and universities are facing in Kentucky. One thing I will not accept is anyone saying that he didn't try his best for us. He spoke up when others remained noncommittal or completely silent. He fought his hardest against an ill-advised and destructive budget proposal because he knew what would happen to the school he has loved so well. Those of you who don't know what he's done, take a walk through campus and imagine it without the Rec center, without refurbished or brand new residence halls, without the CHER building, without the Space Science Center. We wouldn't have those things if it weren't in large part for a dedicated University President. He loved us and he loved Morehead State dearly.

Thank you, President Andrews, for all you have done and have yet to do. I sincerely hope that your successor will be as passionate about our university and about Higher Education as you have been. You are wonderful and you will be missed.