How To Survive Hell's Itch

Do Your Best To Avoid Hell's Itch This Summer, It's From Satan Himself 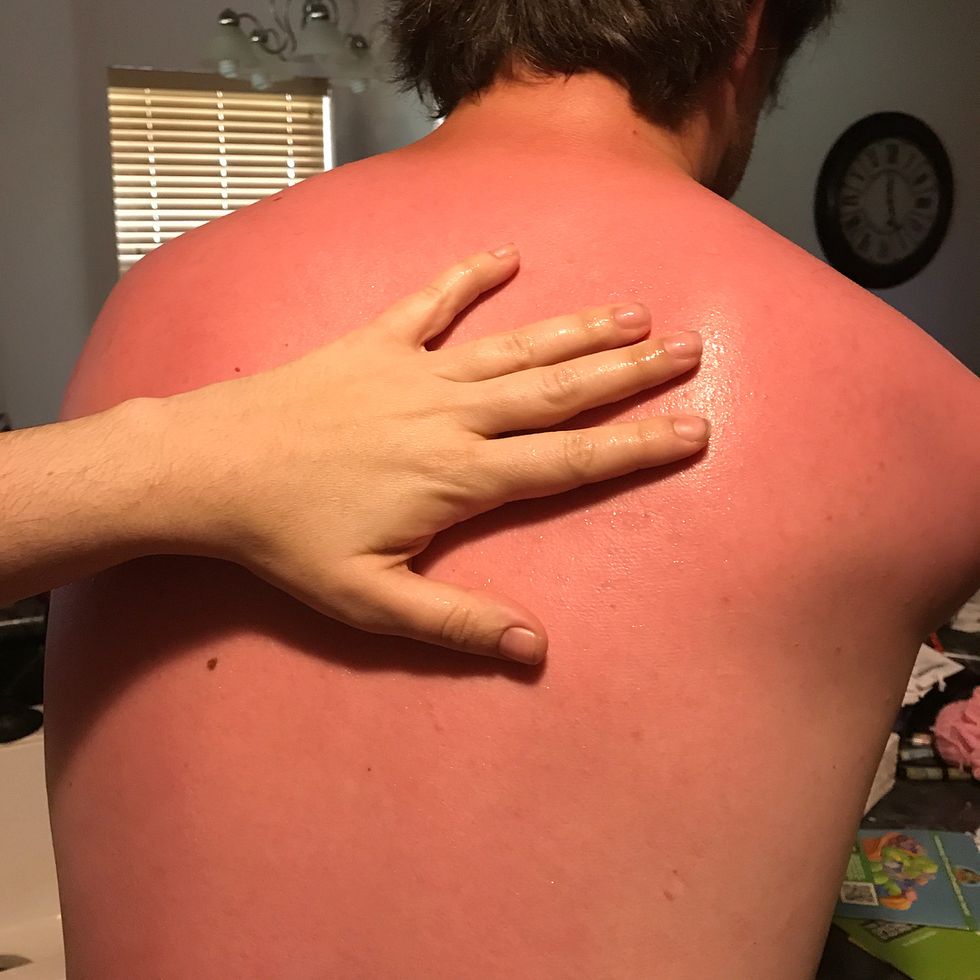 Before this past week, I have never heard of Hell's Itch and if I had, I honestly wouldn't have thought that it had anything to do with sunburn. However, after a whole unfortunate situation and much Google searching, here I am. This new and improved me knows not only what Hell's Itch is, but also first hand what it feels like and I am committed to warning everyone about it.

For those who don't know, I have a very fair skin tone, which is a nice way of saying translucent. I've never been a tanner by any sense of the word, I don't like to tan because it's boring to me, and my skin certainly does not like to tan either. Regardless, I understand that paleness stands out quite a bit in the summer, especially now that I'm living on an actual island.

So here I was, thinking maybe I would actually try to tan for once so my paleness wouldn't blind people. I lay in the sun by the pool for an hour. An hour. I even timed it, a half hour on my stomach and a half hour on my back. Of course, I applied sunscreen, but only to my face and my tattoos because I wanted to ensure a good tan. I realize now that that doesn't actually make any sense, but I'm a different person now than I was last week.

About two hours after I come inside, I realize that I am a lobster. I have undergone a species transformation in an hour and I am no longer a pale human girl, but a gigantic sad lobster. Everything hurts, you know the drill, I'm sure you've probably had sunburn before. Fast forward 48 hours.

After a long workday, I'm happy it's finally Friday and I take a shower and climb into bed, ready to pass out until noon on Saturday. You know what? That certainly did not happen because out of nowhere, I get an urge to itch my back so intense I actually yelp. Of course, I give it a scratch. I had assumed that this would fix it but I was sadly very wrong.

Instead, the itch got much worse and spread across my whole back and felt like it extended below my skin. I then decided to itch it harder and everywhere, which still helped nothing, in fact, it made everything worse and added immense pain. Luckily, this whole ordeal only lasted around 15 to 20 minutes for me. However, for some, it lasts much longer.

Hell's Itch is a condition that can come with even a minor sunburn.

It's relatively uncommon, explaining why most people have never heard of it. It typically sets in around 48 hours after the sunburn occurs, and can last up to the same amount of time. Some people have described the feeling as similar to fire ants crawling in your skin and find the pain unbearable enough to visit the hospital. When the affected area is scratched the pain worsens, leaving the victim to feel helpless.

Since not much is known medically about the condition, home remedies are the best you can do to treat it. I personally find that regular aloe with no additives works the best. Another tip is to try rubbing gently at the affected area to alleviate the itch without causing pain or more damage to the tissue.

While it is possible to power through the intense itch and pain at home with treatment, it is altogether best to attempt to avoid it. When outside, always wear sunscreen. If you know that you're like me and don't tan very easily, don't attempt it without plenty of protection from the rays of the sun. Stay safe!

summer
Report this Content
This article has not been reviewed by Odyssey HQ and solely reflects the ideas and opinions of the creator.