Hello, America? It's Me, Sexism
Odyssey
CurrentlySwoonLifestyleHealth & WellnessStudent LifeContent InspirationEntertainmentPolitics and ActivismSportsAdulting
About usAdvertiseTermsPrivacyDMCAContact us
® 2023 ODYSSEY
Welcome back
Sign in to comment to your favorite stories, participate in your community and interact with your friends
or
LOG IN WITH FACEBOOK
No account? Create one
Start writing a post
Politics and Activism

Hello, America? It's Me, Sexism

Hillary Clinton is still fighting a battle against sexism 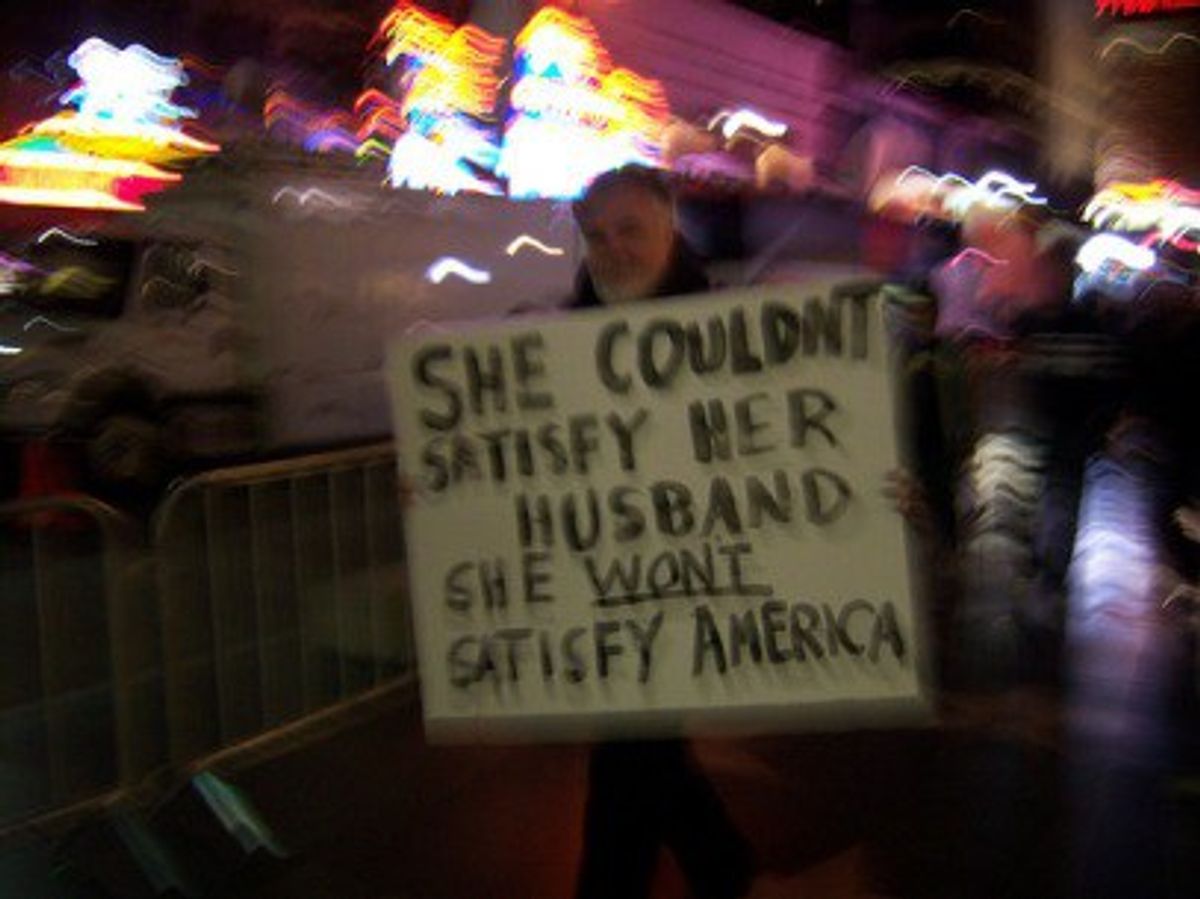 The subtle sexism of today is -- if not as blatant --perhaps more damaging to the psyche of women, and for the purposes of this article, Hillary Clinton's presidential campaign. All you have to do to to see the subtle sexism leeching through American politics is to go on Twitter.

Over the past few weeks I've seen a meme that shows a clip of Bernie Sanders, a man who has acted with decency and respect throughout the entire campaign process, responding to a claim made by Clinton during a debate. It wasn't his response that was sexist, the entire point of political debates is to offer rebuttals and dismantle your opposition's credibility. It's the caption attached to the clip that rings of sexist undertones, the caption reads, "Put her in her place." What exactly is that place? Is it the kitchen? Is it a knitting circle? Most likely the fans of that video would prefer to "put" Clinton and smart, intelligent women anywhere away from national politics and power.

That meme is just one example of the vitriolic and sexist attacks Clinton has been forced to endure, not just with her current campaign but throughout her entire career. Remember back in the '90s when she was ripped apart in the press for saying that instead of continuing her thriving law career during her husband's political rise, as wished, she could've "stayed home, baked cookies and had teas" to satisfy the criticism coming from fellow politicians about her role as a high powered career woman and political wife.

The press tore Clinton apart for apparently disrespecting women who chose to forego careers in favor of cookies and teas. My question is why wasn't Clinton celebrated as a woman who defied expectations? Why did her own personal choice have to represent an entire nation of women? I wonder if men in the '90s thought the choices of one woman could ever possibly reflect the diverse and independent choices of every single woman in the world.

Cookies and tea aside, Clinton has faced an uphill battle that her opposition never has. For some reason, in this country people still cringe at the idea of placing a woman in charge (and if you don't believe me, just Google Fox News sexism and you'll be convinced), and people still can't help but allow antiquated prejudices to affect their politics and Twitter feeds. You can say whatever you want about Clinton's politics -- that's the beauty of American politics -- but just think about the connotations before you retweet a meme about putting a woman in her place.