I Left My Heart In The Streets Of Jerusalem

I Left My Heart In The Streets Of Jerusalem

How 26 days changed my life. 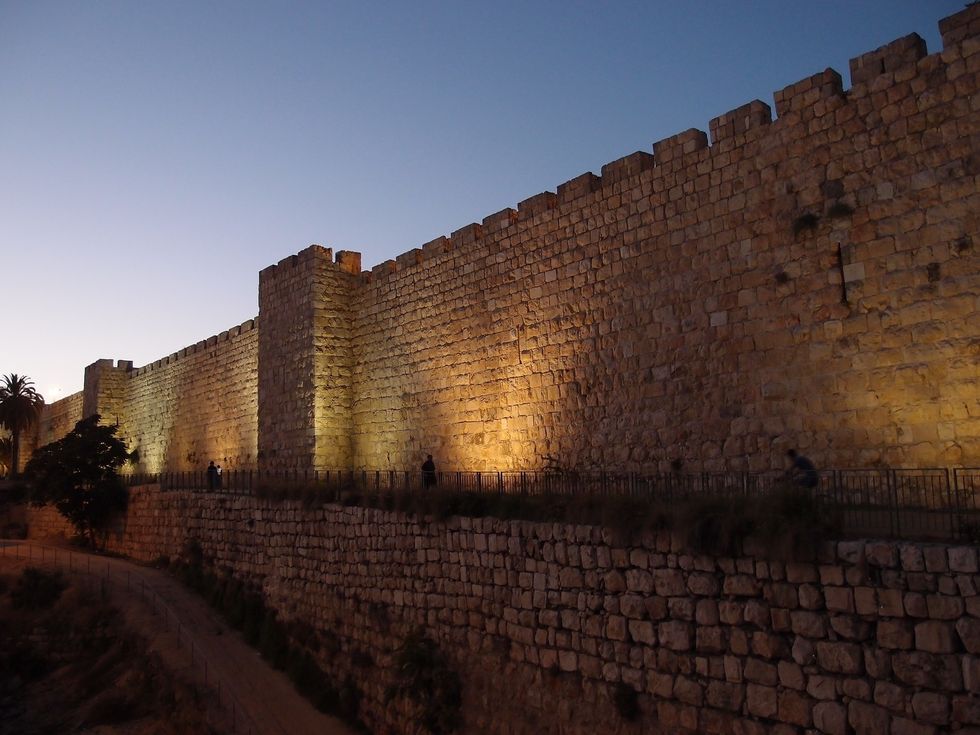 Some people take months to develop a love for something, be it a food, drink, or person. For others, it takes an instant. Example: the first time I had chocolate, I was hooked. But for me, it took 26 days to realize just how deeply I had fallen in love with Israel, her people and their incredibly rich culture.

The nickname "melting pot" has largely referred to the United States and the diverse mixture of cultures that call America home. It never occurred to me that the term might perhaps be applicable to other countries, too. Walking the streets of Tel Aviv and exploring the alleys of the Old City made me realize that the U.S. is not the only "melting pot" around.

When walking through Jerusalem, you could count to 10, and in those 10 seconds, you would have passed by a Muslim, an Orthodox Jew, an atheist, and a Druze. It was exciting how prevalent the religious diversity was! Some of my favorite memories from my trip are of a friend and I people-watching on a veranda above a busy intersection. In Jerusalem, you are surrounded by such a rich mixture of religions and cultures, and it was wonderful to just observe and soak them all in.

For me, the political conflict surrounding Israel had distracted me from recognizing that it was more than just an actor on the world stage. It is so much more than that! It is a country that has mountains, deserts, beaches, and luscious valleys. It is a place where religion is a crucial element to culture and community. It is a land of wandering nomads, banana farms, and advanced technological centers. Visiting the country in person made it seem more than just the one-dimensional figure that the media so often portrays it as.

Going to a new country challenges and grows you. Your horizons are broadened as you are exposed to a new set of customs, traditions, and peoples. It reminds you that the world is so much bigger than the small corner you've grown up in.

Let your takeaway be this: go to Israel. When you touch down in Tel-Aviv and step outside, you'll feel jet-lagged and nearly dead. But once you walk the moonlit streets of Jerusalem and gaze at the Old City walls painted orange by the streetlights, you'll find yourself falling in love!