This new addition at all three PJ's Coffee shops on campus is more than meets the eye. 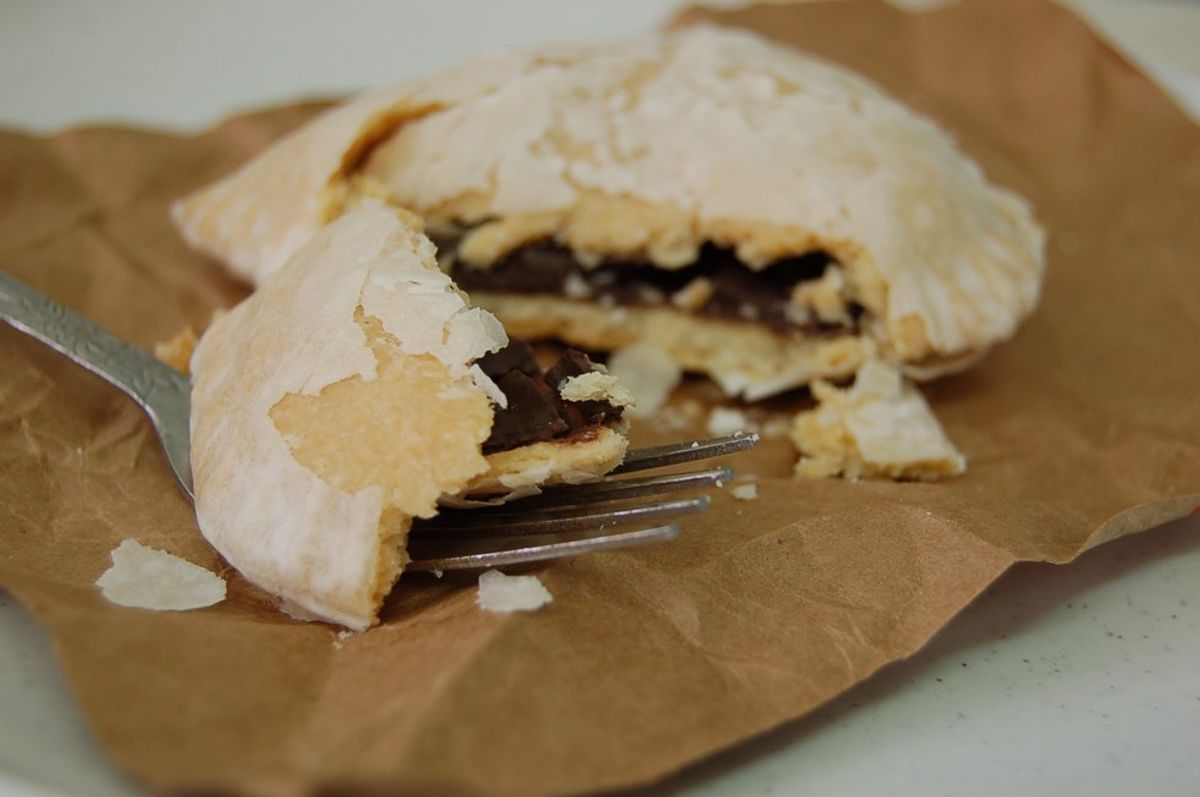 To the average Tulane student stopping by a campus PJ's for a cup of local flavor, the new selection of "Gourmet New Orleans Hand Pies" from Haydel's Bakery displayed atop the pastry case may not seem all that significant. That's because none of Tulane's current undergraduate population—save our Louisiana natives‚has been here long enough to remember Hubig's Pies, a once-beloved Big Easy treat that has been absent from the city since 2012.

The Simon Hubig Pie Company was founded by its namesake, a Spanish immigrant and World War II veteran, in 1922 in Fort Worth, Texas, with several more locations throughout the south following soon after. The New Orleans location on Dauphine Street, however, was the only one to survive the Great Depression - perhaps a testament to the persistence of this city's sweet tooth. The company's hand pies, which were fried in lard and had a variety of fillings like fruit and chocolate, had remained popular ever since, with about 30,000 being baked daily and shipped to vendors throughout town. Even Hurricane Katrina couldn't stop Hubig's; production was quickly resumed after only a four month post-storm halt.

Alas, in 2012, another disaster struck. That July, a fire broke out that destroyed the entire factory. Although no one was harmed, nothing could be salvaged. The many fans of these famous pies cried out for a rebuilding, but their cries have been left largely unanswered. Four years later, there has been little to give locals hope for a return of Hubig's.

One of the first attempts to fill the void came when District Donuts opened District Hand Pie and Coffee Bar at the corner of Magazine and Arabella in early 2015. The quaint bakery offered some seriously fancy pies, ranging from one with strawberry filling and avocado frosting to a "brookie" pie to savory options like a red beans and rice rendition. However, after only about a year of business, the company decided it would be best to keep their focus narrower and did away with the hand pies, now serving only the same donuts at all three of their locations.

There was no question, it was time for a hand pie renaissance. Enter: Haydel's Bakery. Long renowned as one of the best purveyors of Mardi Gras king cake, this Jefferson Highway shop released its alternative to Hubig's on September 8th, 2016, causing quite the commotion throughout the city. With current flavors of lemon, apple, chocolate, and cherry, the pies are baked rather than fried, making for a light and flaky crust. Originally, the pies were only carried at Haydel's and Fleurty Girl locations, thanks to the recent wedding of Ryan Haydel (grandson of the Haydel's founder) and Lauren LeBlanc (founder and owner of Fleurty Girl).

But, low and behold, as I dragged myself downstairs from my dorm to the Willow PJ's for a latte one morning, I discovered that everyone's favorite campus coffee shop had started carrying the new pies, too. Excited, I picked up a chocolate one to try later. Never having tried Hubig's, I can't exactly make a comparison, but it definitely makes for a yummy pastry treat. It seems that chocolate and apple sell the fastest each day, so get there early if you want a full selection. I think it's safe to say that these pies will not only be a popular new commodity around here, but also that they're a worthy addition to a rich hand pie history. So fellow Tulanians, next time you pick one up at PJ's, you can appreciate that, as with so many foods in New Orleans, you're taking a bite of the city's culture, too.

Caitlin Marie Grimes
University of South Florida
6968
Beyond The States