Don't Call Me A Hater For My Opinion

Don't Call Me A Hater For My Opinion

Just because I believe something different than you doesn't mean I'm a hater. 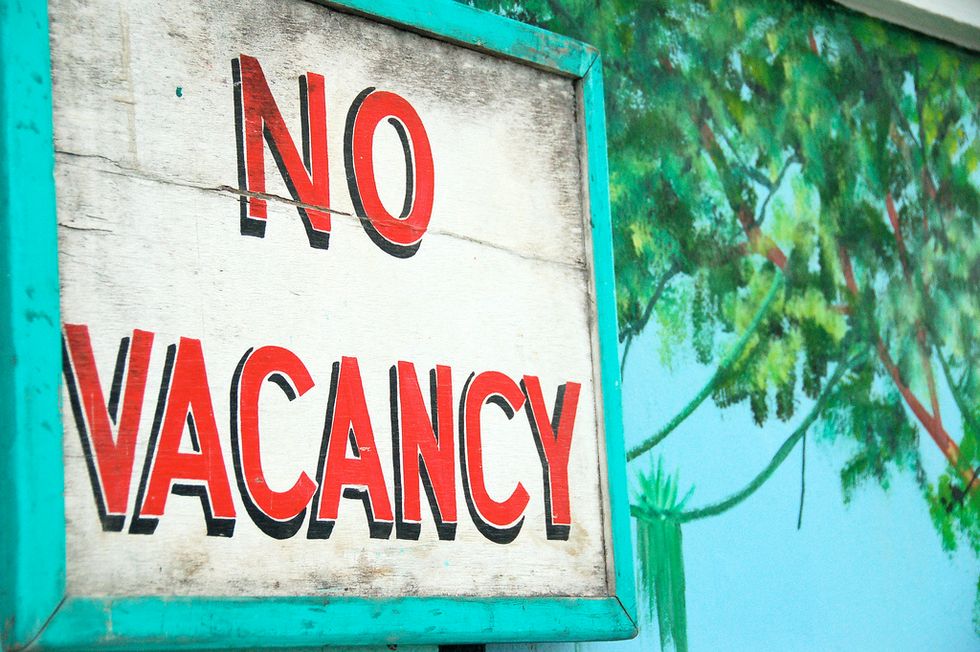 While strolling through Kingstreet in charming Old Town Alexandria, you might see signs in the windows of restaurants and shops, that say, "No Vacancy for Haters." The question begs, "What makes a hater?"

If I say my favorite color is pink, someone can call me a hater, bigot, or racist because I am excluding the other colors in the rainbow. If I exercise my right to speak my opinion, someone that disagrees can call me every rude name in the dictionary and label me a hater. However, as a conservative, if someone else says something with whom I disagree, I am expected to be silent. As a conservative, there the stigma that anything that comes out of my mouth is hate speech and that I am violent. Anyone who knows me can vouch for the fact that both of those things do not represent who I am.

My brother recently had someone comment on his Facebook and call him all sorts of things that were so far from the truth it is almost laughable. The people that refuse to be tolerant, comment harsh things behind the safety of their phones and throw out false accusations and rude words are the real haters. Recently, White House secretary Sarah Huckaby Sanders was kicked out of a restaurant in Lexington, VA because she works in the White House.

Did she retaliate, scream, flip over tables, or curse the owners out? No, she kindly, respectfully left. Who looked like the hater there? Sanders or the owners? Since "hate" hasn't been defined in 2018, I'll leave that decision up to you. Maxine Watters recently told her supporters to harass people who work in the White House.

And Conservatives are considered the haters? This evil woman is encouraging violence and horrible mistreatment of human beings who deserve respect no matter who they are or who they work for. I wonder what she would think if the tables were reversed? If she walked out of the White House and was harassed by conservatives, chaos would ensue.

Now, for those who are thinking about the immigrants, allow me to kindly remind you they are illegal immigrants. Those who go through the legal process are welcome. We are a nation of immigrants but we are also a nation of laws. There are a right and legal way to do things, and if immigrants or citizens refuse to follow the rules, they will face the consequences. If you were staying at a friend's house, and you knew they had rules, would you willingly do everything you could do disregard them?

If so, you would hurt your friend, their family, and face consequences of your actions. It is no different for illegal immigrants. If they expect to come to America, they must follow the laws and procedures of our country. Of course, as a Conservative, this belief makes me a hater-not simply someone with an opinion that believes in the legal process.

I was recently digging up an article I wrote about chivalry, and I stumbled upon a website where people were tearing me and my article apart. They called me and my article horrendous words and phrases. These people do not even know me, yet they are disrespecting me online from behind computers where they have fake usernames. They are cowards, and they are the haters. Why wouldn't they be? Someone is targeting me and an article I worked hard to write that defends men and is a call to action for women.

Again I ask, who are the haters?

Conservatives are torn apart by CNN, liberals, and Democrats for having an opinion, and are called haters. Leftist propaganda, disrespect, and cruelty are praised by the media. Why is something as harmless as an opinion considered hate, but something mean and character destroying considered the moral high ground? I believe it's because conservative views challenge ideas that people aren't able to defend so instead they go to the only thing they know: hate.

opinion
Report this Content
This article has not been reviewed by Odyssey HQ and solely reflects the ideas and opinions of the creator.