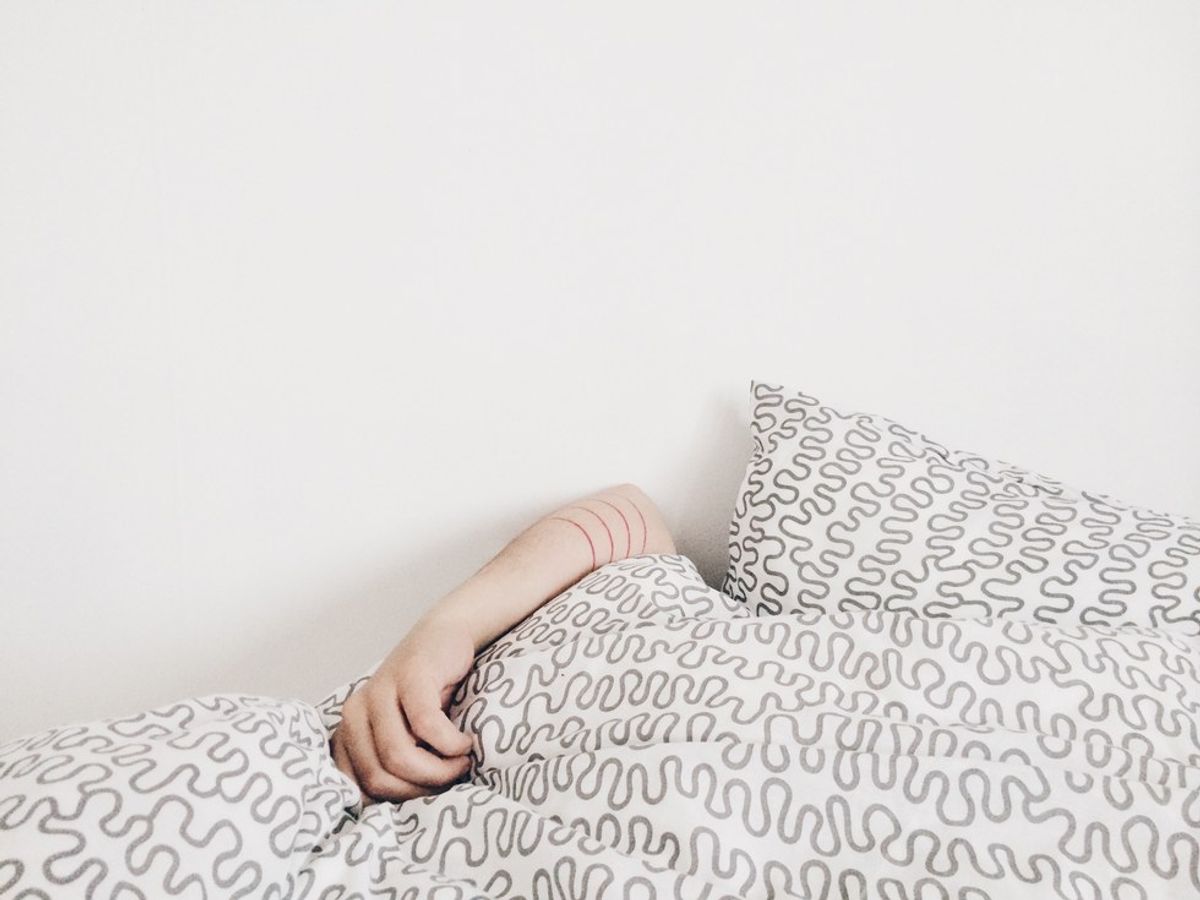 I’m a compulsive planner. I live based off lists that I scratch down in an embarrassingly big number of notebooks I have laying around. I plan my outfits, my meals, my workouts, my lunch dates—every meticulous hour of my day because when I plan, I feel as though I have some semblance of control over my life. You’d think, then, that I would love New Year’s and the opportunity it brings to plan out the next twelve months, virginal and untouched by the past and only awash with the promise and hope of good things. Well, dear reader, you’re wrong.

I hate New Year’s for a number of reasons, but mostly because I feel this insurmountable pressure to set unrealistic resolutions for myself. I inevitably don’t complete them because, well, life gets in the way. December 31 rolls around and I begin to reflect on how I didn’t spend the last fifty-two weeks eating gluten free, saving my money, or growing my hair out. It’s a sick cycle that I’ve become all too well attuned to over the last twenty-one years, the majority of which have been spent setting and forgetting about the same six resolutions:

Grow my hair out.

It’s safe to say that as I sit here, writing on my laptop, checking the LOW ACCOUNT BALANCE notification on my phone, and chubby with short hair, that I have successfully managed to spend another year not fulfilling my resolutions. I don’t even touch upon the “be nicer” sentiment because in no universe have I become any less hostile towards slow walkers, loud chewers, or general idiots. That would take the second coming of Christ at this point.

2017 is teed up to be an unremarkable year for me. I realize what a pessimistic mindset that is to have to ring in the New Year, but compared to years past, I’m not gearing up to celebrate any major milestones—I’m not starting college, I’m not entering twenties, I’m not leaving for London. But that’s just fine by me. See, I’ve realized that it’s not going to take just 365 days for me to be a better person. In fact, those past several remarkable years have helped make me who I am today. It wasn’t a one-year transformation; it’s been 21 years.

Regardless of what this year brings, I know it’ll be an opportunity for growth and love and learning and living. I have no idea what the next twelve months will bring when that clock strikes midnight, but I know that surely 2016 prepared me for it. This past year alone prepared us all for an apocalypse, but for me personally, it showed me a lot about myself that I’ll carry with me into the New Year.

For starters, having a Cheeto-dust-covered wet rag elected as our commander-in-chief was a bummer, to say the least, but it only ignited a fire deep within me and made me even more outspoken and fearless about being a feminist than I was before. Death upon death of admirable social figures demonstrated how resilient we are as a society, and some personal losses showed me that I can handle whatever life hurls my way. Love overcame hate as together we rallied together in support of all those affected by the Pulse club shooting, the Nice attack, and unfortunately many other tragedies we saw this year, and I found it within myself to use writing as a weapon to speak out against gun violence. 2016 should not be looked at with condemnation, but rather as a springboard of optimism for the year ahead.

Maybe it’s best that 2017 is an unremarkable year, not just for me, but for everyone. After the hijinks and turbulence that 2016 brought, we could all use a breather of a year that won’t make its way into history books. There was a unanimous agreement that 2016 was hell, and we all need to band together to make 2017, well… not 2016. We need to grace this year with kindness and acceptance and understanding. Just like with me, the world isn’t going to change in a mere year. It needs more time to grow than we’re giving it. We can’t expect people to abolish their ignorant, racist, sexist, hurtful, violent, and generally hateful ways in a day; unfortunately, some people have been grown and nourished by a toxic light and we must replant their seeds of intention before they can contribute anything positive to feed society.

In the meantime, set aside your planners and notebooks and focus on the now. We made it out of 2016, and so did Betty White. That’s a reason to celebrate.