10 Major Milestones President Trump Has Achieved In Just One Year
Odyssey
CurrentlySwoonLifestyleHealth & WellnessStudent LifeContent InspirationEntertainmentPolitics and ActivismSportsAdulting
About usAdvertiseTermsPrivacyDMCAContact us
® 2023 ODYSSEY
Welcome back
Sign in to comment to your favorite stories, participate in your community and interact with your friends
or
LOG IN WITH FACEBOOK
No account? Create one
Start writing a post
Politics

10 Major Milestones President Trump Has Achieved In Just One Year

Here's to the next seven! 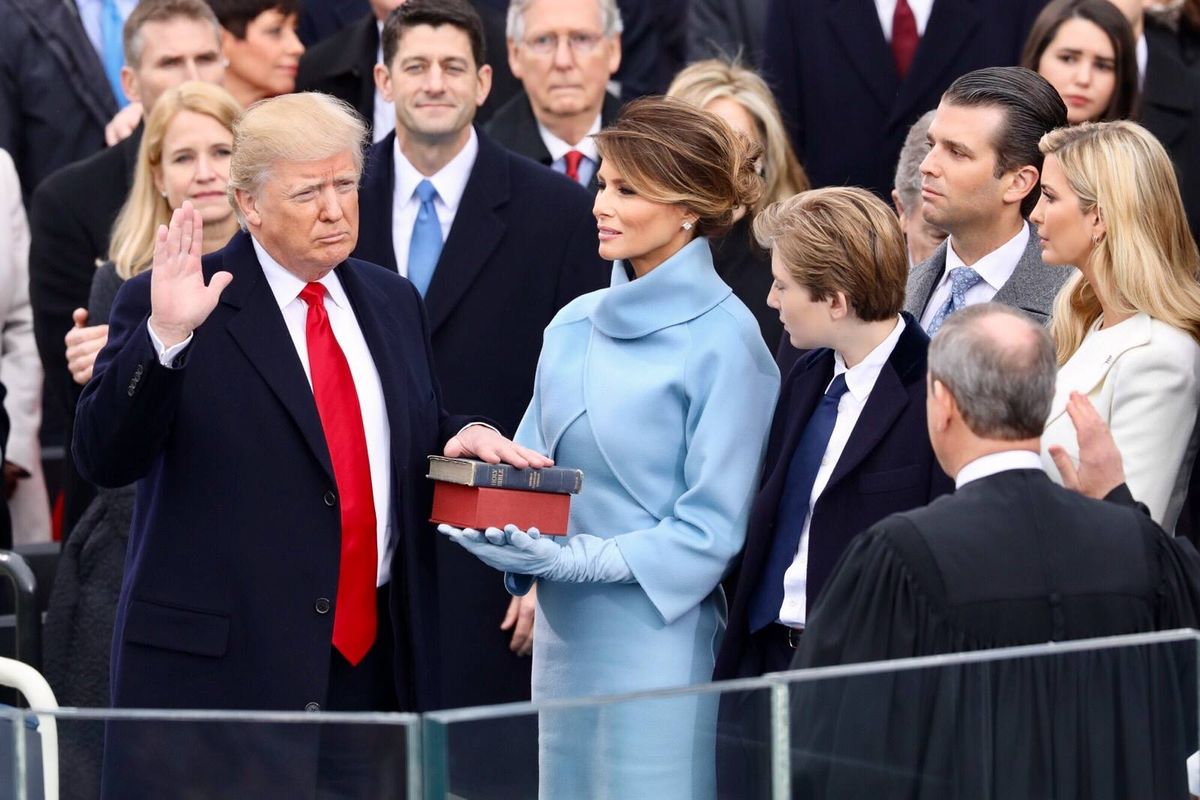 It's been a year since Donald Trump was inaugurated as President of the United States, and we are all still alive!

We still have food! And money! And freedom!

We also still have all those people who swore that they would leave if he won, but other than that, it's been a pretty great year. Kim Jong Un definitely hates us more than he did a year ago, but we all know that the media has hyped up that situation way more than what is actual reality.

However, let's not shift the focus. In the last year, Donald Trump has caused more controversy than any other president we have ever had. He tweets with no regrets and little care for grammar, and it pisses people off. He has fearlessly stood up for what he believes and speaks what is on his mind. Donald Trump has displayed his full capability of being brutally honest, harsh, determined, and fully American.

These characteristics have labeled him as unprofessional and far from presidential, but this is what the #MAGA train loves most about The Donald.

But we love him for more than just his unusual personality. We love him for what he has done to make America great again. He has kept his campaign promises, and although we still have yet to see "The Wall," the time will come. It's been quite the year, so in celebration of Trump's one year anniversary, here's a little recap.

1. The stock market continues to hit it's all-time high, reaching 26,000 this past week.

2. According to the National Conference of State Legislatures (NCSL), unemployment is at 4.1%, which is the lowest we have seen in 16 years.

3. Neil Gorsuch was confirmed to the U.S. Supreme Court, filling the vacant seat and marking a new majority for Republicans.

5. Hundreds of regulations in the business sector have been lifted, saving the White House hundreds of millions of dollars.

7. The United States withdrew from the Paris Climate Agreement, ending energy regulations that would have destroyed hundreds of thousands of jobs. Now, the private energy sector can open the door to innovation without harming the taxpayer's wallet.

9. In December, Trump signed a groundbreaking tax bill that will lower taxes across the board, increase deductions, and eliminate the mandate to purchase health insurance.

For Democrats, this list is their worst nightmare. But for the Trump-loving, conservative Republicans, it's a dream come true. Finally, a president who has kept his campaign promises and won't stop until America has returned to its full potential. He's arrogant and far from perfect, but he loves America with all of his heart, and that's what America needs.

Here's to the next seven. And of course - MAGA!

Nicole Marie Nigro
Individual Creator
8642
c1.staticflickr.com
Where to start...... Let me start with the cliche that life throws us curveballs and what we do with it is what counts.